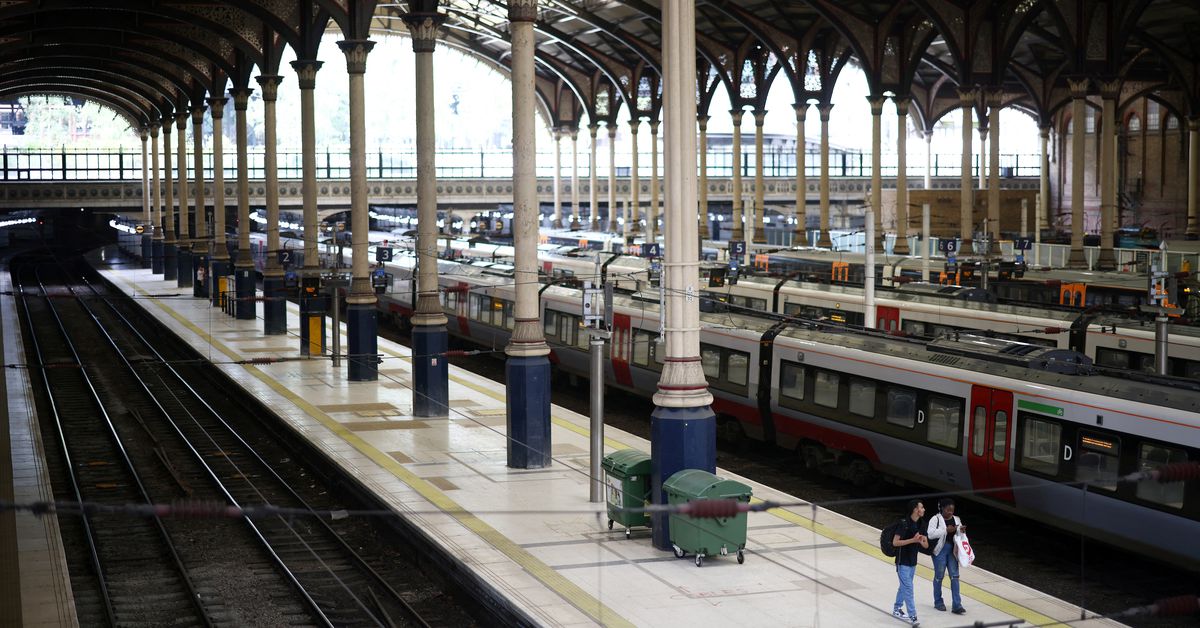 British rail and transport workers have voted in favour of strike action in a dispute over pay on Monday as the threat of more disruption looms across transport network.
Britain faces a summer of disruption as workers struggle with the rising cost of living, spiking inflation and surging energy prices against a backdrop of political uncertainty after the resignation of Prime Minister Boris Johnson.

The Associated Society of Locomotive Engineers and Firemen (ASLEF) and the Transport Salaried Staffs' Association (TSSA)said their members had voted to go on strike.

“The results demonstrate that our members are utterly determined to fight for their pay, jobs and conditions," TSSA General Secretary Manuel Cortes said.

"It would be unwise for any rail company to ignore the feelings of our membership," Cortes added.

In June, separate strikes brought the rail network close to a standstill over several days when 40,000 workers walked out.

"We don’t think we’re special; we believe no worker in this country should put up with pay cuts year after year just because this government has allowed inflation to rise," Mick Whelan, general secretary of ASLEF, said.

Britain's transport minister Grant Shapps, who recently announced his bid to replace Prime Minister Boris Johnson, said: "as Prime Minister, I would stand up to the unions and make it harder to hold our country to ransom."

"On a salary of almost £60,000, it isn't fair for train drivers to hurt those on lower wages with more walkouts," Shapps said.

The dates for the proposed industrial action have not yet been announced.
#Boris Johnson  #Johnson
Add Comment