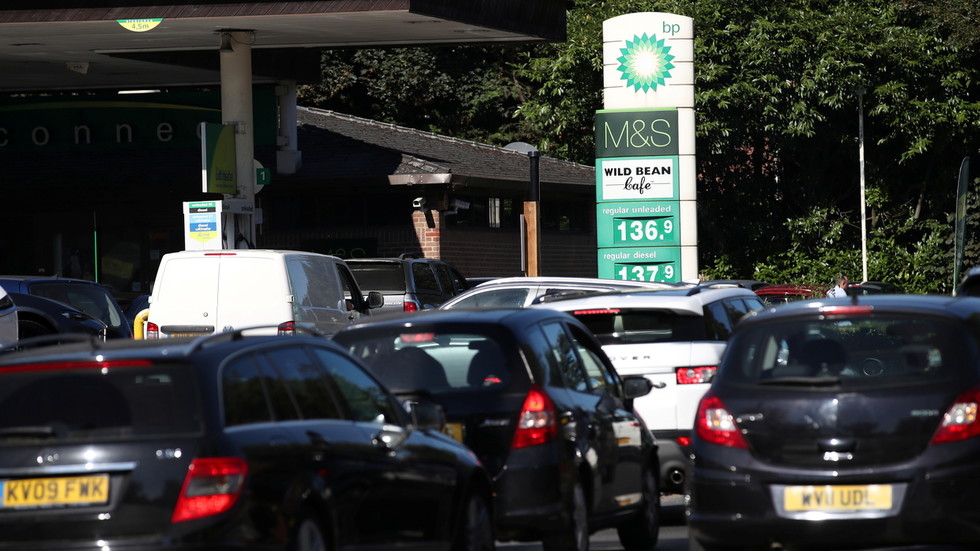 UK Prime Minister Boris Johnson has dismissed fears of a 1970s-style inflationary crisis due to labour shortages and a supply chain crisis, arguing that these were expected as part of the post-Covid “stresses and strains.”
Speaking during the Conservative Party’s annual conference, being held in Manchester, Johnson defended his government’s actions amid mounting criticism over the current situation, which has seen fuel stations run dry amid panic buying, and shops across the country with empty shelves, as deliveries are disrupted.

While industry officials have argued that the current problems, caused by staff shortages and supply chain issues, are due to a mixture of Covid and UK’s exit from the EU, the prime minister focused his blame solely on the impact of the global pandemic. Asked what was behind the current issues, Johnson stated it was the “stresses and strains that you'd expect from a giant waking up” post-Covid.

Rejecting the suggestion that the UK could be returning to a 1970s-style situation, where inflation hit 22.6%, Johnson stated, “I don't think that the problem will present itself in that way,” before adding “this country's natural ability to sort out its logistics and supply chains is very strong.”

The UK government has walked back its immigration policy in response to the current problems facing the nation, offering temporary visas for some sectors, including 5,000 delivery drivers, to plug the gaps that exist in industries. However, only 127 applications have been made so far for those visas, according to the government, which the prime minister argued shows this is a “global shortage,” not just an issue facing the UK.

As well as blaming the impact of the pandemic, the PM also criticised the UK road haulage industry for failing to create an attractive market that draws in a new generation of drivers, claiming the lack of investment in better conditions and pay has left young people not wanting to become truck drivers.

The lack of HGV drivers in the UK has forced the government to deploy the army to help petrol stations address a fuel shortage that, at one point, saw 90% of filling stations run dry, with long queues leaving motorists waiting hours to top up their cars. Operation Escalin, a contingency plan established to provide fuel in the event of shortages, is underway, with 200 service members having provided fuel on Monday to help forecourt stocks “stabilise.”
#Boris Johnson  #Johnson  #Covid
Add Comment