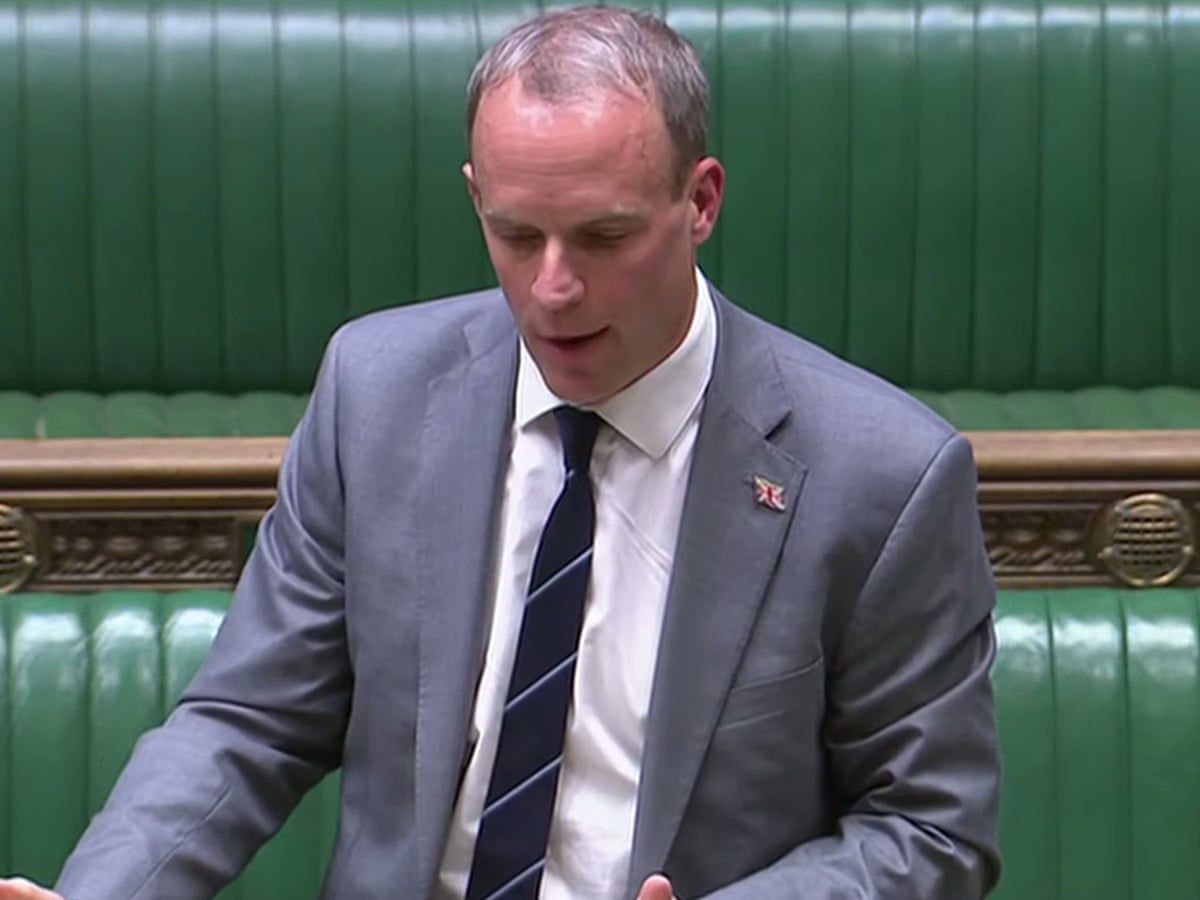 The British government has told all UK planes to cease flying over Belarus and summoned the country’s ambassador amid outrage over the arrest of an opposition blogger and his girlfriend when their Ryanair flight was forced to make an emergency landing in Minsk.

The foreign secretary, Dominic Raab, described the act as a “reckless, cynical and dangerous hijacking of a Ryanair flight by Belarus government” and said further sanctions were being considered against Belarus. The operating permit for Belavia, the country’s state-owned airline, has also been suspended in the UK.

The UK response came before a meeting of EU leaders on Monday evening that could take measures against Belarus, including banning Belavia from EU airports and suspending all Belarusian flights over UK territory.

In a statement on Monday morning on behalf of the EU, Josep Borrell, the bloc’s high representative for foreign affairs, called for an international investigation into the incident and warned that those involved faced sanctions. “The EU will consider the consequences of this action, including taking measures against those responsible,” he said.

Raab told the Commons that Belarus’s ambassador had been summoned to provide an explanation and told MPs he was urgently seeing what further sanctions could be placed on Belarusian individuals and entities, but he stressed he wanted to act in coordination with allies, including the EU.

He also said the UK planned to raise the issue at the UN security council, the G7 world leaders summit and the International Civil Aviation Organization.

Raab said he had to be careful what he said but “it was very difficult to believe this particular action was not taken with the acquiescence of Russian authorities”. He stressed he did not have any direct intelligence on the issue at this stage.

He said the Belarusian president, Alexander Lukashenko, “looked well dug in due to the protective umbrella of Russia”.

Raab’s initial package of measures in response was largely welcomed by Conservative MPs, although some, including the chair of the foreign affairs select committee, Tom Tugendhat, raised the issue of trying to cut off strategic energy pipelines that keep Belarus’s economy afloat.

Roman Protasevich and Sofia Sapega were flying from Athens to Vilnius, the capital of Lithuania, when the plane was diverted to Minsk. Protasevich, a former editor of the influential Telegram channels Nexta and Nexta Live, was detained by police in Minsk after Lukashenko ordered his military to scramble a MiG-29 fighter to meet the plane.

Ryanair said Belarusian flight controllers told the pilots there was a bomb threat against the plane and ordered them to land in Minsk. Raab said Britain had seen no evidence to support the claim of a bomb threat.

Ryanair’s chief executive, Michael O’Leary, said he believed agents of the Belarusian KGB were travelling on the plane in the first official confirmation of reports that four other passengers had disembarked in Minsk after the emergency landing, driving speculation that Protasevich was being shadowed by the security service.

“It appears the intent of the authorities was to remove a journalist and his travelling companion … we believe there were some KGB agents offloaded at the airport as well,” he said.