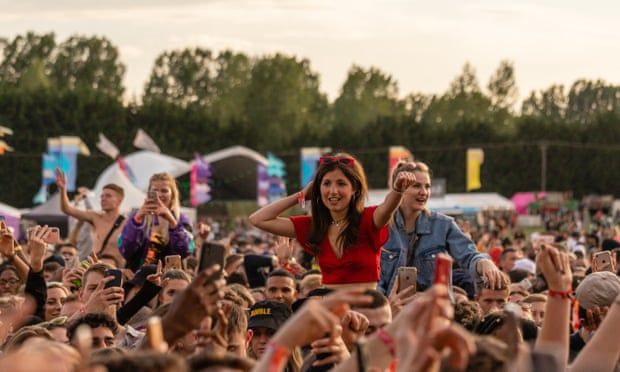 Exclusive: Safe Spaces Now initiative launched as data reveals 40% of women under 40 have been sexually harassed at music event

Mabel, Sophie Ellis-Bextor and Glastonbury’s Emily Eavis are among the names backing a call for change to end the harassment and abuse of women at gigs and festivals.

Organisers of a new Safe Spaces Now music industry initiative say more than 40% of women under 40 have experienced sexual harassment at a live music event.

The statistic does not surprise Claire Barnett, the executive director of UN Women UK. She said recently released data revealed just 3% of 18 to 24-year-old women had not been harassed in a public space.

“We had a lot of messages from people in that age group saying they were surprised it was as high as 3%. With young people it feels like a constant experience.” 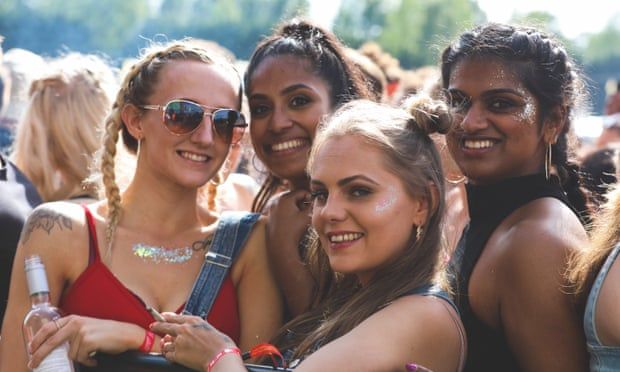 Only 3% of women surveyed said they had not been harassed in a public space.

Barnett said any hopes for generational change – that young men might be better than their fathers or grandfathers – had not happened.

“Live music is one of those spaces where people expect to be free. It is escapism, it’s your place of joy, and if that is somewhere we are hearing people are afraid then we need to take action.

“It is not OK for women to be constantly worried about their safety at festivals, to make sure they always have phone chargers on them so they can call someone if they feel unsafe.”

The letter has also been signed by Anne-Marie, Clara Amfo, MNEK and Rudimental. It says the music industry will soon be celebrating as festivals and live events reopen.

“But now we must face our own reality. And this reality is one that our industry has too long ignored: venues, festivals, studios and workplaces are too often not safe spaces for women, girls and marginalised genders. 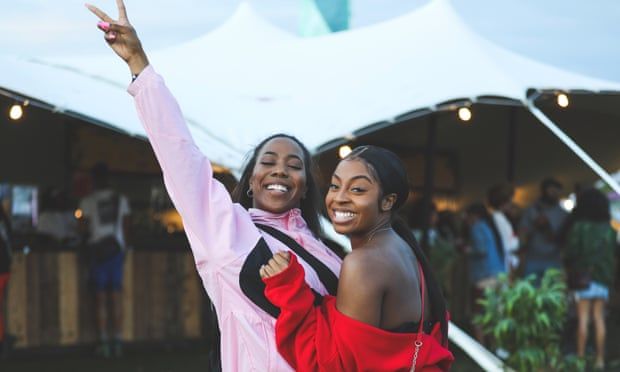 Revellers at Strawberries and Creem festival, which is aiming to provide better training and safe places to stop sexual harassment.

“It is high time we change that, and we have a collective responsibility to take action. This restart needs to be for all of us. Our spaces must provide safety from harassment, violence, and abuse of power. Music should be a place of joy and inclusion for all.”

Barnett said the hope was that festivals, venues, labels and artists would sign up and that would be the first step to discussing tangible measures that will bring about change.

The Strawberries & Creem festival in Cambridge is the only UK festival that has committed to a 50-50 gender split of performers. Next month it will, working with UN Women UK, be a pilot event for how things can be better, with redesigned spaces and better training.

Its co-founder Chris Jammer said organisers were passionate about ensuring events “are welcoming, inclusive and safe spaces for people to enjoy music together.

“We hope that, together, we can set a blueprint for what safe spaces should look like for festivals moving forward – for all of our audience, as well as our artists and staff.” 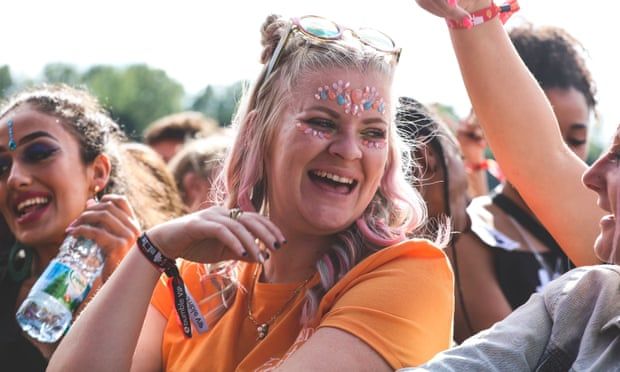 Safe Spaces Now, a new music industry initiative, say more than 40% of women under 40 have experienced sexual harassment at a live music event.

Barnett said making gig and festival spaces completely safe was the aim. “What inspires us is that we have seen real behavioural changes in other areas way more quickly than we would ever have expected,” she said, pointing to how taboo smoking indoors quickly became.

The return of normal life after the pandemic represented a unique opportunity, she said. “I don’t think we will ever have another time where we re-programme live music from scratch. This is a different opportunity from what we’ve had before. We’ve talked for a decade about nudging towards safety and better behaviour, what better time to think about doing things better.”