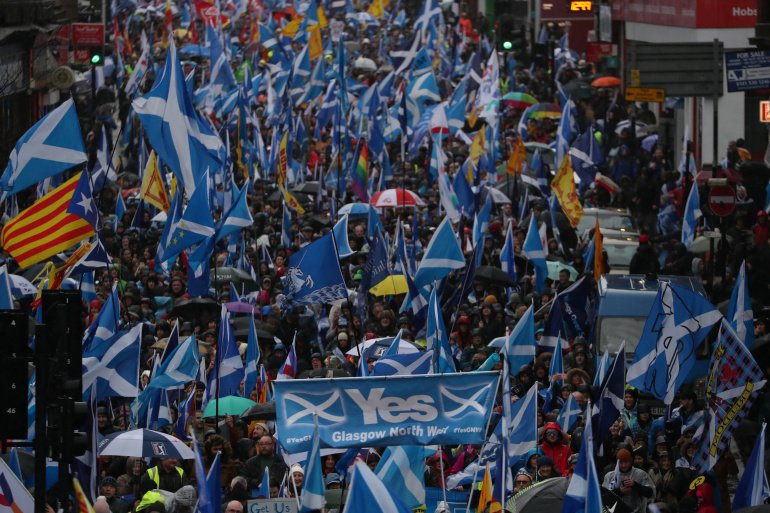 They have fought for it, died for it and often celebrated it, but, if current opinion polls are to be believed, they now want to leave it.

Last week, an Ipsos Mori poll indicated 58 percent of Scots would vote to quit the four-nation United Kingdom if a referendum on Scottish independence was held this year.

The analysis, which found record support for Scotland ending its 313-year-old union with England, was the ninth poll in a row since June to suggest that most Scots favour ending what Conservative British Prime Minister Boris Johnson has called “the oldest, most successful political partnership in the world”.

This rising interest in independence comes against the backdrop of a British state which is both staring down the barrel of a no-deal Brexit agreement with the European Union, following its protracted and controversial withdrawal from the multi-nation bloc on January 31, and, of course, the continuing global coronavirus pandemic which has killed more than 43,000 people in the UK alone.

But six years after Scots voted by 55-45 percent to reject sovereignty in Scotland’s historic 2014 independence referendum, campaigners in support of Scottish statehood now appear closer than ever of realising their greatest political aspiration.

“Since 2014, we knew the desire was always there,” said Gary Kelly, of pro-independence group, Yes2, speaking to Al Jazeera. “We just needed the numbers to add up which we can see with the No voters now switching to Yes, quite a lot of whom are doing it publicly [on social media].” 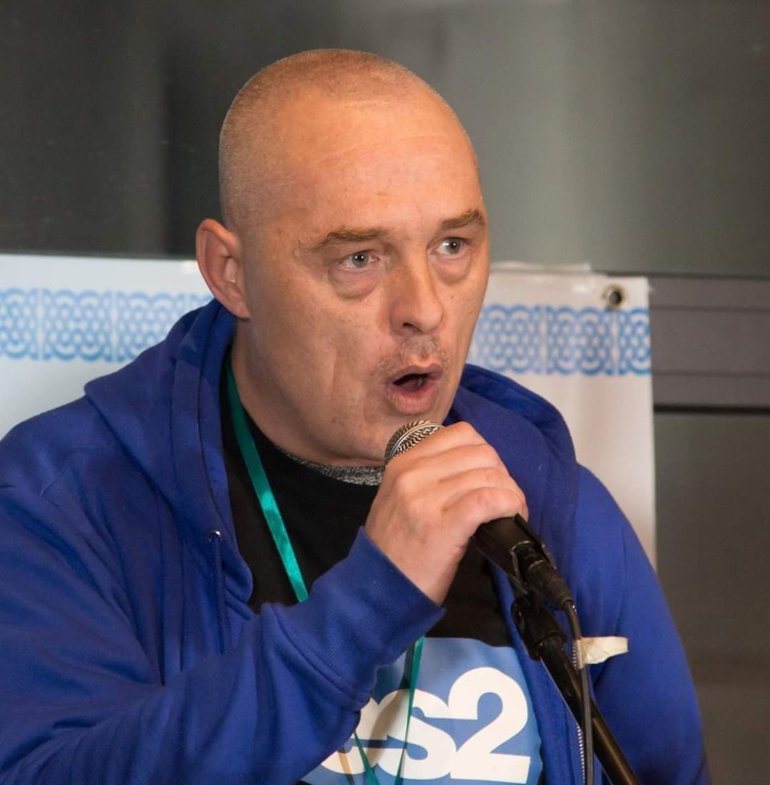 The devolved Scottish Parliament in Edinburgh, established in 1999, has been governed by the pro-independence (and pro-EU) Scottish National Party (SNP) for the past 13 years – and has been credited with almost single-handedly bringing the cause of independence into the Scottish mainstream.

Today, current party leader and Scottish first minister Nicola Sturgeon, who has also steered the SNP to three UK-wide general election victories in a row in Scotland, has, for many Scots, become a reassuring presence on domestic TV screens with her regular coronavirus briefings, as her administration, like others across the world, has put battling COVID-19 front and centre of government policy.

For many observers, a perfect storm of issues has conspired to put Scotland on the brink of making the leap from constituent nation to nation-state, creating, as one Scottish pro-UK commentator observed, “a three-legged crisis for Unionism. COVID is one leg and Johnson is another but the third, and most significant, leg is Brexit”.

Indeed, while the UK as a whole voted to leave the EU in the 2016 in/out Brexit referendum on Britain’s membership of the European bloc, Scots opted decisively to remain; and together with Scotland’s widespread antipathy for Boris Johnson’s right-wing Conservative government in London Westminster, the more left-of-centre Sturgeon has been widely perceived as offering a more sure-footed response during this time of uncertainty.

“The UK union is fighting disastrously, like a retreating army, a retreating argument, always on the train not of its own choosing,” said prominent Scottish political commentator, Gerry Hassan, to Al Jazeera.

Hassan added that, as it deals with a spiralling British death toll from the pandemic, the UK government’s response, like those of other pro-Union supporters, to Scotland’s rising support for independence has been to “argue about detail” on issues like the currency of a future Scottish state, which, designed to sow seeds of doubt into the minds of Scots, is not yet cutting through.

“The UK [government] may still win a [future] referendum on the detail, because that depends on the independence offer itself, but it’s ceding so much ground that independence has become more normal and more acceptable to larger and larger parts of Scottish society,” he continued.

Sturgeon looks certain to put independence at the heart of her campaign for re-election in next May’s Scottish Parliament vote. But while she will take a decisive victory – and a returned pro-independence majority – as a mandate for holding a second independence poll, permission to hold one lies with Westminster.

She has repeatedly rejected a Catalan-style vote on sovereignty, which, lacking Spanish authority, was deemed illegal by Madrid, but pressure is mounting on Johnson to accept SNP demands should it triumph next year.

Although not as profound as the present period, the pull in some quarters for independence has been around for generations. While Scotland gave up its sovereignty in the 1707 Act of Union, a treaty that effected the union of England and Scotland into Great Britain, it retained its nationhood – and today functions with its own legal system, education system, distinct international sporting teams and, for the last 21 years, a separate devolved parliament, which can legislate on any matter barring those that are reserved to the UK Parliament at Westminster.

Such reserved matters include the wider economy, which anti-independence campaigners continue to target as the weak link in arguments for Scottish sovereignty, and which was seen as decisive in defeating the pro-independence push in 2014. Scotland’s significant oil and gas reserves in the North Sea, for instance, have proven to be a volatile resource in recent years due to wildly fluctuating prices, and the independence movement has been forced to rethink its reliance on both commodities.

Also proving stubborn to overtures from pro-independence campaigners are Scotland’s pensioners. Last week’s poll, which put support for Scotland going it alone at 58 percent, signalled that the over-65s remained the only age group impervious to calls for statehood.

Irene Clugston, 76, is a retired senior social worker from Paisley, in Scotland’s central belt, and told Al Jazeera that, as in 2014, she sees a vote for independence as a vote for uncertainty.

“If Scotland became independent we would have to be supported in some way,” she argued. “I don’t think we could do it on our own and we’re better off within Great Britain.”

Scots are much more approving of how Sturgeon’s government has handled the pandemic compared with the UK’s response, say polls. The first minister, who was named the fifth most eloquent world leader by a group of experts in the summer, has regularly put in place some of the UK’s strictest measures in an attempt to curb the spread of the virus in Scotland.

Her opponents, however, have accused her of presiding over a relatively high death toll of 4,000-plus Scottish residents in a population of 5.5 million.

That said, as the pandemic continues to claim lives, Johnson’s characteristically bombastic approach to political leadership remains anathema to large swaths of a no-nonsense Scottish electorate, many of whom have clearly embraced Sturgeon’s more straightforward persona, and her contention that Scotland can competently run its own affairs, even in times of global crisis.

“I think the UK government has lost its moral compass and map of how to read Scotland,” said Hassan. “That is not to say they couldn’t dig deep, recognise the hole they are in and find a new map. But … there is less and less chance by the day of such a change of approach coming from this administration.”