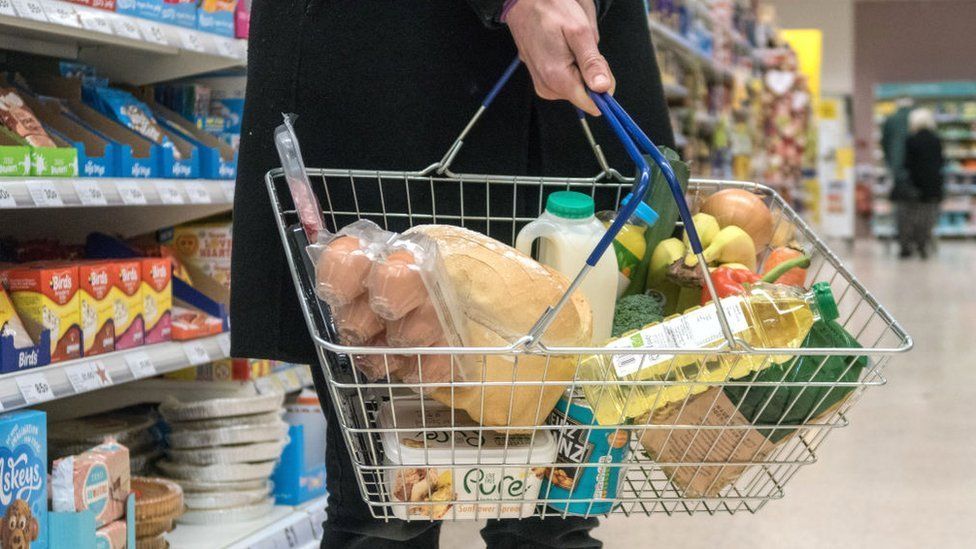 The Bank of England has said inflation could peak at more than 13% this year.

Energy, petrol and diesel costs are also contributing to inflation. But food and non-alcoholic drinks were the largest contributor to rising prices in July, according to the ONS.

The price of bread, cereals, milk, cheese and eggs rose the fastest, while the cost of vegetables, meat and chocolate were also higher. 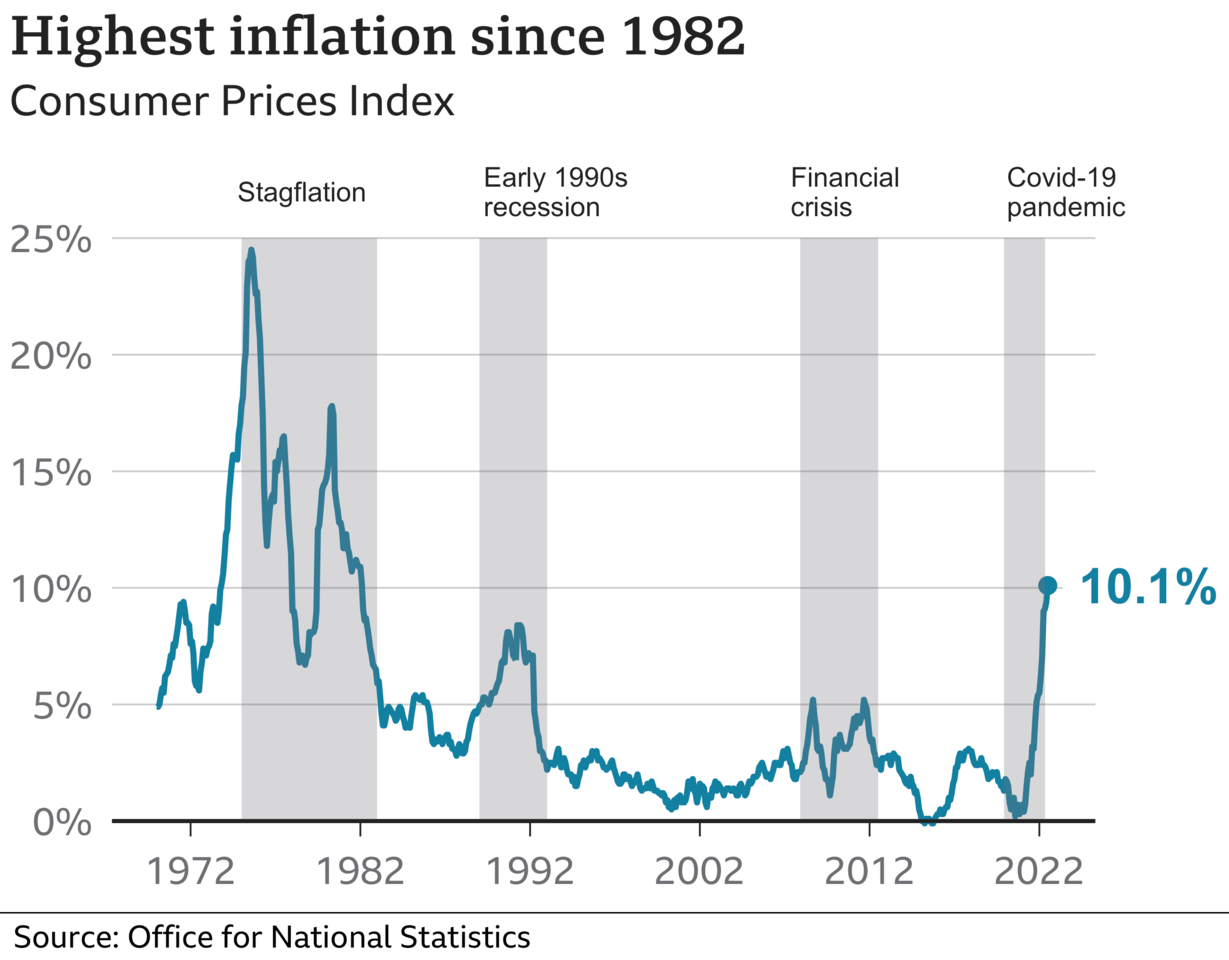 Prices also rose for other staples, such as toilet rolls, pet food and toothbrushes.

'Everything has gone up in price' 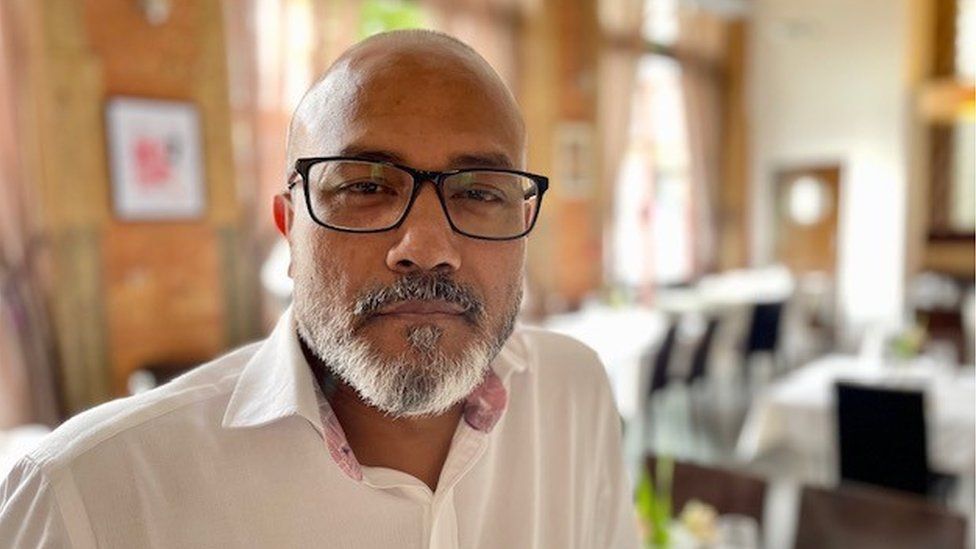 "Everything's gone up, from salt to soft drinks, rice to oil," he told the BBC.

He is reluctantly passing some of that extra cost on to customers.

"For the first time in five years, we've put up prices. I don't like doing that because I know how tough it is for people," he said. 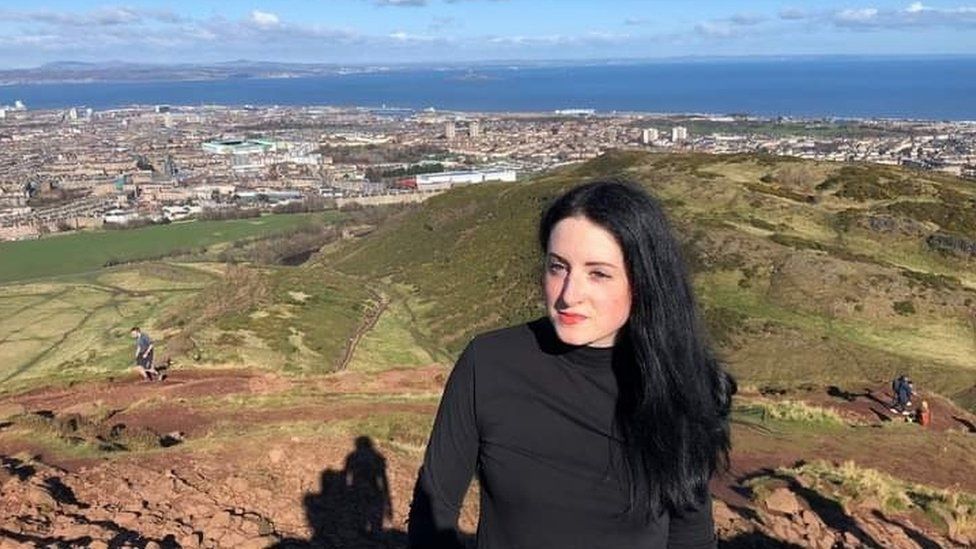 Rebecca Brown, a full-time PhD student at the University of Nottingham, is worried about what will happen when her energy bills go up again this winter.

Her gas and electricity costs have already jumped from £80 to £140.

She tops up her student loan by working part-time and shares her living costs with her partner.

"After rent and bills plus my bus fare, phone, Netflix and Spotify bills, that leaves me around £300 to £400 a month for food, fun and necessities," she said.

"Things like the dentist and getting my hair cut are pretty much a no-no, but my parents have helped out with that when I've gotten desperate."