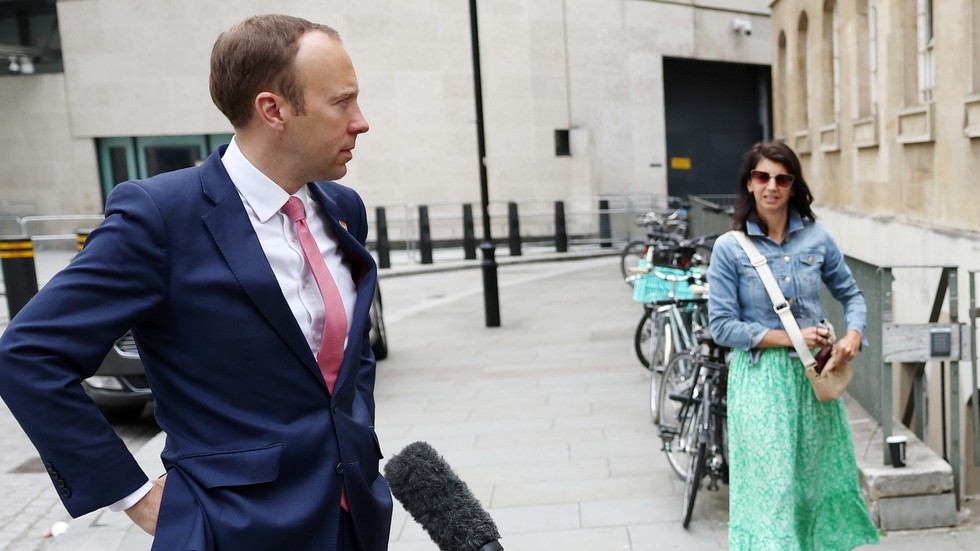 British Health Secretary Matt Hancock has resigned. Hancock was caught on CCTV footage released this week kissing an aide, in breach of his own social distancing guidelines and his marital vows.

Hancock announced his resignation on Saturday, apologizing again for breaking social distancing rules, and to his family for “putting them through this.”

“We owe it to people who have sacrificed so much in this pandemic to be honest when we have let them down as I have done by breaching the guidance,” a statement by Hancock read.

A day earlier, The Sun published still images from CCTV footage showing Hancock embracing and kissing aide Gina Coladangelo, a married lobbyist who he had promoted to a paid position last year.

Shortly after the written statement, Hancock posted a video message to Twitter. "Those of us who make these rules have got to stick by them and that's why I've got to resign," he said.

Hancock had apologized on Friday for breaking the social distancing guidelines he helped draft, and said he was “very sorry” for letting the country down. Prime Minister Boris Johnson accepted Hancock’s apology, with Downing Street deeming the “matter closed” later that day.

However, calls for his sacking proliferated in the media and online, especially given the fact that Hancock backed the resignation last year of Professor Neil Ferguson, the epidemiologist and government adviser who was caught breaking quarantine to meet with his married lover.

The resignation comes after multiple Conservative MPs broke ranks on Saturday and added their voices to the chorus demanding Hancock step down.

Hancock is married with three children, and wrote in his resignation letter that he needs “to be with my children at this time.”