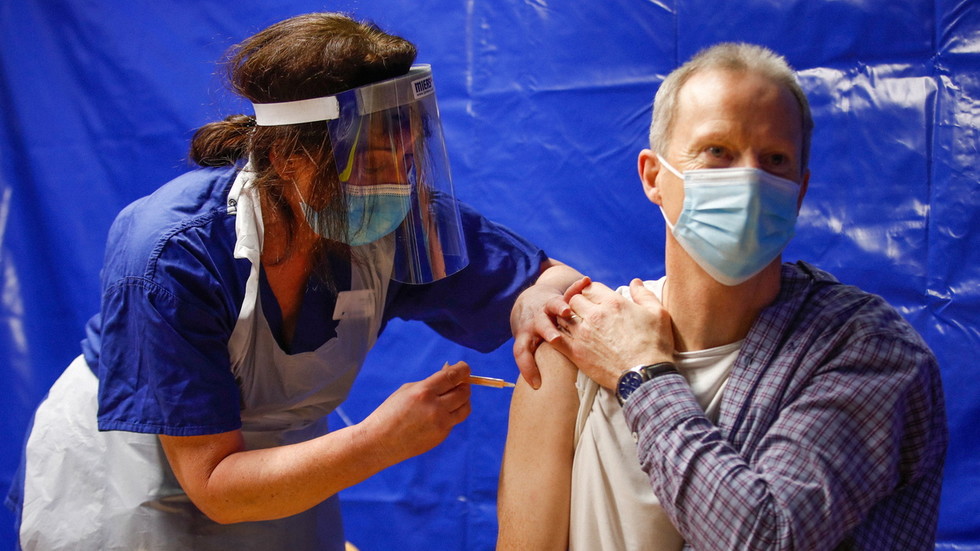 Health Secretary Matt Hancock has defended the UK government’s strategy for the Pfizer-BioNTech Covid-19 vaccine, citing data that he said supported a 12-week dosing schedule rather than the recommended 21-day interval.
“Around 89 percent efficacy comes from between days 14 and days 21 after the first dose,” he told MPs in parliament on Thursday.

Hancock said the government is measuring the efficacy for those who’ve been vaccinated and promised to publish the relevant data as soon as it is “clinically valid.”

However, questions remain over the UK’s adapted strategy of spacing the two doses required some 12 weeks apart for both the Pfizer jab and the vaccine developed by Oxford University/AstraZeneca.

The 12-week intervals are backed by the UK’s Medicines and Healthcare products Regulatory Agency, but go against the recommendations of Pfizer, due to the vaccine’s efficacy of up to 95 percent being calculated only when doses are given 21 days apart.

A new study published on Wednesday, but yet to be peer reviewed, has also found that the government’s strategy of vaccinating as many people as quickly as possible with both vaccines may not be enough to reach so-called “herd immunity.”

Researchers from the University of East Anglia found that herd immunity may only be possible if the government vaccinated nearly everyone with the Pfizer jab, as its 95 percent efficacy rating is significantly higher than the 70 percent of the Oxford jab.

The researchers’ initial analysis suggested that reducing the ‘R’ value of the infection rate below 1.0 would only require 69 percent of the population to be vaccinated with the Pfizer vaccine, whereas that figure would need to be 93 percent with the Oxford jab.

When taking into account the apparently more infectious UK variant of Covid-19 called B.1.1.7, their analysis suggested that even vaccinating the entire population with the Oxford vaccine would only take the R number down to 1.325.

By contrast, the more effective Pfizer jab would only need 82 percent of people to be vaccinated in order to control the spread of the new variant.

It comes as the UK posted a record 1,820 new Covid-19 deaths on Wednesday, taking the total number of those to have died from the virus within 28 days of a positive test to 93,290.
#COVID-19  #vaccine  #Pfizer  #BioNTech  #AstraZeneca  #Covid  #Vaccines
Add Comment