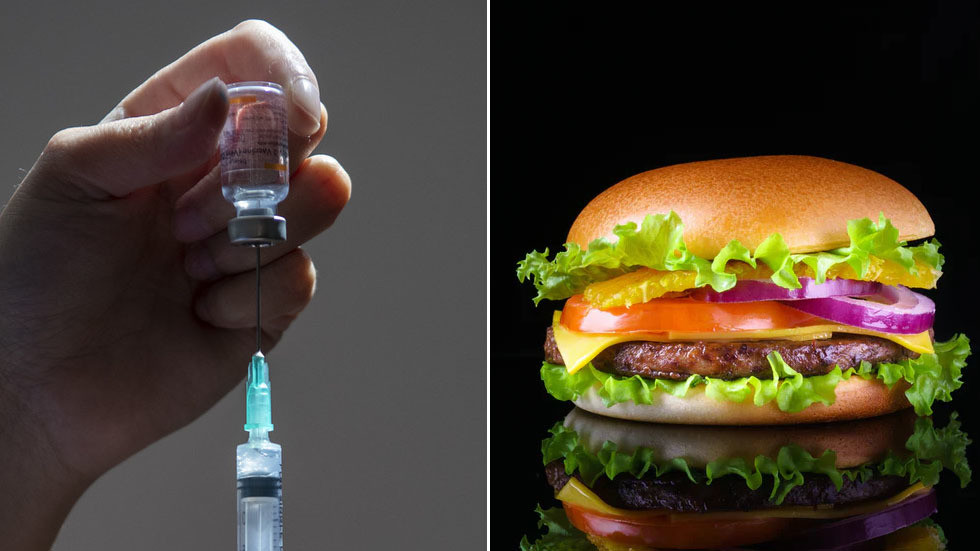 According to the Department of Health and Social Care (DHSC), Uber and its takeaway delivery service Uber Eats, as well as rival food delivery service Deliveroo, chain restaurant Pizza Pilgrims, and the ride-hailing platform Bolt, are involved with the plan.

The DHSC announced on Sunday that the companies "will be offering discounts and incentives to customers who get a Covid-19 vaccine and help protect the country from the virus," as it continues in its plan "to further drive uptake in young people."

"Uber, for example, will be sending reminders to all users in August, encouraging them to get the vaccine, and will be offering discounted Uber rides and meals on Uber Eats for young adults who get the jab," the government revealed, while Bolt will offer free rides to vaccination centers.

Discount coupons and vouchers could also be offered to people getting vaccinated at pop-up sites and other vaccination facilities, though the participating companies will not store any health data, the DHSC pledged.

Health Secretary Sajid Javid thanked the companies in a statement and urged the youth to "go out and take advantage of the discounts" when they become available.

Many Brits, however, described the scheme as dystopian and questioned how giving young people access to cheap, discounted fast food would help public health.

"One reason why the UK has suffered so badly from Covid is due to having a large, unhealthy population," pointed out one social media user. "So offering more junk food makes perfect sense…"

Another person noted that the scheme "seems at odds with the eat healthy and save the NHS policy," while 90s pop band Right Said Fred compared the situation to "an episode from Black Mirror."

GB News producer Liam Deacon, however, argued, "A little carrot is surely better than compulsion, force, and the removal of freedoms?"

In July 2020, the DHSC unveiled a new strategy to combat obesity and "protect the NHS."

"Obesity is one of the biggest health crises the country faces," the Department of Health claimed at the time, warning that "almost two-thirds (63%) of adults in England are overweight or living with obesity" while "1 in 3 children leave primary school overweight or obese."

The department also warned that "living with excess weight puts people at greater risk of serious illness or death from COVID-19," noting that "nearly 8% of critically ill patients with COVID-19 in intensive care units have been morbidly obese, compared with 2.9% of the general population."

Roughly 67% of people in England between the ages of 18 and 29 have received at least one Covid-19 vaccine dose.