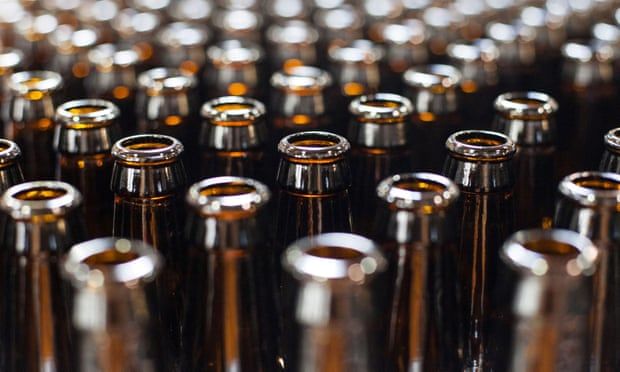 Taxpayer-backed British Business Bank’s Future Fund, set up to provide loans in pandemic, announces 75 new investments
The UK government has become a shareholder in a cannabis oil company, a yoghurt bar business, a London-based craft brewery and a maker of land, underwater and air drones that “take inspiration from the clever tricks that animals use to move”.

The taxpayer-backed British Business Bank’s Future Fund, set up by the government to provide loans to startups during the pandemic, announced investments in another 75 companies on Thursday including a stake in a yacht charter business, a virtual reality games developer and a cancer treatment firm.

The fund, originally pitched as a way for the government to support innovative companies that might have struggled to secure money during the pandemic, now has an equity stake in 335 businesses.

The latest round of investments include Grass & Co, founded by brothers Ben and Tom Grass in 2019, which makes cannabidiol (CBD) products using chemicals found in hemp, which are stocked in stores including Selfridges and Boots.

“The Future Fund was created to increase the flow of capital to companies at the height of the pandemic, while ensuring long-term value for the UK taxpayer,” said Ken Cooper, the managing director of venture solutions at British Business Bank. “We’re delighted to see this flow of companies going on to raise further private sector capital. As a shareholder in these businesses, the Future Fund is well positioned to share in the benefits of continued growth.”

In total, the government has spent about £1.14bn supporting 1,190 companies through the Future Fund. Of those, 335 have had their loans converted into equity stakes after successfully raising money from private investment that at least matched government funding.

On Wednesday the Times reported that at least 34 companies to have benefited from funding were in the process of being liquidated, at a potential cost of £40m of taxpayer money.

The government has previously revealed investments in companies including the football club Bolton Wanderers, a kombucha drinks maker, a bespoke shipbuilder and a knitting and crochet supplier.

While taxpayers now hold stakes in companies such as Vaccitech, a co-inventor of the AstraZeneca Covid-19 vaccine, and Ripple Energy, which allows customers to take shares in a windfarm, the government has also been criticised for some of its investment decisions.

Many in the arts and entertainment industry decried the £1m investment in Secret Cinema, which has held immersive film events themed on Star Wars, Blade Runner, Back to the Future, Dirty Dancing and Stranger Things, while so many other businesses in the sector missed out on financial support through the pandemic.
#AstraZeneca  #COVID-19  #vaccine  #Covid
Add Comment