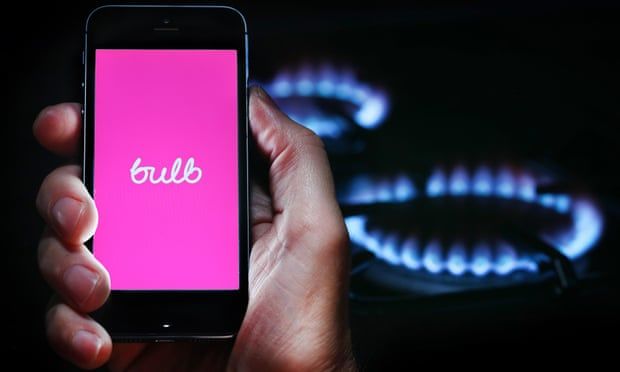 Quarterly “retention bonuses” were deemed necessary to prevent an exodus of staff that could have scuppered efforts to keep the business afloat while a buyer is found, multiple sources familiar with the situation said.

“The alternative is that hundreds of people leave and you won’t be able to sell it,” one Whitehall source said. “You can’t provide energy to people if there’s nobody working at the company.”

Bulb Energy, which has more than 1.5 million customers, is currently run by the consultancy Teneo, appointed under the “special administration” scheme after the energy supplier became the largest of more than 20 to collapse under the weight of sky-high energy prices.

The arrangement is the first test for a system designed to kick in when an energy supplier is too big for its customers to be transferred immediately to a rival.

Under the arrangement, a court appointed Teneo to run the day-to-day operations on behalf of the government, which is funding the costs. The financial advisory firm Interpath has been drafted in to run Bulb’s parent company, Simple Energy.

The decision to pay quarterly bonuses, first reported by the Financial Times, is understood to rest with Interpath because payroll is managed through Simple Energy.

A spokesperson for the Department for Business, Energy and Industrial Strategy said: “Bulb’s administrators have set up an employee retention scheme in order to maintain operational effectiveness and support to customers.

“The special administrator of Bulb remains legally obligated to keep costs of the administration process as low as possible – which the employee retention scheme is consistent with.

“The government will seek to recoup costs at a later date, ensuring that we get maximum value for money for taxpayers.”

The cost of running Bulb could reach £2.2bn, the Office for Budget Responsibility has said, while some reports have suggested £3bn is not unrealistic.

A government source insisted that costs had not yet reached the £1.7bn initially set aside. The cost includes a heavily criticised £250,000 salary for Bulb’s boss and co-founder Hayden Wood, who has apologised for the company’s demise.

A spokesperson for Interpath said: “The teams at Simple and Bulb have worked incredibly hard since the companies entered insolvency last November, ensuring the businesses have been able to continue to trade, and providing continuity of service for 1.5 million customers, and all against the backdrop of personal uncertainty that any administration inevitably causes.”

The British Gas owner, Centrica, and the Abu Dhabi-based renewable energy firm Masdar are understood to be the frontrunners to buy Bulb Energy, with the government hoping that the investment bank Lazard can find a buyer by June.

A further four parties have expressed interest, according to a Whitehall source, and could be called upon if Centrica and Masdar drop out.
Add Comment