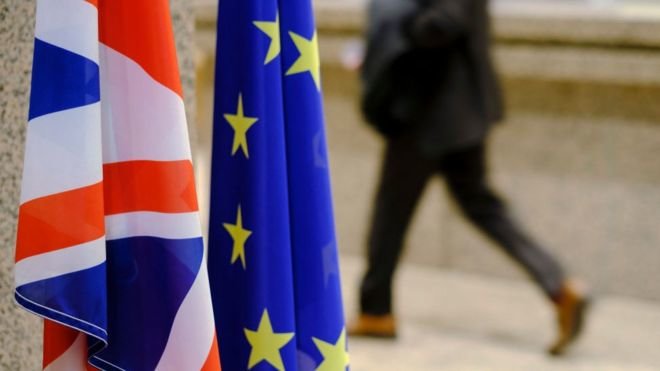 The UK still believes it can agree a post-Brexit trade deal with the EU next month, according to Downing Street.

The PM's spokesman said UK negotiators would "continue to plug the gaps" when talks enter their seventh round in Brussels on Tuesday.

The two sides remain divided over competition rules, fishing rights and how a deal would be enforced.

The UK has ruled out extending the December deadline to reach an agreement.

This week's talks are the last scheduled negotiating round ahead of the autumn, although both sides have previously said talks would continue in September.

EU chief negotiator Michel Barnier will have dinner with UK counterpart David Frost on Tuesday evening, with talks set to conclude on Friday.

On Tuesday, ahead of talks resuming, a European Commission spokesman said a deal would need to be agreed by October "at the latest".

Mr Barnier has said an agreement is required by this date so it can be ratified before the UK's current post-Brexit transition period ends, in December.

After the last negotiation round in London, he accused the UK of not showing a "willingness to break the deadlock" over difficult issues.

Mr Frost said EU offers to break the deadlock had failed to honour the "fundamental principles which we have repeatedly made clear".

But he said the UK, which has so far insisted on a series of separate deals in different areas, was also willing to consider a "simpler" structure for an agreement.

He added the EU had shown a "pragmatic approach" over British demands to limit the role of the European Court of Justice after the transition period ends.

Among the issues the negotiating sides will discuss this week are transport, police co-operation, fishing rights and rules on investment.

They will also discuss post-Brexit rules on competition and state support for companies, one of the thorniest issues in the talks to date.

The UK is due to stop following EU rules on so-called "state aid" at the end of the transition period, and has not unveiled details of its subsequent regime.

Mr Barnier has said the EU will require "robust" guarantees in this area if it is to agree a deal, and has called for more details on the UK's future plans.