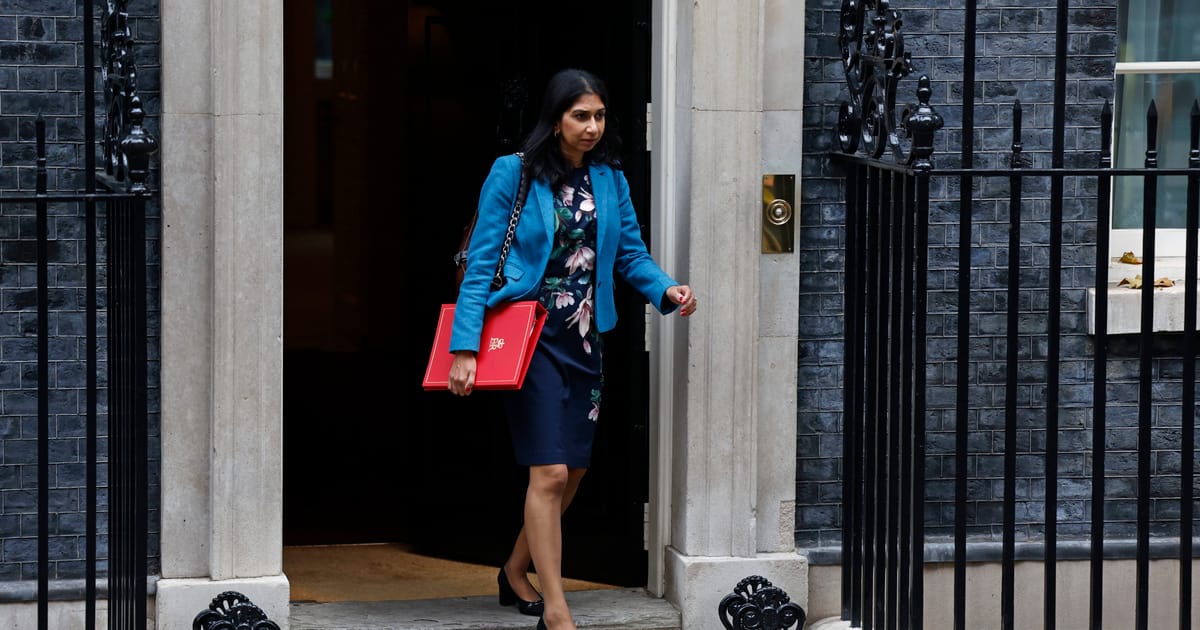 Tory hard-liner Suella Braverman is battling to save her job. Again.

She’s already been forced to resign as U.K. home secretary once this fall.

And now scandal-hit Suella Braverman — controversially restored to her role by new PM Rishi Sunak just last week — is clinging to her job for a second time over claims she broke the law by holding thousands of undocumented migrants in bleakly unsuitable conditions at a former military base in southeast England.

In a statement to the House of Commons Monday, the Tory hard-liner denied widespread reports that she personally prevented officials from mass-booking hotel rooms for hundreds of asylum seekers who could no longer be hosted at the overcrowded Manston processing facility in Kent. Experts said if proven this could amount to a breach of the ministerial code — a resigning matter.

“Like the majority of the British people I am very concerned about hotels, but I never blocked their usage,” Braverman insisted, as opposition MPs called for her to resign. “As a former attorney general, I know the importance of taking legal advice into account.”

The Manston site is currently holding about 4,000 people, more than three times its maximum capacity of 1,600. Many are being forced to stay far longer than the legally permitted 24 hours. Reports suggest hundreds are sleeping on bare floors, and that disease is rife.

David Neal, the U.K. government’s independent chief inspector of borders and immigration, told MPs last week he was left speechless by the “wretched conditions.” He revealed some migrants from Afghanistan had been held in a marquee for 32 days, though the facility is designed only to host people for a maximum 24 hours while they undergo checks before being transferred to detention centers or hotels. 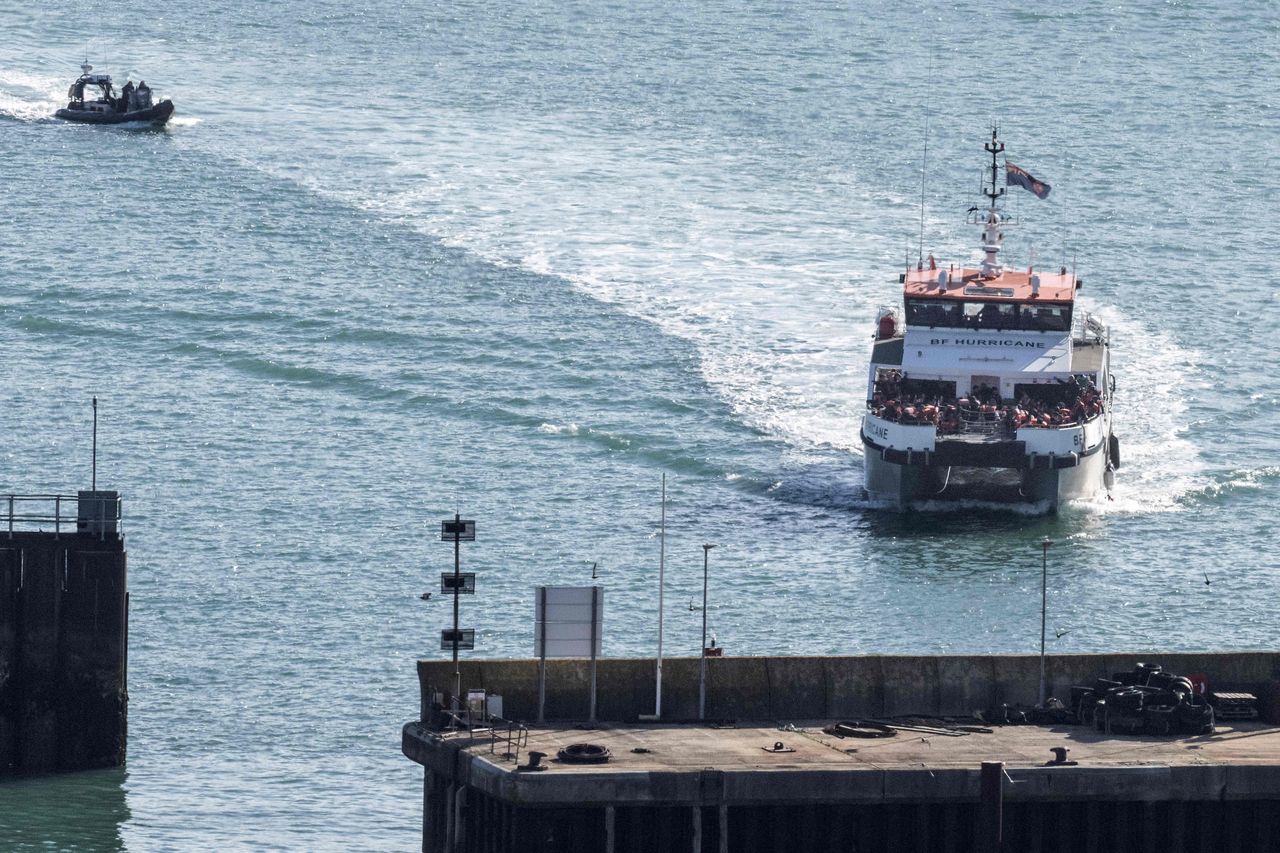 Ship BF Hurricane arrives in Dover carrying migrants picked up in the English Channel on October 18, 2022

The crisis has been triggered by a huge increase in the number of undocumented migrants attempting to cross the English Channel — numbering nearly 40,000 so far this year, according to Ministry of Defense figures. On Sunday alone some 468 people made the dangerous journey in eight boats, the MoD said.

Since leaving the EU, the U.K. has been asking for a bilateral deal with France and the wider EU bloc to return those crossing the Channel to the first country deemed safe they enter into. So far, none has been forthcoming.

“The system is broken,” Braverman admitted. “Illegal migration is out of control and too many people are more interested in playing political parlor games, covering up the truth, rather than solving the problem.”

She said the Home Office is currently negotiating extra accommodation for undocumented migrants with private providers and considering “all available options” to tackle overcrowding at processing centers in the U.K.

She also told MPs she was “appalled” to learn, on her first appointment as home secretary in September, that there were “over 35,000 migrants” staying in hotels around the U.K. at an “exorbitant cost” to the British taxpayer. She instigated an urgent review into alternative options, she said, but that the department has continued procuring hotel rooms in the meantime.

But earlier Monday, local Conservative MP Roger Gale described the overcrowding at the Manston facility as “wholly unacceptable” and suggested the situation may have been allowed to happen “deliberately.”

“I was told that the Home Office was finding it very difficult to secure hotel accommodation,” he said. “I now understand this was a policy issue, and that a decision was taken not to book additional hotel space.”

The accusations add to the pressure on the home secretary, whose return to the Cabinet last week was widely questioned given she had been forced to quit only six days earlier after being caught using her personal email account to share sensitive government documents.

A Home Office review published Monday found Braverman sent six Home Office documents to her personal email address between September 15 and October 16. One was then forwarded on to a backbench ally for his perusal — a clear breach of security rules.

Striking a defiant tone, Braverman admitted to having made mistakes but insisted the broader claims about her conduct were a conspiracy to keep her out of high office. She told MPs that some people would like to “get rid” of her, adding: “Let them try.”

A Braverman ally conceded the home secretary is “in great difficulty” but warned she had “deliberately put in an impossible position by those who would rather her not to hang around.”

“The pressure is not easing in any way, and I think it may be too much for her.”