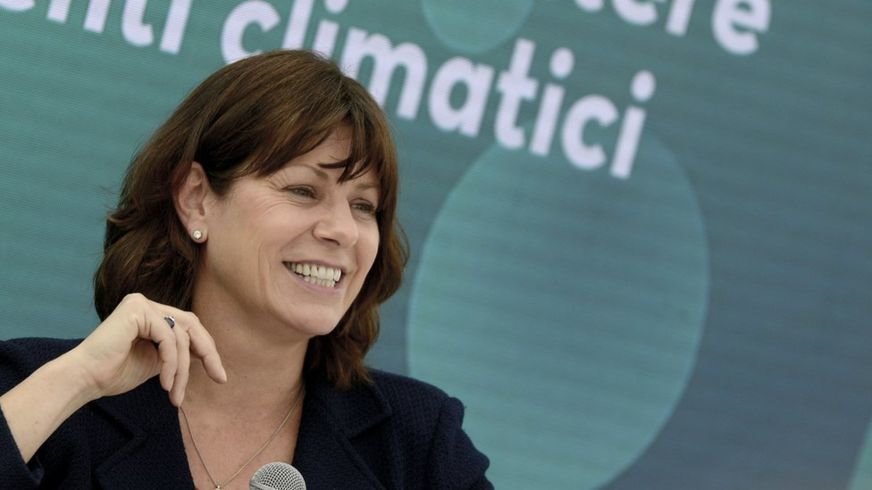 UK climate envoy hits out after being replaced

An ex-minister has criticised the government after being stripped of her role representing the UK at a major climate change conference.

Claire O'Neill was co-ordinating the Cop 26 summit in Glasgow in November.

But Mrs O'Neill, who stood down as an MP at the election, will now be replaced by a serving minister.

Mrs O'Neill said she was "very sad" at the turn of events and suggested ministers "could not cope" with an "independent" figure in charge.

In a message on Twitter, the former MP for Devizes, said the role had been "rescinded" and suggested there had been no serious discussion of the climate conference in cabinet in months.

Very sad that that the role I was offered by @BorisJohnson last year has now been rescinded as Whitehall “can’t cope” with an Indy cop unit. A shame we haven’t had one Climate cabinet meeting since we formed. Wishing the cop team every blessing in the climate recovery emergency.

The November gathering is a crucial one for the UK as it seeks to demonstrate global leadership in the fight against climate change.

More than 200 world leaders will attend the event in an attempt to agree a long term deal on rising temperatures.

Mrs O'Neill, a former energy minister who served under David Cameron and Theresa May when she was known as Claire Perry, had been due to play a key role presiding over the event and trying to forge an agreement. She was given the role by Boris Johnson after leaving government when he became PM in July.

In a BBC documentary last week, she said the UK had "one shot" at making the conference a success and that if failed, people would question the whole UN approach to tackling climate change.

But in a statement, No 10 said she would no longer be involved. "The prime minister is grateful to Claire for her work preparing for what will be a very successful and ambitious climate change summit in Glasgow in November.

"Preparations will continue at pace for the summit, and a replacement will be confirmed shortly. Going forward, this will be a ministerial role."

The change was criticised by former Labour leader Ed Miliband, who said it left the UK's preparations "in crisis".

Appointed by PM 6 months ago and sacked 9 months before the COP. Total mess of the PM’s making in absolutely vital and incredibly complex climate negotiations. Government have massively underestimated task. No president, no grip and clock ticking. Time for some leadership now. https://t.co/yXhzlv5R2Q