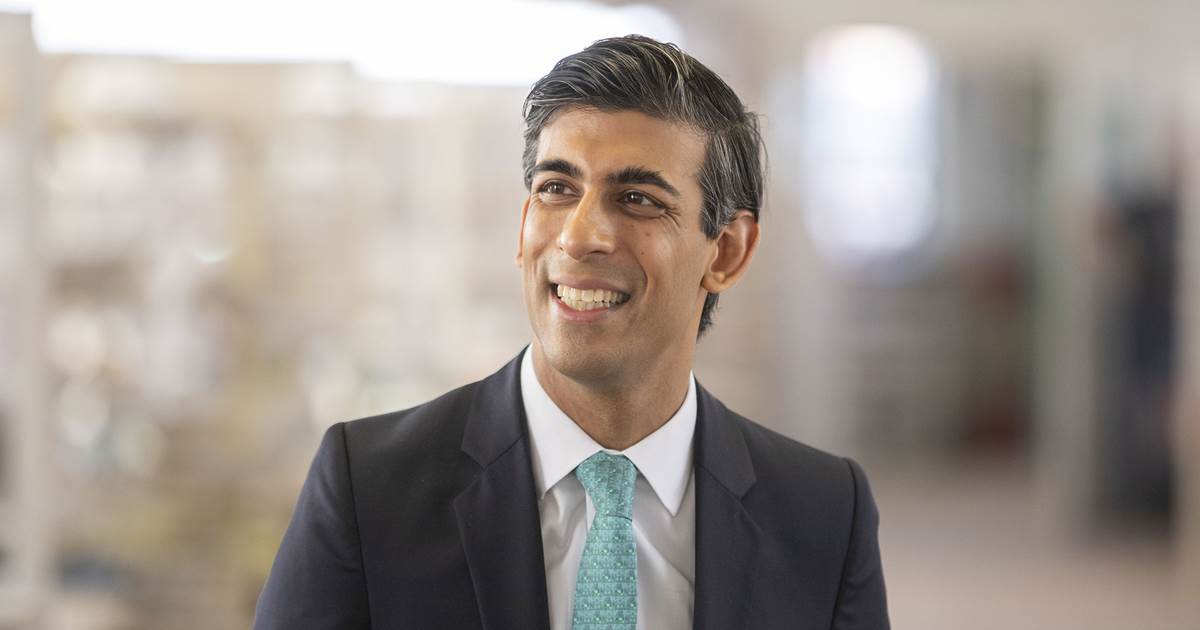 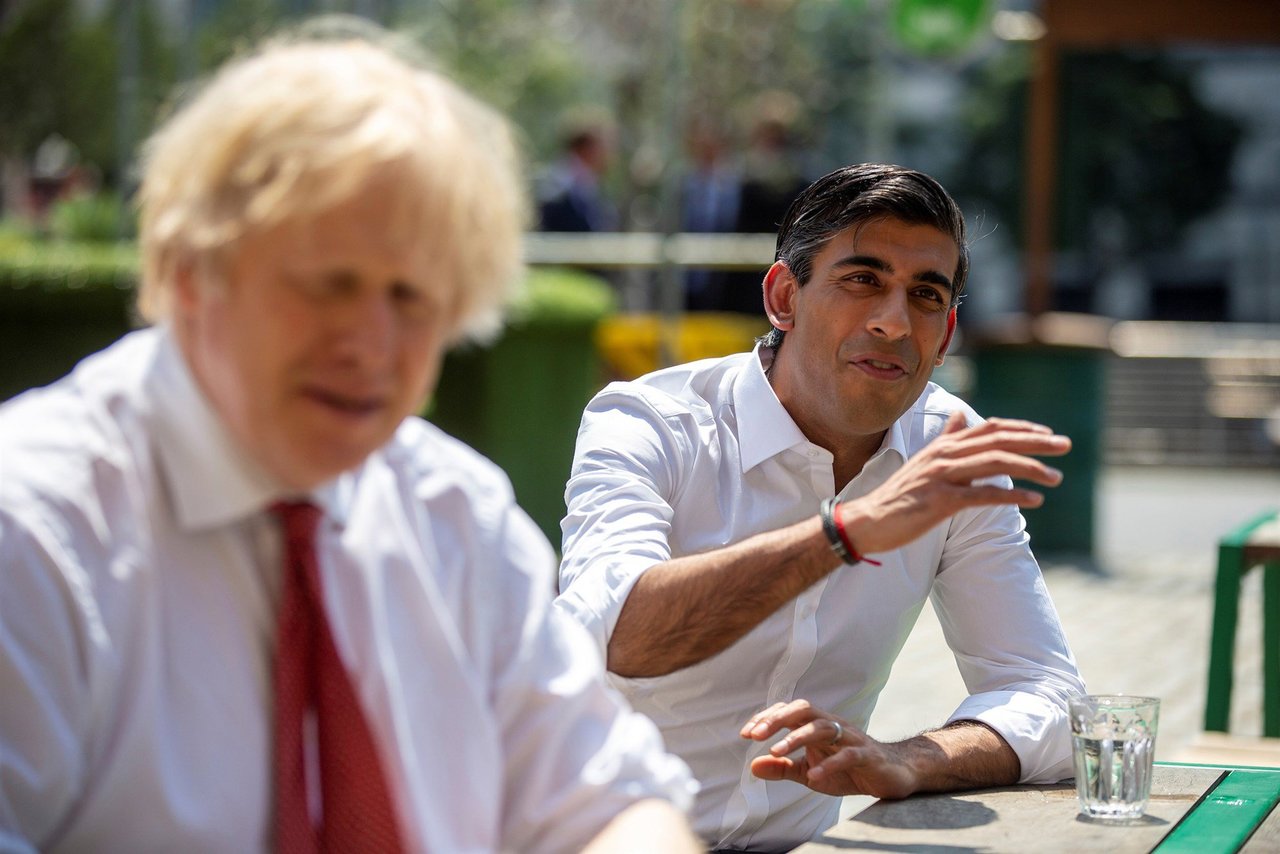 Britain's Prime Minister Boris Johnson and Chancellor Rishi Sunak visit a pizza restaurant in London in June. Some political commentators are tipping Sunak to succeed Johnson, who many believe has fumbled the response to the pandemic.

It's been a tough year for front-line politicians in Britain. Few have impressed as the country battles a rampant coronavirus outbreak and continues its never-ending Brexit saga.

Except, that is, for Rishi Sunak.

The young, well-dressed finance minister was little known until recently, and only entered Parliament in 2015. On Wednesday, he will again make headlines outlining his updated economic forecast for the coronavirus-battered country.

Sunak has already pledged over 200 billion pounds ($267.56 billion) to fight the Covid-19 crisis and is due to announce extra investment to ease pressure on the health service and counter a surge in unemployment.

But the relatively inexperienced former banker, who has Indian roots, has been thrust into the spotlight as one of the country's most powerful politicians.

Now, mutterings are growing louder — could Sunak become Britain's first nonwhite prime minister? Commentators at home and abroad have said it could happen.

A recent opinion poll showed Sunak was the most popular figure among rank-and-file members of the ruling Conservative Party. The same poll gave Prime Minister Boris Johnson an approval rating of minus 10 percent.

He's been dubbed "Dishy Rishi" by tabloids, thanks to his charismatic presentations and slick social media accounts, where he boasts half a million followers.

At 40, he's the second youngest chancellor of the exchequer, the antiquated official title of what is considered the second most important government job.

Many have viewed Sunak as a steady hand during Britain's public health crisis, as criticism grows around Johnson's pandemic response, with the United Kingdom registering the highest Covid-19 deaths in Europe.

The prime minister, who was hospitalized with the coronavirus in April, is currently self-isolating after being exposed to the virus again.

Sunak has acknowledged the role race plays in his political life.

During his debut speech to Parliament representing a seat in Yorkshire, northern England, he joked about constituents commenting on his "tan" being better than that of his white predecessor. Newspapers also nicknamed him the "Maharajah of the Yorkshire Dales."

Sunak has spoken frequently of the debt he owes Britain for taking in his immigrant grandparents and contributing to his path from business to politics, which pundits now say includes a shot at the top job.

Across the Atlantic, the history-making selection of Kamala Harris, who also has Indian heritage, as vice president-elect in Joe Biden's incoming administration, has placed further scrutiny on Sunak's identity and political ambitions.

The killing of George Floyd in Minneapolis in May and subsequent protests led Sunak to speak out on his experiences of racism.

"As a British Asian, of course I know that racism exists in our country," he said in June, recalling how incidents of abuse against him and his siblings while growing up were "particularly upsetting."

The speculation around Sunak's possible rise is all the more surprising as he is a member of Britain's Conservative Party, which has traditionally supported anti-immigration policies and struggled to court ethnic minority voters.

Ethnic minority voters overwhelmingly chose the opposition Labour Party in the 2015, 2017 and 2019 elections, according to a poll by Ipsos MORI.

The Conservative Party has at times been home to right-wing firebrands such as Enoch Powell, who in 1968 promised that widespread immigration would lead to "rivers of blood" and division.

Johnson himself came under fire for using an offensive term to describe Black children in a 2002 newspaper column about a trip by former Prime Minister Tony Blair to the Democratic Republic of Congo. Johnson later apologized, saying his comments were intended "in a wholly satirical way." 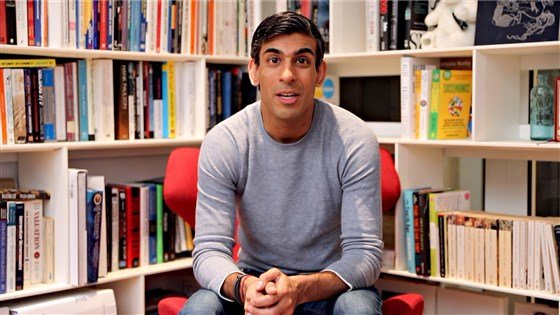 Chancellor of the Exchequer Rishi Sunak takes part in a BBC Children In Need and Comic Relief 'Big Night In' on April 23, 2020 in London.

But Katwala, who also has Indian heritage, cautioned that should Sunak become party leader, it would be "simplistic to think that ethnic minority voters will flock to a politician on the basis of shared ethnicity."

Katwala also warned against easy comparisons between Britain and America.

"There won't be a ‘British Obama’ because Britain isn't America," he said, adding that Britain had always been "more familiar with ethnic diversity in leadership positions."

Sunak, a Hindu, took his parliamentary oath on the sacred scripture Bhagavad Gita.

Britain colonized India until 1947 and some there say Sunak's rise might allow the former to atone for its imperial past.

"There's no question that India will rejoice," Indian lawmaker Shashi Tharoor told NBC News. "It's a measure of how much Britain has come of age since those (colonial) days."

Sunak's success would "do Britain an awful lot of good in the eyes of the world and particularly of the brown and Black world," Tharoor added.

While race is a hot-button issue in multicultural Britain, Sunak's emergence also touches on another social fault line: class.

Two-thirds of ministers in Eton-educated Johnson's Cabinet attended private schools. Sunak, the oldest of three siblings, was headboy at the prestigious Winchester College, an elite all-boys boarding school founded in 1382, with the motto "Manners Makyth Man."

Sunak then followed a well-trodden path to Oxford University to study philosophy, politics and economics, a degree popular among those with an eye on a political future.

Then followed an MBA at Stanford University in California, as a Fulbright scholar, before jobs with the investment bank Goldman Sachs and hedge funds in London, then the seat in Parliament in 2015.

His financial background has propelled Sunak to be among the wealthiest members of Johnson's Cabinet, in part also due to his 2009 marriage to Akshata Murthy — her billionaire father, N.R. Narayana Murthy, founded the Indian tech giant Infosys.

Despite his wealth and privilege, some say Sunak still has the common touch.

The "Star Wars" fan posts pictures of his pets, two daughters and financial initiatives on social media, often with pithy catchphrases, emblazoned with his signature.

Johnson's government faces another potential crisis in the shape of the country's tortuous exit from the European Union.

Like almost all of Johnson's Cabinet, Sunak is a keen supporter of Brexit and campaigned to leave the E.U. in the 2016 referendum.

During the acrimonious 2016 campaign, Sunak kept a relatively low profile but as a smooth press performer represented the government's "leave" position on television and the airwaves.

But the future is far from plain sailing for Sunak.

He has already taken state borrowing to unprecedented levels, spending about 391 billion pounds ($505 billion) so far to bail out businesses and pay furloughed workers' salaries — more than half the total government spending in 2016-17.

As a share of the economy, this will be the highest borrowing since World War Two, as Sunak prepares to lay-out updated economic forecasts for the country on Wednesday.

Analysts say he has little choice but to raise taxes — a huge turnoff for Conservative voters.

And he will have to navigate the financial implications of Brexit when the U.K. finally stops following the shared trade rules with the E.U. on Jan. 1.

Carl Emmerson, deputy director of the London-based Institute for Fiscal Studies, said Sunak's furlough program, which has paid 9 million Britons 80 percent of their salary during the pandemic, was a "smart policy," and had likely stopped unemployment from becoming "astronomical."

Amid England's second national lockdown the scheme has been extended until March, meaning "the more difficult calls might be yet to come," warned Emmerson. "Chancellors putting up taxes might find it less easy to be popular."

The finance ministry declined NBC News' requests for an interview with Sunak. 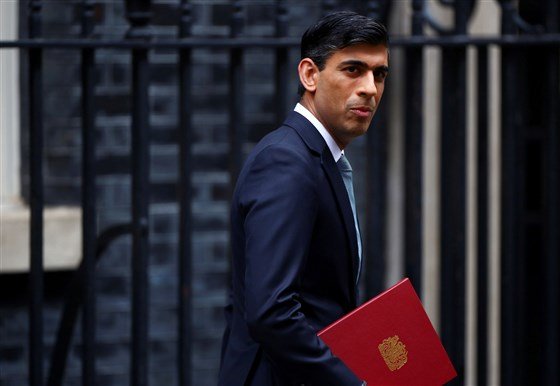 Johnson for years denied having ambitions for No. 10 Downing Street, once describing such rumors as "cobblers" meaning nonsense. He became PM in July 2019.

If Sunak does see himself as a future premier, he is opting for the same low-key strategy.

Asked by a radio presenter in August if the pandemic had dampened his hopes of becoming prime minister, Sunak chuckled and replied with British reticence: "Oh gosh, I don't have that desire."