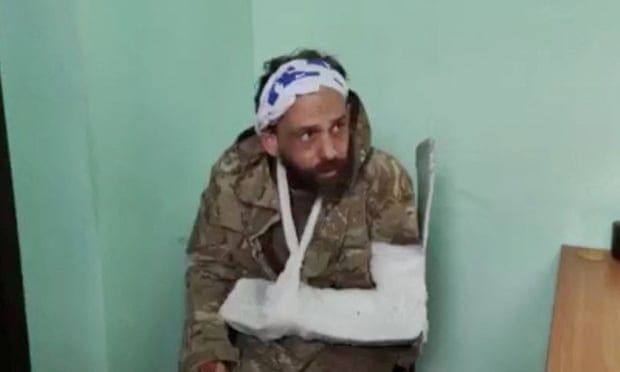 Russia has charged former soldier Andrew Hill and Dylan Healy, believed to have been doing humanitarian work, with fighting as mercenaries
Two more Britons held by Russian proxies in east Ukraine have been charged with fighting as mercenaries, Russian state media have reported, indicating that they could face the death penalty in a likely attempt to pressure western countries to make a deal for their freedom.

Britons Andrew Hill of Plymouth and Dylan Healy of Huntingdon were reported to have also been charged with “forcible seizure of power” and undergoing “terrorist” training, according to a state news agency in Russian-controlled Donetsk. The report was sourced to an anonymous official and has not been confirmed.

Two Britons and a Moroccan man were sentenced to death on identical charges by the authorities in Russian-controlled Donetsk last month. No date has been set for the sentences to be carried out, and at least two of the men are appealing against the verdict.

Hill, who was identified as a father of four from Plymouth, has been paraded on Russian television in several clips, including one that aired last month with the headline: “Exclusive – before the execution”.

In the clip, he appeared to have been informed that he may face criminal charges, saying that he was being “detained here as a suspected mercenary”.

Hill, who is reported to have previously served in the Lancaster regiment of the British army, was first shown on Russian television after his capture in late April. In the video, the 35-year-old appeared to be severely injured, with his head bandaged and his left arm in a cast and supported by a sling.

“I want to go home, to my homeland, to my family, to my children,” he said in the recent clip, which appeared to have been filmed under duress. “I just want to go home. I will tell them the truth.”

He was said to be working in Ukraine independently of any major aid organisation. A friend told ITV that he believed Healy had gone to Ukraine to “to try to help and make a difference”.

The men’s backgrounds will likely have little influence on the outcome of a trial, which are carried out in the Donetsk People’s Republic, a proxy government recognised only by Russia and Syria.

In the previous trial, all three men were convicted of fighting as mercenaries despite serving as enlisted soldiers in the 36th Marine Brigade and being entitled to the protections of the Geneva conventions.

The Russian government has said it is also planning a larger tribunal for Ukrainian soldiers captured at the Azovstal steelworks in Mariupol.
Add Comment