Crystal Foster, 26, says she was assaulted by a bouncer at Mow Bar, in Bratislava, before getting into a brawl with her friend.

Rather than intervening, bystanders stood there and filmed the pair pulling each other’s hair out and trading blows.

At one point, a man approaches to hand back a blonde wig which had fallen off during the fight.

Crystal said she and her pal Beth Adams were at a promotional event on Friday 13 when all hell broke loose.

The Playboy model said a bouncer was acting vulgar and aggressively towards her and other guests for no reason.

She said this later became physical, with the security guard smacking her in the face with the palm of his hand, and ‘then much worse’. 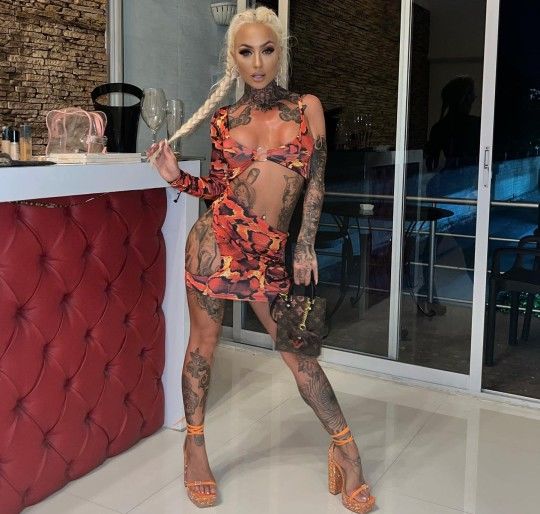 Crystal Foster, 26, says she was assaulted by a bouncer before fighting spilled out onto the street 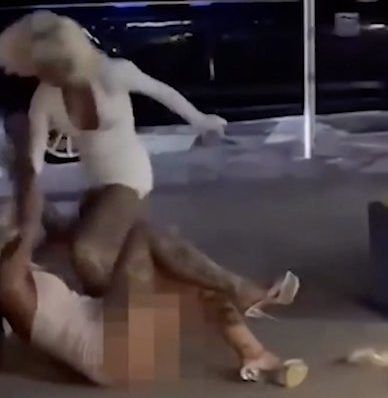 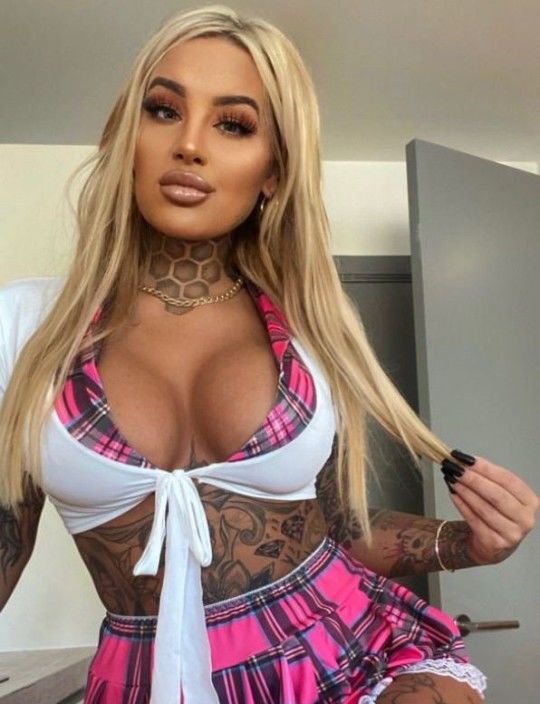 The following day, Beth Adams tweeted: ‘Being questioned by police was fab this morning, especially when they asked what I did for a living, lol’

As the bouncer attacked Crystal outside the club, she says Beth’s phone ended up getting smashed during the chaos.

The two models then ended up getting into a fight of their own in front of a crowd of revellers.

Crystal told the Sun: ‘We are models and we flew there together – she was just too drunk and the fight between myself and Beth shouldn’t have happened.

‘But she pushes me and after being physically attacked for a good five minutes by men – I snapped to defend myself. I’d had enough.’

A spokesperson for the bar told Slovakian publication Novy Cas: ‘Due to the fact that one of the actors also started targeting physical attacks against guests and employees who ensure security within the company’s premises, according to security procedures, our guests were protected as a matter of priority. 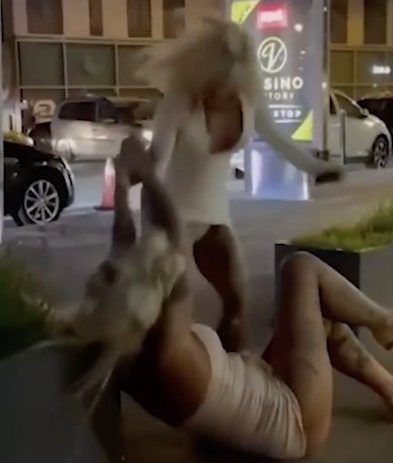 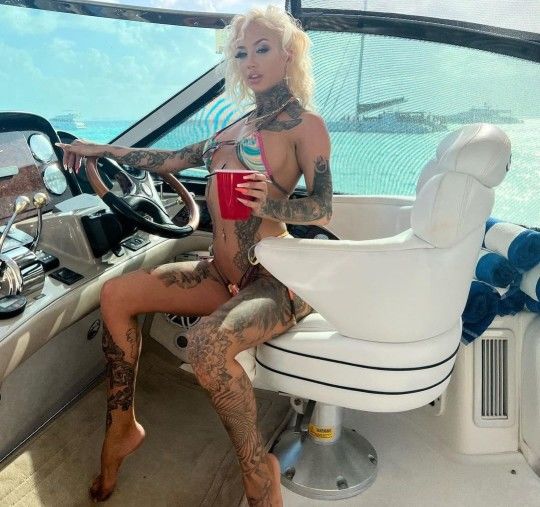 They added: ‘Security staff have no right to intervene outside the contracted areas.’

Police were called to the scene, and Crystal says she headed straight to the airport and took the first flight home after giving a statement.

‘I didn’t know what else to do because I was in such a bad way physically,’ she added.

The model, who has 110,000 Instagram followers, said she will need to take time off work to recover from her ordeal.

Beth tweeted the following day: ‘Being questioned by police was fab this morning, especially when they asked what I did for a living, lol.’