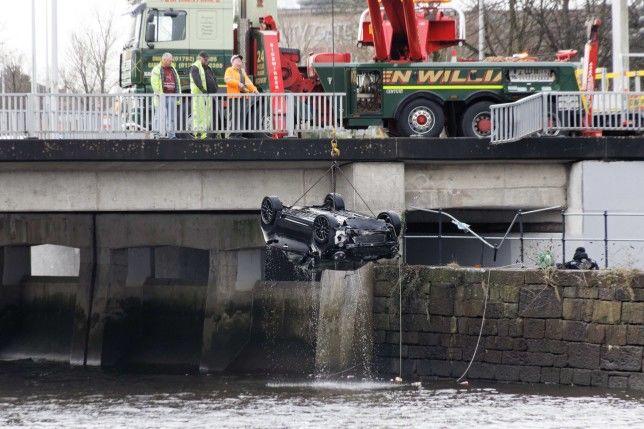 Two people have died after a BMW plunged into a river in the early hours of this morning.

The bodies of a man and woman were recovered from the River Tawe in Swansea today.

Pictures from the scene showed a crane lifting the vehicle out of the river at New Cut Road.

The victims were recovered from close to the submerged car by emergency services.

Detective Inspector Sharon Gill-Lewis said: ‘South Wales Police was called around 3.05am this morning, Christmas Day, following reports that a car had gone into the River Tawe at New Cut Road, Swansea. 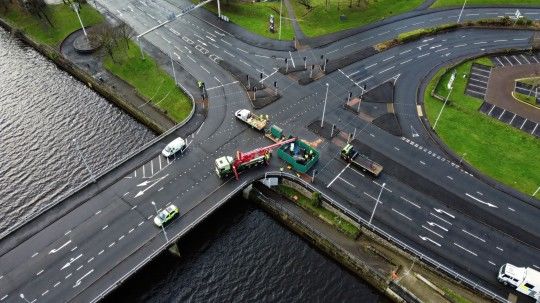 Police are working to establish how the car ended up careering into the water
‘Emergency services attended and a car was found fully submerged in the river. The bodies of a woman and man were located in the river nearby.

‘Their next of kin are being informed and inquiries are continuing to ascertain the full circumstances behind the incident.

‘The incident is ongoing at the scene and no further detail is available at this time.’
Add Comment