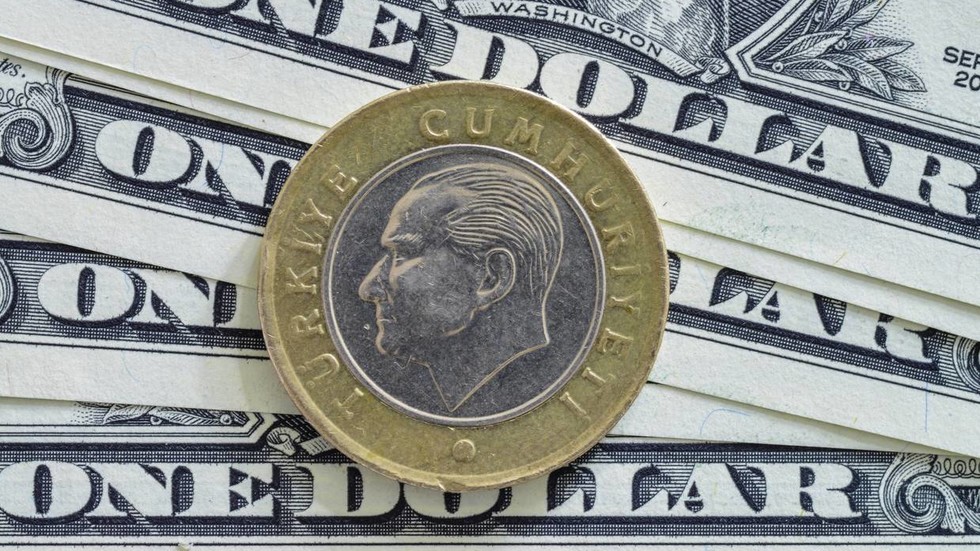 The country’s finance minister has pledged to accelerate ditching the greenback in the coming days
The process of de-dollarizing the Turkish economy will be accelerated in the coming weeks, according to Treasury and Finance Minister Nureddin Nebati.

The government will step up the conversion of the nation’s foreign currency holdings into Turkish lira, he said, adding that more than 131 billion lira ($9.69 billion) had been deposited in accounts under the plan.

The government program, unveiled last month, is intended to protect lira deposits from further forex depreciation, as well as to make citizens feel more secure when holding their savings in a bank.

Turkey’s economy is currently in crisis, with high inflation continuing to rise, while economic growth has stalled and the country’s foreign-exchange reserves have plummeted.

In December, the national currency fell to a record low of 18.4 against the US dollar. The lira weakened by 44% in 2021, although volatility calmed last month after the government unveiled the new scheme.

Nebati also expressed hope that inflation in Turkey would drop to single digits by the time of the presidential and parliamentary elections, which are scheduled for next year. In December, the inflation rate hit its highest level in nearly two decades, running at 36%.

“With fiscal policies and the steps that we will take, we will enter the elections... next year with single-digit inflation, we will all experience, see the change after the first quarter [of 2022],” he said.
Add Comment