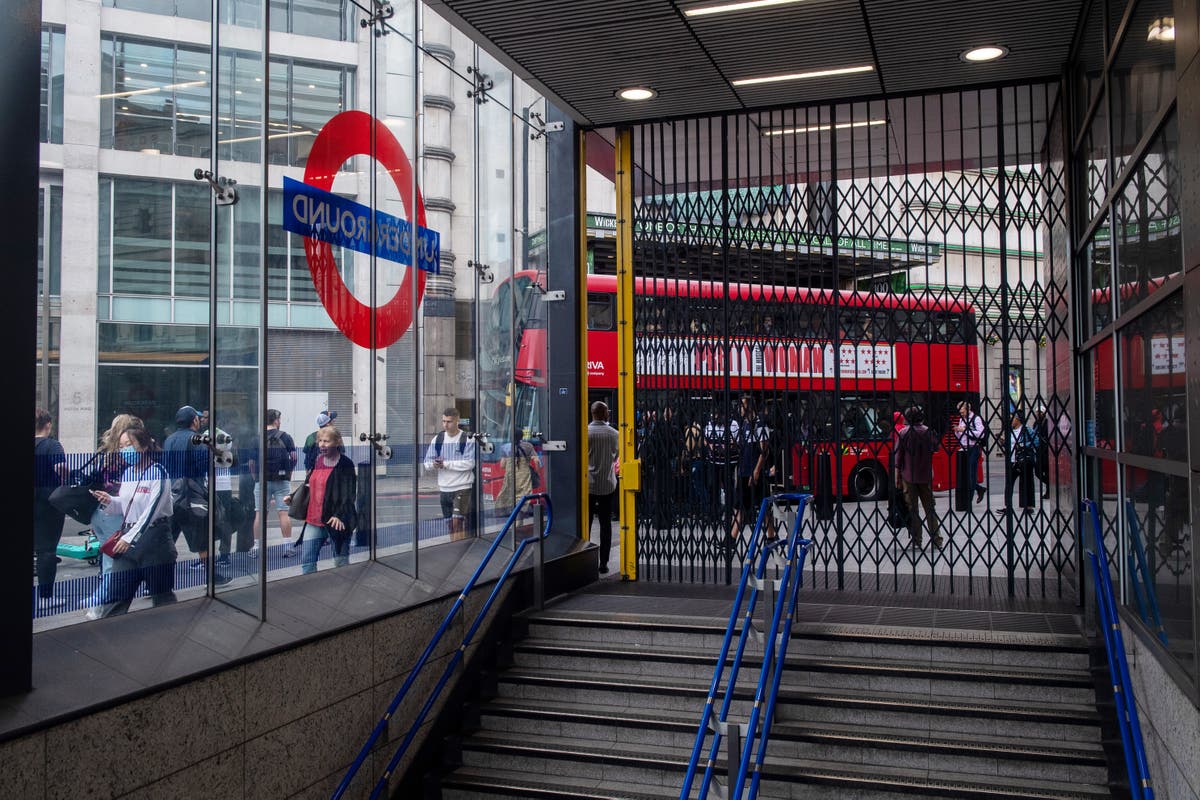 Tube strike to go ahead after last-ditch talks fail

RMT and TfL fail to reach agreement meaning walkout of over 10,000 staff is set to effectively shut network
A strike by London Underground workers will go ahead on Thursday after last minute talks failed to resolve a dispute over pay, jobs and conditions, the RMT union announced.

Thursday’s action will be the sixth 24-hour walkout by the Rail Maritime and Transport union (RMT) in 2022 in a row over job cuts and pension changes.

Transport for London (TfL) apologised to passengers and said it remained open to discussions had refused its offer to suspend strike action.

The RMT claimed Transport for London (TfL) had refused its offer to suspend strike action.

The RMT said it proposed on Tuesday that planned job cuts were suspended until the end of this year and that TfL make a clear statement that London Underground would not agree to detrimental attacks on pensions arising out of a review they are conducting with the Government.

“Our members are resolute in their determination to see a just settlement to this jobs and pensions dispute.

“They will continue their industrial campaign for as long as it takes.

“TfL need to start making compromises and work with the union to reach a deal that works for staff and avoids further disruption to the lives of passengers.”

TfL has advised passengers not to travel as it expects “limited or no service”.

It urged passengers who do attempt to travel to check before they do so. It warned London Overground and DLR services may be subject to last minute changes as a result of the Tube strike, while London Trams will be running a reduced timetable.

Disruption from the strike will continue to affect services into Friday morning.

Glynn Barton, TfL's chief operating officer, said: "I would like to apologise to our customers for any disruption caused by Thursday's industrial action.

"We met with the RMT and Unite this week to urge them to call off this Tube strike as no proposals to change pensions or conditions have been made.

"Unfortunately, no agreement could be reached but we remain open for discussions as there is still time for the unions to call off this action.

"Customers should check before they travel on Thursday and we are advising them to expect very limited or no service on the Tube.

"London Overground, the Elizabeth line and DLR services may be subject to last minute changes, including non-stopping at some stations shared with London Underground. London Trams will also be running a reduced timetable."
Add Comment