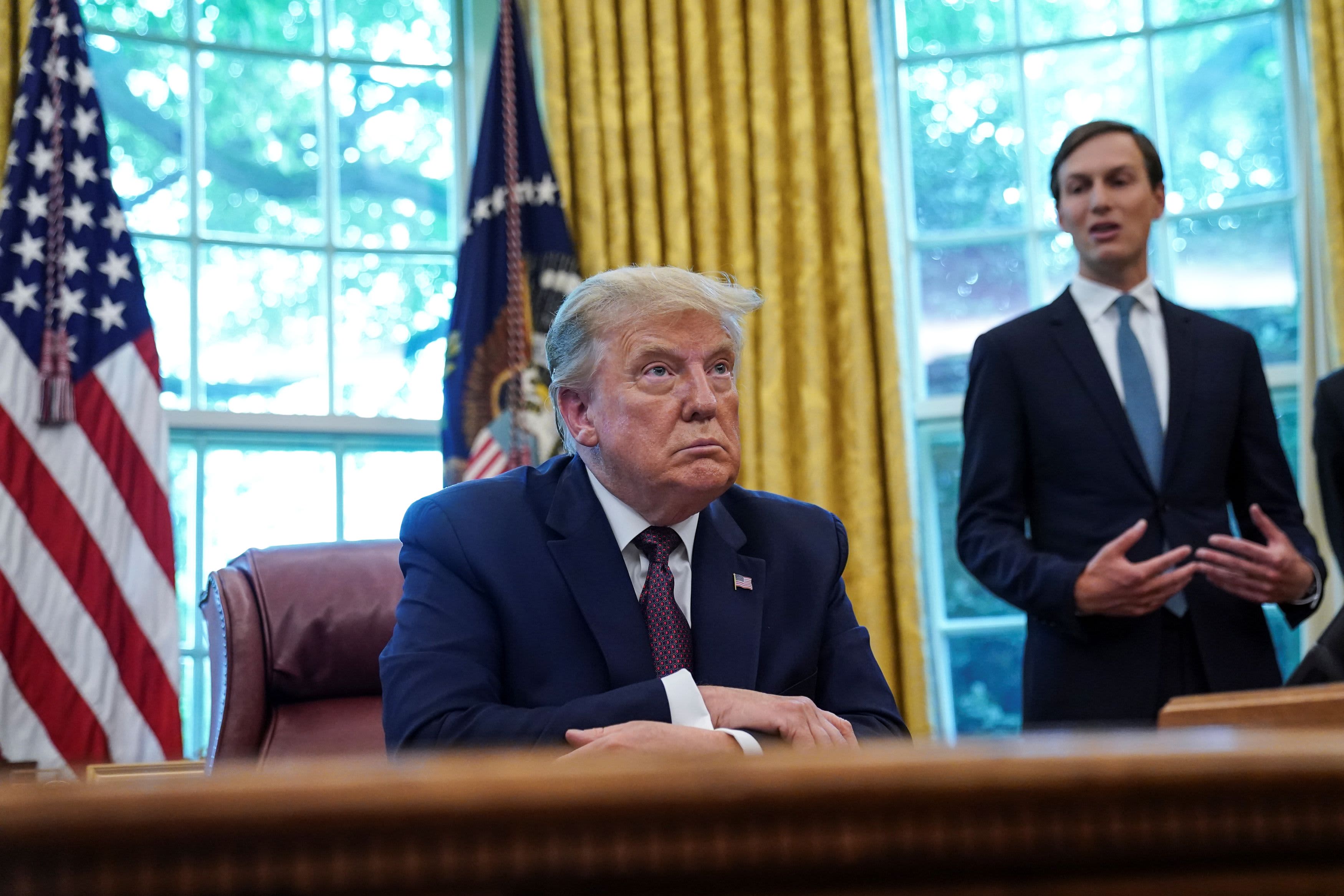 Israel and Morocco have agreed to normalize relations, President Donald Trump announced on Thursday, marking the fourth Arab-Israel agreement in four months. As part of the deal, the U.S. will recognize Morocco’s claim over the disputed Western Sahara region.
As his time in office winds down, Trump said Israel and Morocco would restore diplomatic and other relations, including the immediate reopening of liaison offices in Rabat and Tel Aviv and the eventual opening of embassies. U.S. officials said it would also include joint overflight rights for airlines.

The White House said Trump and Morocco’s King Mohammed VI had agreed in a conversation that Morocco would “resume diplomatic relations between Morocco and Israel and expand economic and cultural cooperation to advance regional stability.”

The U.S. will also recognize the country’s claim over Western Sahara, the former Spanish North African territory that has been a long-running dispute that has confounded international negotiators for decades, the White House said in a statement.

Morocco is the fourth Arab nation to recognize Israel as the administration seeks to expand its “Abraham Accords” framework, which began over the summer with an agreement between the Jewish state and the United Arab Emirates.

Bahrain and Sudan have followed suit and administration officials have also been trying to bring Saudi Arabia into the grouping.

During the conversation, the king agreed to resume diplomatic relations between Morocco and Israel and expand economic and cultural cooperation to advance regional stability.

All of these countries are geographically far removed from the Israeli-Palestinian conflict, making it easier to strike deals with Israel and the U.S. for their own particular interests. Morocco also has close ties with Saudi Arabia, which has given its tacit support to the normalization process with Israel, even at a time when peace making with the Palestinians is at a standstill.

Morocco, a country with centuries of Jewish history, has long been rumored to be ready to establish ties with Israel.

Before Israel’s establishment in 1948, Morocco was home to a large Jewish population, many of whose ancestors migrated to North Africa from Spain and Portugal during the Spanish Inquisition. Today, hundreds of thousands of Israeli Jews trace their lineage to Morocco, making it one of the country’s largest sectors of Israeli society, and a small community of Jews, estimated at several thousand people, continues to live in Morocco.

The North African country has for years had informal ties with Israel.

Israel and Morocco established low-level diplomatic relations during the 1990s following Israel’s interim peace accords with the Palestinians, but those ties were suspended after the outbreak of the second Palestinian uprising in 2000. Since then, however, the informal ties have continued, and an estimated 50,000 Israelis travel to Morocco each year on trips to learn about the Jewish community and retrace their family histories.
#Donald Trump
Add Comment