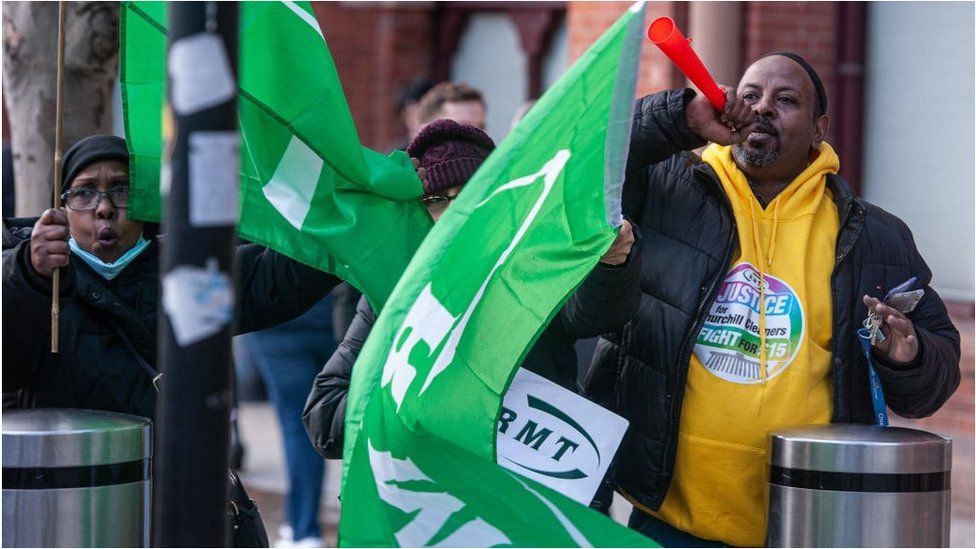 Train strike: How much are rail workers paid?

As thousands of members of the RMT union prepare to go on strike - in a dispute about pay and redundancies - there have been a number of claims made about the salaries of rail workers.

There was a debate in Parliament on Wednesday 15 June about the strikes.

Transport Secretary Grant Shapps responded to a suggestion from Jeremy Corbyn that pay was inadequate by saying: "The median salary for a train driver is £59,000, compared with £31,000 for a nurse and £21,000 for a care worker."

How much are train drivers paid?

To work out the median salary, if you put all train drivers in a row in order of their pay, the person in the middle of the row would be earning the median.

Mr Shapps is mostly right on these figures, which come from the Office for National Statistics (ONS).

The trouble with using the figure for train drivers in a debate about the strikes is that the drivers are represented by their own union, Aslef, which says that 96% of train drivers in England, Scotland and Wales are its members, and most of the remaining 4% are not union members at all.

Aslef will not be taking part in the national strike, although they have action of their own taking place at the same time, with drivers at Greater Anglia striking on 23 June. A strike on Hull Trains on 26 June has been cancelled. Aslef are also balloting for action on several other lines.

We asked the Department for Transport (DfT) how it got to this figure and it initially said it had taken the median figures from the ONS for four categories of workers, added them up and dividing by four:


*  Rail construction and maintenance operatives - £34,998 - they lay and repair tracks

This wouldn't have produced a median figure and the DfT subsequently got in touch to say they had actually got the figure from the ONS, which had produced a genuine median figure (£43,747) across everybody in those four categories along with a fifth - workers who build and repair engines and carriages. Their median salary is £46,753. 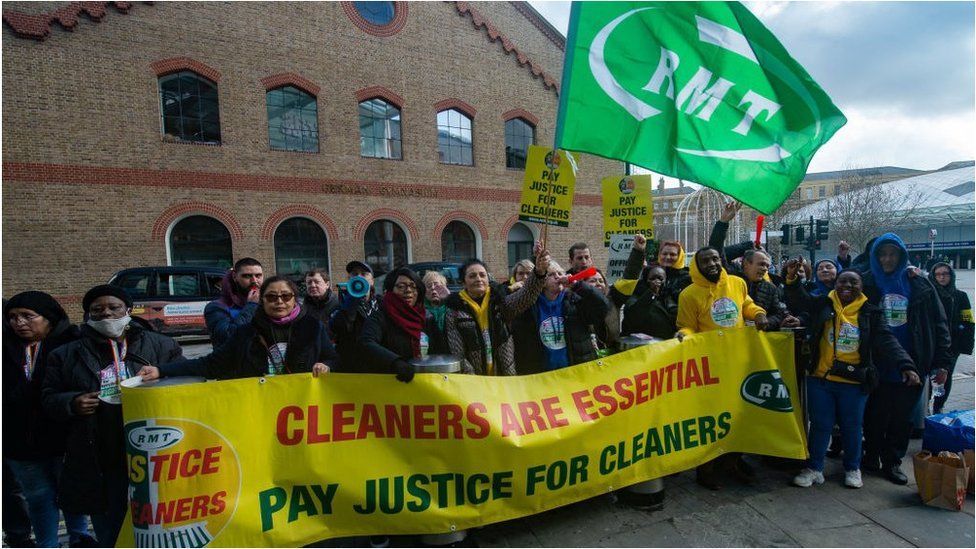 Mr Shapps is right that the figure is above the median pay for all employees in the UK, which was £25,971 last year.

The RMT union says the figures used by the government are too high because they include train drivers who are almost all represented by a different union and not people like cleaners who are not categorised in the ONS figures as rail workers.

It says that if you take the £44,000 figure, exclude the drivers and include cleaning staff you get a median figure of £33,000, which better reflects the pay of the people going on strike.

We asked the RMT for its exact workings, but it seems likely that if you add a number of low-paid staff such as cleaners to the calculation then you could get it down to about £33,000.

Speaking about pay for rail workers, Mr Shapps said there had been a "nearly 40% increase in salaries over the last 10 years".

The ONS calculated a median figure for the same five categories of rail workers in 2011, which came out at £35,329.

That means there was an increase of 24% over the last 10 years, not 40%. It's similar to the 23% increase for all employees over the same period.

Remember that for the people actually involved in this week's strike the increase will be lower, because this figure includes a 39% increase in pay for the train drivers, who are generally not represented by the RMT. 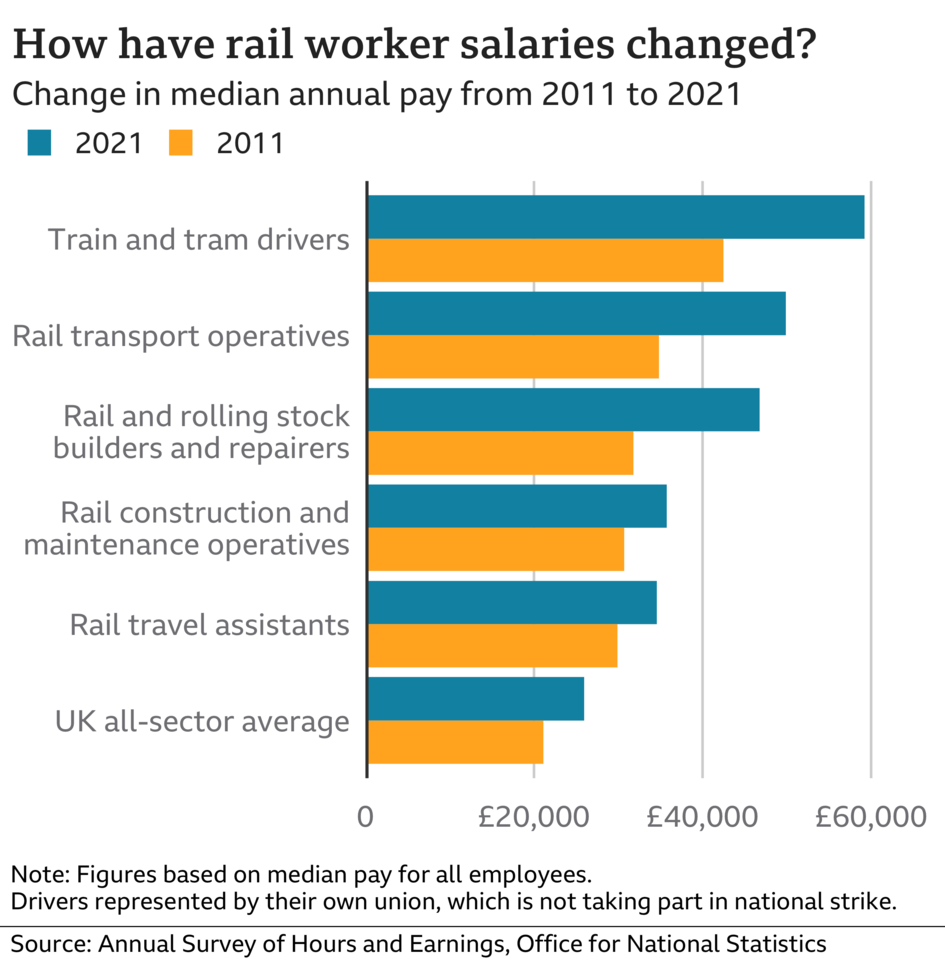 We have asked DfT how it worked out the nearly 40% increase but have not yet heard back.

On the BBC's Sunday Morning political programme, Mr Shapps also claimed that Labour leader Keir Starmer "was behind the scenes encouraging the unions to go on strike".

He made a similar claim in a tweet, which linked to a Mail on Sunday article, based on leaked minutes from Labour's National Executive Committee.

According to the article, the leaked minutes said: "On possible action on the railways he [Keir] said it was wrong for the government to restrict the right to strike."

Opposing government measures to restrict the right to strike is not the same as encouraging unions to strike.

A Labour spokesperson responded: "Keir has been very clear that these strikes should not go ahead."