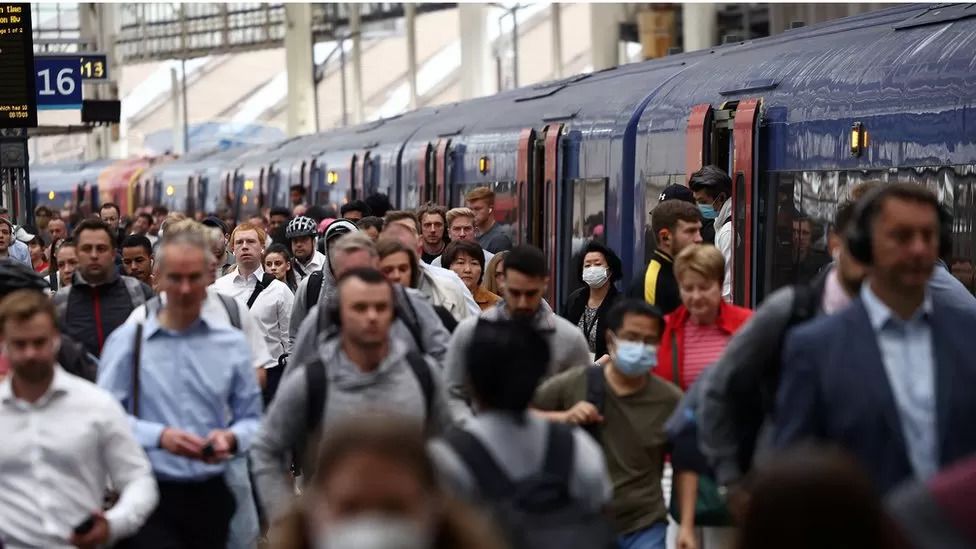 Almost one out of every 12 trains across Britain was cancelled in the four weeks prior to 7 January, excluding strike days.

There were twice as many cancellations compared with the previous four weeks, Office of Rail and Road figures show.

And the four weeks to 7 January saw the least reliable rail services since the ORR began recording the data, in 2014.

Rail companies said extenuating factors such as the pandemic and strikes had contributed to these poor figures.

Strike days had left trains out of position when services had resumed and an overtime ban, from 18 December to 3 January, had led to staff shortages.

The Rail Delivery Group, which represents operators, said the pandemic had also had a long-term impact on services, with fewer drivers and other staff and higher rates of absence.

An official said: "Regrettably, these absences often lead to last-minute cancellations but train operators across the industry have been working tirelessly to recruit and train new staff to improve resilience.

"We are working hard to agree reforms in working practices with our staff so we can fund a pay rise for them and meet the changing needs of our customers as well as raise awareness of [national passenger compensation scheme] Delay Repay, while making the process easier with one-click and automatic compensation for delays of just 15 minutes." 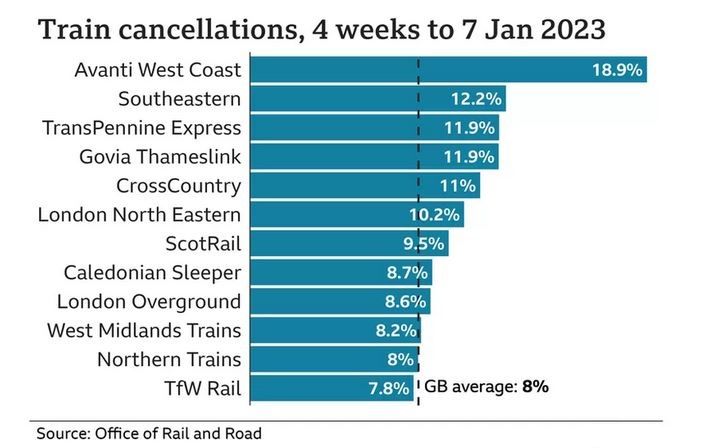 After a new timetable, in December, introduced a large increase in planned services, 18.9% of Avanti West Coast's trains were cancelled - although, 32% of these were because of Network Rail.

A spokesman apologised to customers but said services were now improving, with more running than in the autumn

The Department for Transport (DfT) has given Avanti until 1 April to improve.

But Southeastern railway, which the DfT owns, had the second highest number of cancellations.

TransPennine Express, which had the third, blamed sickness and training backlogs.

"Ministers continue to hand over millions in taxpayer-funded performance bonuses to failing operators," she said.

"The Conservative answer to the chaos on the railways is more of the same failed status quo.

"The next Labour government will end this farce, put passengers back at the heart of our rail network and invest in infrastructure fit for the century ahead."