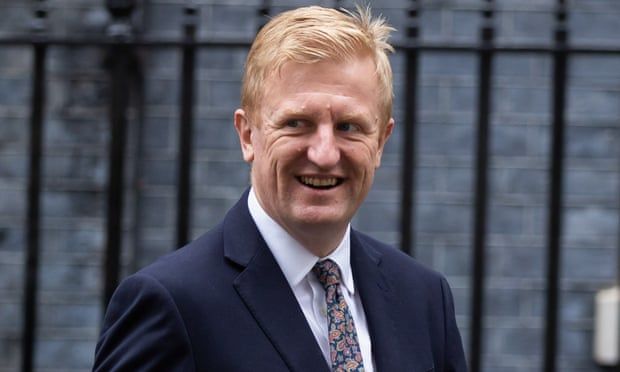 Government argues ‘rebalancing’ required as concerns grow of increasing politicisation in appointments for top roles
Trustee by trustee, chair by chair, the government is changing the political tone at the top of Britain’s national bodies, from museums to regulators.

In the last year, Conservative donors and Tory former politicians have been picked to lead organisations including the Health and Safety Executive, the BBC and the Office for Students, which regulates universities.

The latest crop of appointments are whiter and more male than before, but another growing concern is about ministers pushing the boundaries of acceptable norms by using political appointments to cement their party’s positions on issues ranging from the reappraisal of Britain’s colonial past to freedom of speech on university campuses.

At the National Maritime Museum, the trusteeship of a British-Bangladeshi academic who challenged the board to “retell” Britain’s history in the wake of the Black Lives Matter movement was not renewed this spring. A Science Museum Group trustee who refused to sign up to the government’s controversial “retain and explain” policy felt she had no choice but to stand down.

Rishi Sunak’s former adviser Richard Sharp, who has donated £400,000 to the Conservative party, is the latest chair of the BBC. At the exam regulator Ofqual, the new chair is Jo Saxton, a one-time policy adviser to the former education secretary Gavin Williamson. The Office for Students chair went from Blair-era adviser Michael Barber to James Wharton, a Tory peer and donor who ran Boris Johnson’s 2019 party leadership campaign. The appointees’ aptitude for the roles might not be in question, but their links to the government are visible.

Ministers have always had a final say on who leads major public bodies, but their activism has increased, the former commissioner for public appointments Peter Riddell told the Guardian. “Things changed two years ago [when Boris Johnson became prime minister] and there was more of a desire to shift the balance,” he said.

Critics fear the process is “chilling” the independence of national bodies and deterring good candidates, but ministers argue it is time for a rebalancing. In March, the Conservative party co-chairman, Oliver Dowden, told a webinar that the government wanted “proper governance of organisations to ensure … they don’t get pushed around by some noisy campaign group” and warned that the “new nihilist left is an emerging danger”.

Last month, he sparked an angry reaction from charities with plans to install a new chairman of the Charity Commission to “rebalance” the regulator’s approach to ​charities “that appear to have been hijacked by a vocal minority seeking to burnish their woke credentials”.

The scrutiny of what candidates think – as seen through their social media and blogs – has become disproportionate, at least according to Riddell. Candidates to become a commissioner for Historic England, which advises on the preservation of monuments and runs hundreds of historical sites, are being warned that social media feeds and blogs will be searched and information shared with ministers. Anyone interested in becoming the fundraising trustee for the National Portrait Gallery, home to pictures of the Bristol slave trader Edward Colston as well as musicians such as Ed Sheeran, must show a commitment “to the need to contextualise or reinterpret, but never to erase” – a reference to the government’s controversial “retain and explain” policy on exhibits, not least those that relate to Britain’s colonial past.

Government sources play down the phenomenon. They stress that political activity is no bar to public appointment and that last year only 6% of all appointees to public bodies declared “significant political activity” – that is, standing for or holding office, donating or public speaking in the last five years.

However, Jonathan Evans, the former director general of MI5 who chairs the committee on standards in public life, said this week he was concerned the system of regulating public appointments was too dependent on ministers acting with restraint and that the governance code still allows ministers to appoint people whom assessment panels have deemed not appointable.

Riddell, who stood down last month as the regulator of public appointments, is balanced on the issue. He said in his final annual report that in most cases ministers and those running public bodies had shown “mutual restraint”, but that in the last year he had had to intervene more to stop bad practice. For example, “the wholesale rejection of reappointments”, which allows ministers to rapidly change the makeup of boards, is “infuriating chairs”.

Asked by the Guardian about the appointment of political figures, he said: “We are now seeing a more intensive effort and it is reflective of politics being more polarised. But it is not unique that the chairman of the BBC would have political links. It happened under Blair with Gavyn Davies. It’s the intensity [that has increased].”

A separate Guardian analysis of 30 “significant appointments” by ministers to leadership roles at public bodies in the last year found that most appointees did not have obvious Conservative links. The latest chair of the Equalities and Human Rights Commission, Kishwer Falkner, is a crossbench peer previously affiliated with the Liberal Democrats. Simon Thurley, the recently selected head of the National Heritage Memorial Fund is a well-regarded former chief executive of English Heritage. In nine cases, however, successful candidates had links to the current administration, including some former MPs and current peers.

Changes are under way at trustee level, too. Aminul Hoque, a British-Bangladeshi academic, served on the board of the National Maritime Museum, the collections of which are entwined with Britain’s colonial ventures, until his reappointment was vetoed by ministers this spring.

Hoque describes himself as an “east London boy, son of an immigrant” and said that after the Black Lives Matter protests of 2020 he had argued “this is … a moment in history where we as a responsible national and international museum … have an opportunity to retell a critical story of Britain’s past, present and future”.

“These were the kinds of discussions I was having at boardroom level and then the news of my dis-appointment came,” he said. “What I was doing within the boardroom was no different to what I do in my lecture halls: I ask critical questions. My instincts are around humanity, equality, inclusivity, a multicultural, equal world … Just maybe I asked one too many critical questions.”

He said that since his removal “many other museum trustees contacted us and said it’s happened to us”.

Last year, it was reported that the historian Mary Beard was rejected by the government for a trusteeship at the British Museum amid suggestions it was because of her pro-EU views. She was later appointed to one of the trustee positions that are at the behest of the museum’s board rather than the government.

Natural allies of the government are winning trusteeships too. Inaya Folarin Iman, a presenter at GB News, the right-leaning cable channel, was picked for the National Portrait Gallery board last month, joining the former Tory minister Chris Grayling, who was appointed last year.

Sarah Dry, a science historian, was a trustee at the Science Museum until earlier this year when she withdrew her application for a second term. She had been asked to sign up to the government’s retain and explain policy that states “​​the government does not support the removal of statues or other similar objects” and “you should not be taking actions motivated by activism or politics”.

She said signing would have meant accepting self-censorship, with the result that certain types of exhibition might not go ahead.

“Today it could be contested heritage, tomorrow it could be any other number of issues on which trustees are required to explicitly support current government policy,” she told a panel event this month.

“We can imagine Brexit, issues like immigration, human rights violations in China, decarbonisation … If I had signed up to such a policy, I would have forfeited the independent judgment and advice that is the trustee’s main function.”

Dry told the Guardian that the tactic of asking trustees to sign up to government policy was having a “chilling effect’’. She said she knew of another person who had scrapped a plan to apply for a trusteeship at the Science Museum as a result.

“The effect is to lose access to expertise in the boards, held by people who aren’t willing to sign what is effectively a loyalty oath,” she said. “It transcends the question of contested heritage. It is about independence of expertise on boards of trustees. It might limit the appeal of these positions to serious applicants.”

She questioned the real intent of the retain and explain policy given “there isn’t an epidemic of objects being taken off display”.

“The government is waging a phoney war against a fake opponent,” she said. “Policies such as retain and explain are being used to undermine independent advice. It is not that we must care for our objects – that is already written into trustees’ obligations – it’s that we must share a particular story about Britishness.”