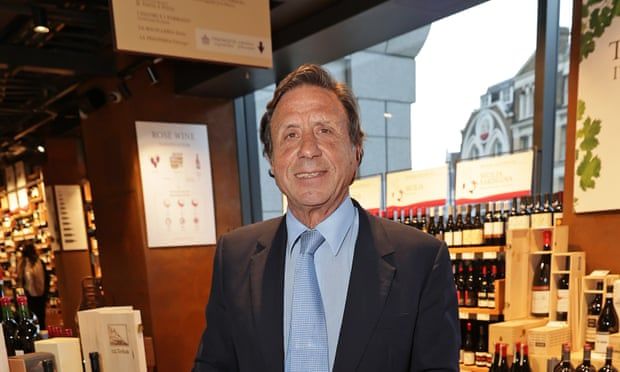 A big Tory donor has said he cannot support Boris Johnson, after accusing him of overseeing an un-Conservative government, delivering a “pathetic” tax-cutting pledge and refusing to heed calls to change the course of his premiership.

With the prime minister facing a split over Brexit within days and a mounting revolt among party backers after last week’s humiliating confidence vote, the hotelier Sir Rocco Forte said that he “will not put up” with the direction Johnson is taking the party.

He told the Observer that Johnson had mishandled the Partygate scandal and been “badly damaged” by Monday’s confidence vote, in which 148 MPs opposed the prime minister. However, in a sign of wider despair over the performance of Johnson’s administration, Forte said that it was simply “not a Conservative government”.

“He was elected to deliver Brexit and win an election, which he did, and he’s probably the only person who could have done it in the way it was done,” he said.

“But those of us who supported him expected him to build a competent team around him as he did when he was mayor of London, and govern effectively. That just hasn’t happened. And the reality of this government is that it’s not a Conservative government.

“If you’re running a business, you don’t feel this government is behind you in any way. That’s what a Conservative government is supposed to be about. Unless he changes tack and does something about that – which doesn’t look likely because he’s suggested he’s doing all the things that need to be done already – I don’t think people on the right of the party, like me, will put up with this. 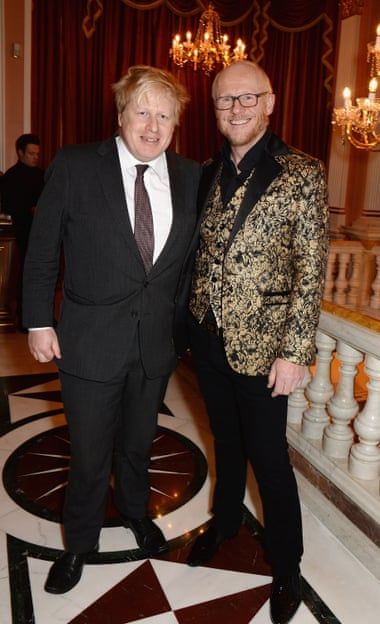 Boris Johnson with the billionaire John Caudwell in 2014. The Phones4U founder wants more investment by the government.

Forte handed Johnson £100,000 for the last election campaign. Worryingly for Johnson, other donors are also losing faith – but there are competing views on how the prime minister should fix things.

John Caudwell, the billionaire founder of Phones4U who gave the Tories £500,000 before the last election, would not state if Johnson should go, but called for more investment. “Rather than prudence we need to borrow on an unprecedented scale and invest wisely, productively and profitably,” he said, pointing to renewable energy, infrastructure, subsidies for industry and apprenticeships.

Lord Patten added: “We don’t have a Conservative government at all, but an English nationalist party which is populist, but – fatally – without being popular.”

Unease among donors and grandees is another sign that, despite relative calm among MPs since Monday’s vote, Johnson remains on unstable ground. A confrontation is already building over Brexit. On Monday, the government will publish its plans to effectively override the Northern Ireland protocol – the section of the Brexit deal with the EU governing the region.

While the government has been trying to reassure MPs that the proposals will not reignite Brexit tensions, the Observer has been told by multiple sources that the government’s bill still includes sections that override the protocol agreed with the EU – a move that critics say is illegal and will spark a rebellion.

One Conservative source said: “The government is lying to its own MPs and the media about the illegal focus of this bill. The Tory party is sleepwalking into a repeat of the Owen Paterson vote and Partygate – yet again positioning the party full square in support of law-breaking over rule of law.” 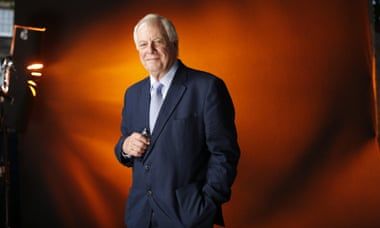 Chris Patten, the former Conservative chairman, says the party is in the grip of a ‘Johnson cult’.

It is understood that key legal advice was not presented to the cabinet committee overseeing the plans. The Observer has established that Thomas D Grant, an academic lawyer who worked in the US state department during the Trump administration and has written legal articles supporting a hard Brexit, has been advising on the bill. Whitehall sources said while he offered advice, he was not a central part of the legal team.

There have been frantic legal and political negotiations taking place between Johnson, his cabinet and MPs in the past week. Johnson had been pressed to take a hard line and effectively override the protocol.

It creates a major flashpoint for Johnson. Some pro-Brexit MPs, including some in the European Research Group (ERG) that caused persistent problems for Theresa May, could withdraw their support for him if the plans are seen as too weak. However, moderate Tories are also threatening to rebel if they deem that the legislation breaks international law.

An ERG source laughed off the idea that they had “a Machiavellian plot to take control of the party” by holding Johnson to ransom. They said that it was most important to ensure the European Court of Justice did not oversee UK law.

There have already been signs that as the immediate impact of the Covid pandemic recedes, clashes over Brexit are reopening. Mark Jenkinson, the Tory MP for Workington, told the Daily Mail that “lefties, Lords and luvvies” were showing they still did not accept the referendum result. The paper also claimed in an essay that a “Remainer counter revolution has begun” and replacing Johnson could lead to the reversal of Brexit.