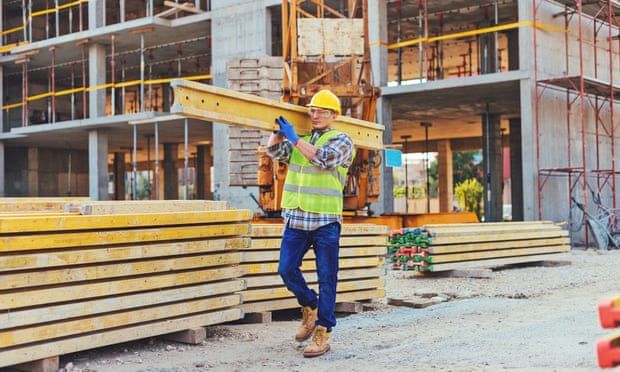 Research finds a fifth of party’s donations came from residential property sector, posing ‘real risk of aggregative corruption’
The Conservatives have an “unhealthy financial reliance” on property developers, with more than a fifth of all donations to the party over the past decade coming from the residential property sector, a report by a leading anti-corruption group has said.

While it could not be conclusively proven that government decisions were shaped by this flow of money, such a reliance on housing-based donations created “a real risk of aggregative corruption”, Transparency International said.

The report also highlighted serious concerns about a lack of information on lobbying by housing groups, saying that this, coupled with a rapid turnover of ministers and civil servants, added to the undue influence exerted by the sector.

In contrast, while private renters make up almost a fifth of all households in Britain, there was “a notable absence of tenants at the table” when decisions were made, making it less likely that bold solutions would be made to tackle the housing crisis.

The research, which Labour said illustrated the need for urgent reforms to donation and transparency rules, showed that between 2010 and 2020, the Conservatives received £60.8m in donations from individuals and companies related to substantial property interests. Of property-related donations to all parties, 80% went to the Tories.

Much of this came from a handful of leading donors, the report found. Over the period of 2015 to 2019, 10% of all donations received by the Tories came from just 10 property-linked sources.

The report noted: “While we have seen insufficient evidence to prove beyond reasonable doubt any direct quid pro quo arrangements of donations for decisions, this dependence creates a real risk of aggregative corruption, whereby the actions and judgments of ministers are incentivised by their party’s financial ties to interest groups in this policy area.”

The group also condemned information about lobbying efforts, saying the level of information provided “falls lamentably short of the mark” when measured against expected standards.

In just three years from 2017 to 2020, the research uncovered, ministers held 669 meetings with 894 different interest groups to discuss housing issues, but in more than 40% of cases departmental information described the subjects being discussed only as “housing” or “planning”.

The statutory register of consultant lobbyists gave additional information on only three of these 894 groups attending the meetings.

Another issue of concern highlighted in the report was the lack of “institutional knowledge” within the government given that in the last 20 years there have been 10 community secretaries or equivalent, and 18 housing ministers, with a similarly high turnover of civil service staff.

Anneliese Dodds, the Labour party chair, said the research showed “how the rules around transparency for lobbying ministers aren’t fit for purpose”. She added: “We need to know who is lobbying ministers, what they want from government and what is discussed when they meet.”

A Conservative spokesperson said: “Government policy is in no way influenced by the donations the party receives – they are entirely separate.”

Donations were publicly declared and fully legal, and such fundraising was “a legitimate part of the democratic process”, they said, adding: “The Conservative party is delivering on its manifesto commitments to deliver more homes, with new housing supply having risen to its highest levels for 30 years. Working with the housing industry is an essential part of getting new homes built and regenerating brownfield land.”
Add Comment