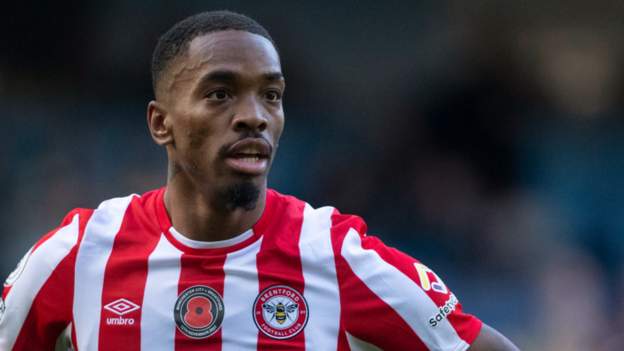 Brentford striker Ivan Toney has been charged by the Football Association with 232 alleged breaches of betting rules.

Toney, 26, has scored 10 Premier League goals this season but missed out on a place in the England World Cup squad.

Brentford said in a statement: "The club has been in discussion with Ivan and his legal representatives. Those conversations will continue privately."

The statement continued: "We will make no further comment until the matter has been completed."

Toney has until 24 November to respond to the FA misconduct charges, which involve alleged breaches of FA rule E8, which bans players from betting on games, or sharing privileged information for the purposes of betting.

He faces a lengthy ban if they are proven. England defender Kieran Trippier was banned for 10 weeks by the FA in December 2020 for giving out information for others to bet on his transfer from Tottenham to Atletico Madrid.

In 2017 manager Joey Barton was banned for five months after he admitted placing 1,260 football-related bets over a 10-year period.

Toney said earlier this month, after the allegations were first reported, that he was "assisting the Football Association with their enquiries".

He was on the books at Newcastle United from 2015-2018 but spent the majority of that time out on loan. The Northampton-born player had two spells at Scunthorpe, playing for them in the 2016-17 season and again from January to May 2018, either side of six months on loan at Wigan.

Toney signed for Peterborough in August 2018, before making a £5m move to Brentford in September 2020.

The forward, who began his career at Northampton, has scored 58 goals in 105 appearances for Brentford, including two in a shock 2-1 win at defending Premier League champions Manchester City in the final game before the World Cup break.

Only England captain Harry Kane (12) and City forward Erling Haaland (18) have scored more goals in the Premier League this season.

Toney received his first England call-up for September's Nations League games against Italy and Germany but did not get on the pitch in either. 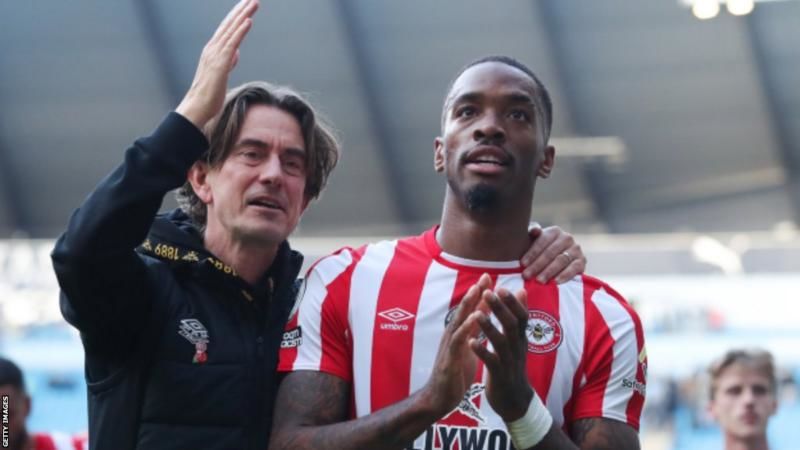 Ivan Toney has scored 58 goals in 105 appearances for Brentford