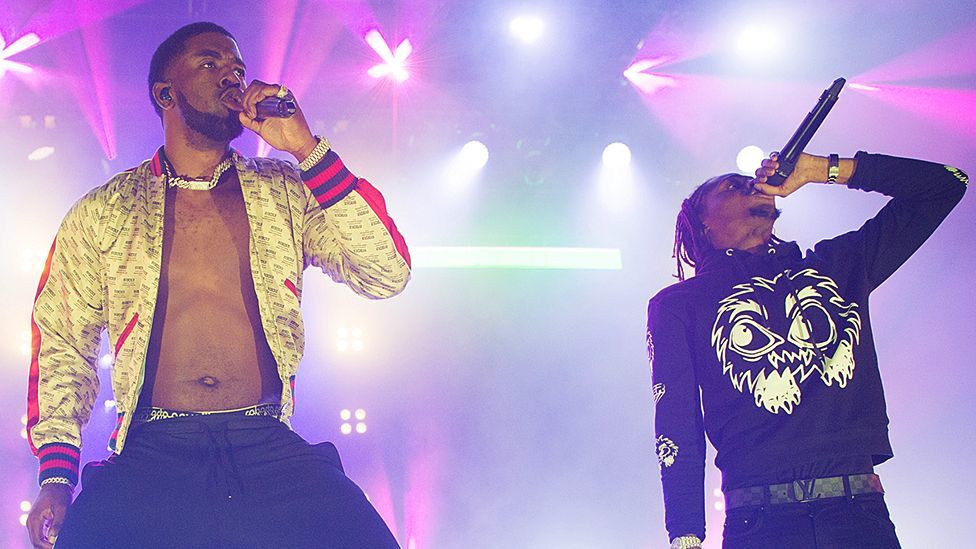 TikTok has named Body by Tion Wayne and Russ Millions as its most popular track by UK artists in 2021.

It means more videos were created to this song than any other this year, and it's the first time a drill song has taken that title.

"It's great to see everyone get together and make trends go viral. Everyone got involved, we appreciate it."

The track's remix featuring ArrDee, E1 (3x3), ZT (3x3), Bugzy Malone, Buni, Fivio Foreign and Darkoo was the version most used by creators on the app. You couldn't scroll far on TikTok without hearing ArrDee's viral verse this year.

The hashtag #bodyremix has more than 200 million views on the app.

Body also broke boundaries earlier this year when it became the first drill song to reach number one in the UK official chart.

The ten most popular songs in the UK with TikTok users in 2021 are:

3. Just for me - PinkPantheress

6. Obsessed With You - Central Cee 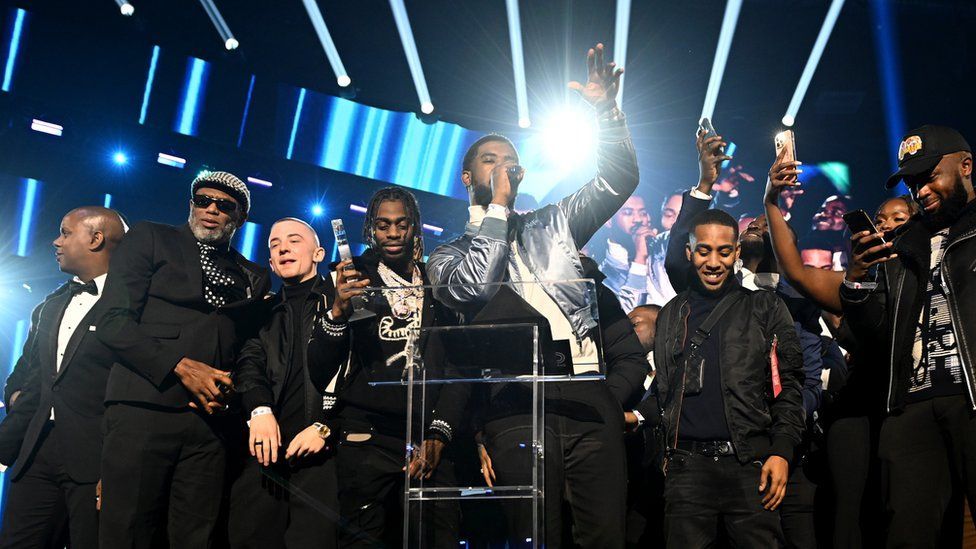 Like I Can by Sam Smith came in as TikTok's second biggest UK song, and PinkPantheress' Just For Me took third place, after last year winning TikTok's breakout song of the summer.

PinkPantheress told Newsbeat she uses the app as a test for how songs will perform.

"I post a snippet of something, and if people like it I'll go and record a full version."

She never records a full song without gauging her fans' reaction there first.

"Before TikTok, I was using SoundCloud to post my music. The algorithm on Soundcloud isn't the same.

"The algorithm is crazy on TikTok, you can post a video and you can have zero followers and it can do well."
'That's Liv from TikTok'

Liv Harland, from York, had some of the biggest live stream moments of the year on TikTok, where she broadcasts herself busking.

"It's been absolutely nuts having 17,000 people at one point watching me. It's more than probably I'll ever have in a concert watching me," she told Newsbeat.

"Now I'll have at least 20 people come and ask for pictures or I'll hear: 'That's Liv from TikTok'."

The most-watched live moments by artists on TikTok are:

Reflecting on her positions in the list alongside Ed Sheeran, Yungblud and Coldplay, Liv said: "It's mad to even put my name in that category."

She plans to keep using the platform to further her career.

"TikTok's the new way to get into the top charts and that's what I want to do next year," she adds.

The review of TikTok's biggest songs also looked at the throwback tunes that have been most popular on the app this year.

Bills, Bills, Bills by Destiny's Child was the most popular comeback track in the UK, followed by Rasputin by Boney M and The Hustle by Van McCoy.