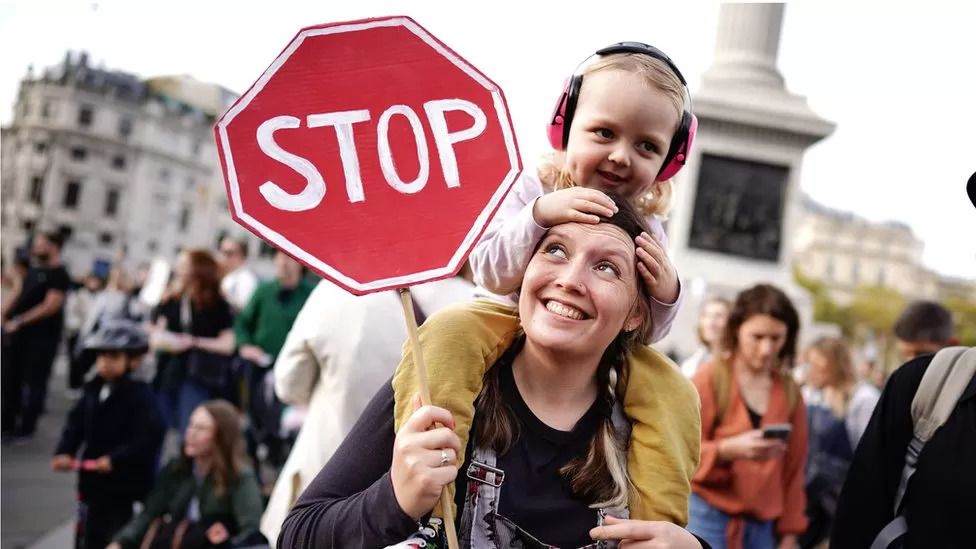 Hundreds of protesters gathered in central London on Saturday to urge the government to reform the childcare sector and parental leave.

The event was one of several marches held in cities across the UK including in Bristol, Glasgow and Norwich.

The government said it was "committed to supporting working parents and helping them participate" in work.

But speaking in London, Labour MP Stella Creasy said comments by Rishi Sunak likening maternity leave to a holiday reflected that he "(doesn't) really know what he's talking about".

Speaking to the PA news agency, she added: "We've got a cost-of-living crisis and an economy that isn't growing.

"You can't solve either of those challenges without investing in childcare.

"For me, investing in childcare pays off because the more women - and it is mainly women being penalised by this - can work, the more families can make choices that work for them." 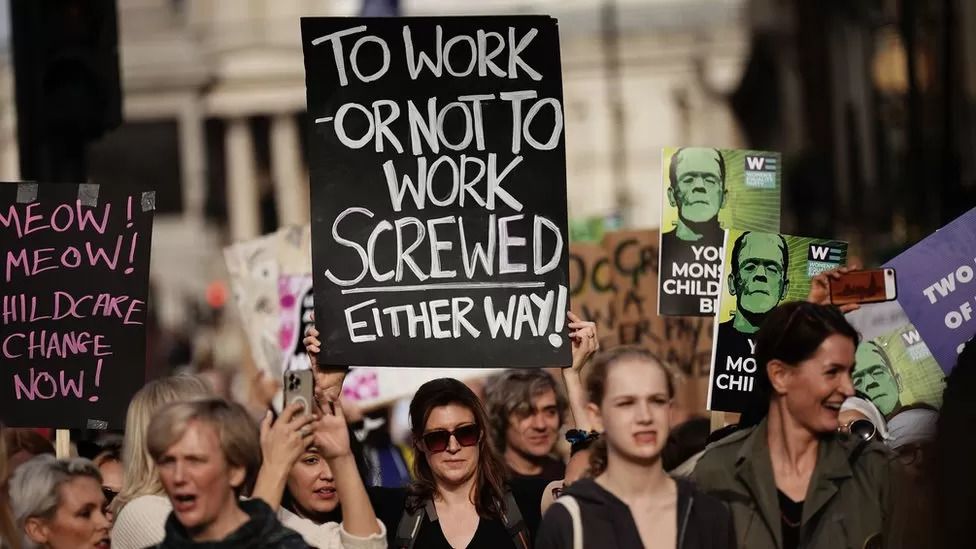 Families including young children donned bandages, vampire costumes and witches' hats as they took part in the events.

Thousands of people took part in marches across the UK, which included Manchester and Birmingham.

The charity Pregnant Then Screwed also staged a protest in Cardiff. 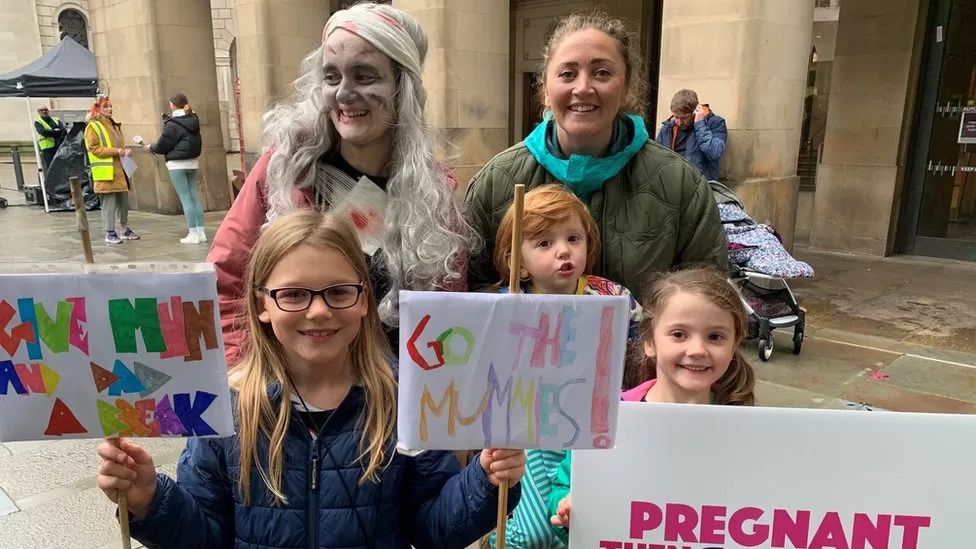 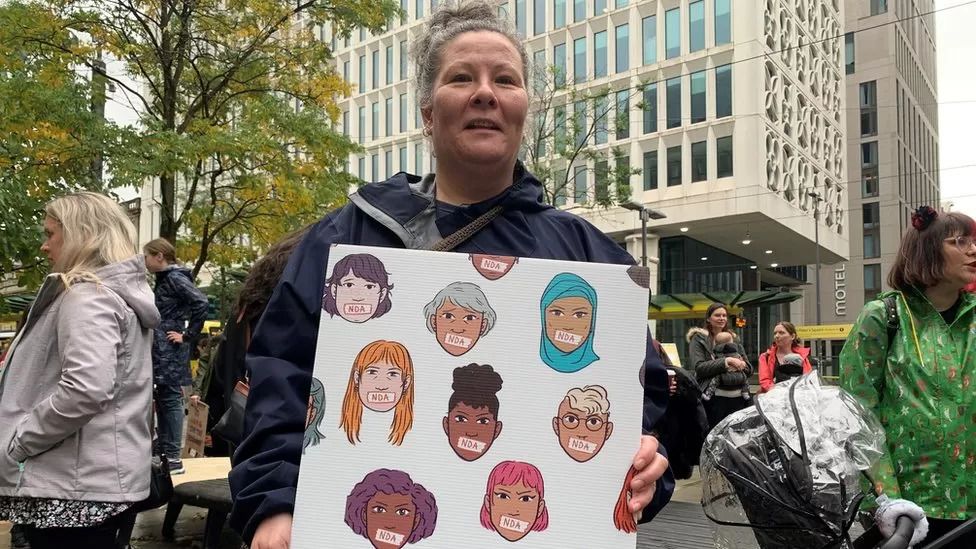 Speaking in Bristol, Mandu Reid, leader of the British Women's Equality Party, accused the government of leaving mothers to work on "pittance wages" while raising children.

She said that "underpaid, undervalued, largely women workers" were paying the cost for the "failures" of the political system.

"We can win this (and) we won't stop until our political system fixes the problems it's created," she said. 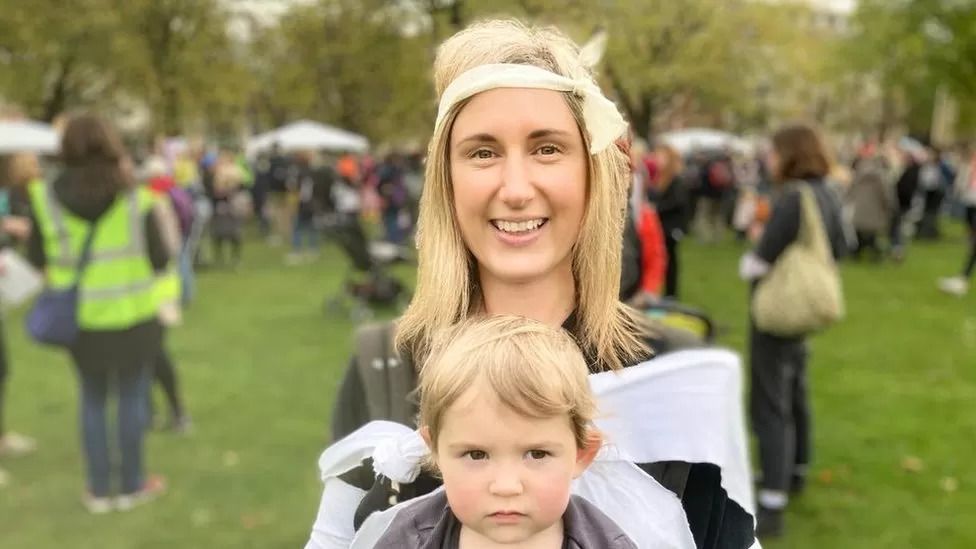 Many women brought their children to the protests 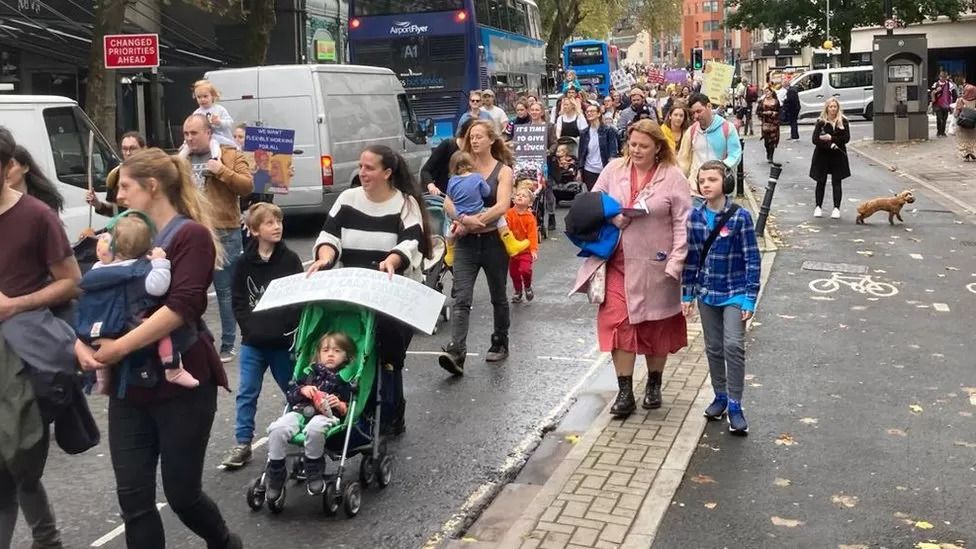 In Manchester's St Peter's Square, Joeli Brearley, founder and chief executive of Pregnant Then Screwed, said "mothers are being pushed out of the workforce every year for simply daring to procreate".

Also speaking at the demonstration, Bekkie Nickerson, who works on a freelance basis in the theatre industry, said that she had to turn down her "perfect job" this week because "all the wage would go on childcare and I want to have some flexible working".

Luke Barley said that the current system is "set up so dads have to go back to work".

"And mums end up doing more of the childcare," he added.

"So we don't have the options and choices available to us and the kids don't get the great experience that they deserve either."

A spokesman for the Department for Education said the UK "has one of the most generous maternity leave entitlements in the world" and has spent more than £20 billion over the past five years supporting working parents.

"We want employees to be able to request when, where, and how they work, and that's why the Government has recently consulted on making the right to request flexible working a day-one right for all employees," he added.