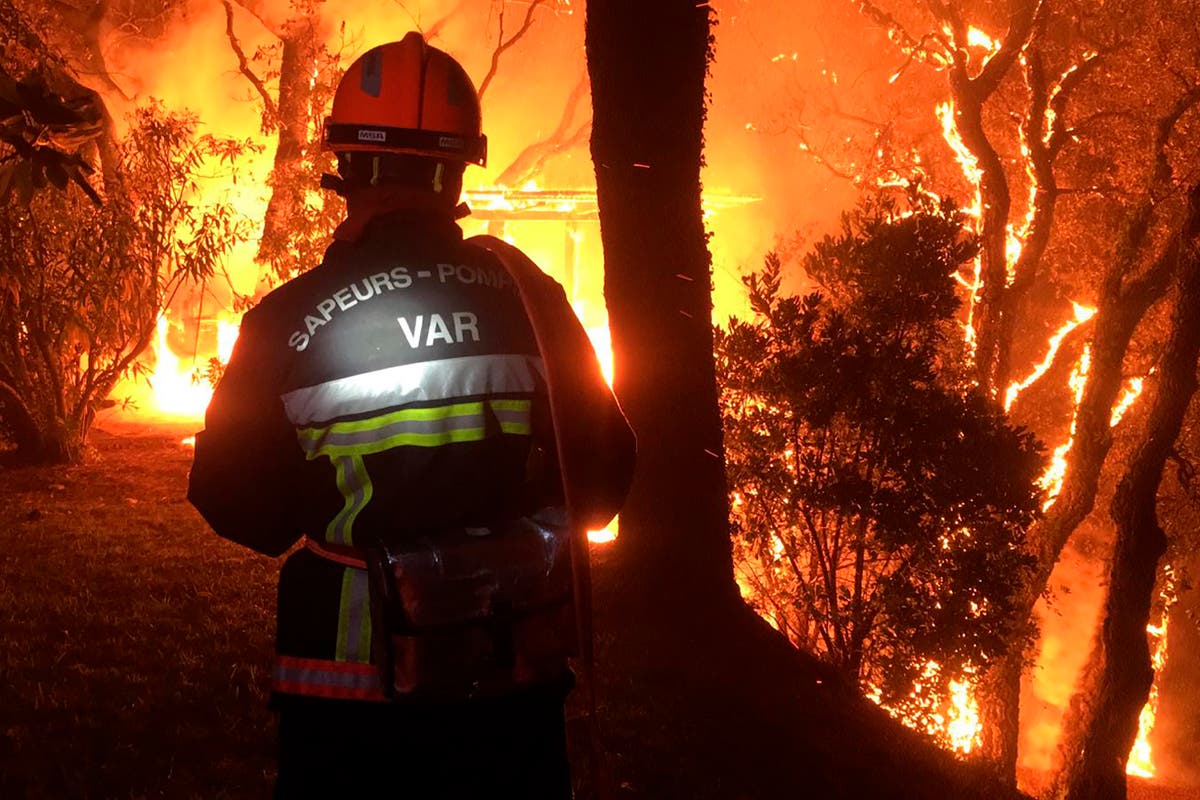 Thousands fled homes, campsites and hotels near the French Riviera on Tuesday as 900 firefighters battled a wildfire racing through nearby forests.

Many were given only minutes to leave the Var region to the west of Saint-Tropez.

Smoke poured down wooded slopes toward vineyards in the picturesque area.

It was just the latest blaze in a summer of wildfires which have swept across the Mediterranean region — leaving areas in Greece, Turkey, Italy, Algeria and Spain in smoldering ruins.

The flames started on Monday evening at the height of France’s summer vacation season and spread across 5,000 hectares (12,000 acres) of forest. 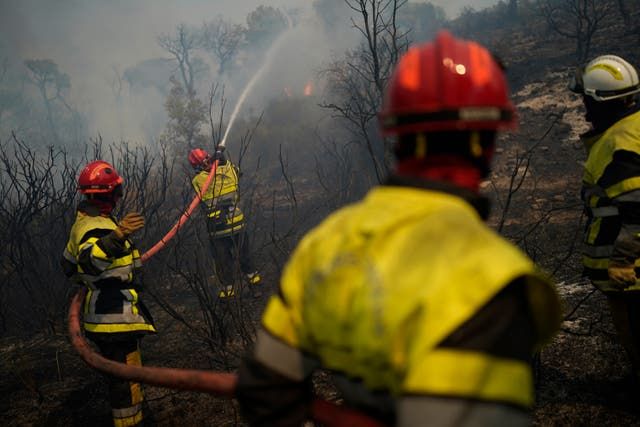 Around 6,000 people were evacuated from homes and a dozen campsites used by tourists.

It comes as BBC News presenter Geeta Guru-Murthy told how she and her family were forced to drive through flames to flee her holiday villa before fleeing on foot.

The 53-year-old had been staying in vineyards in Cogolin, near Saint-Tropez.

Her husband and two volunteer firefighters tried to tackle the fires and eventually ditched their car which was burnt out.

Ms Guru-Murthy, sister of Channel 4 anchor Krishnan Guru-Murthy, said: “We tried to turn around and the car went into a ditch, so we had to run a mile in the only direction we could go to, with huge fires on both sides of the road.”

Water-dumping planes and emergency helicopters assisted firefighters on the ground.

Images shared online showed black plumes of smoke leaping across thickets of trees as the flames darted across dry brush. 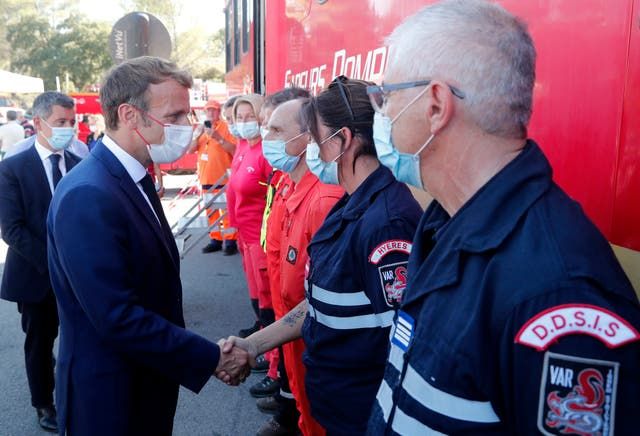 French President Emmanuel Macron, who has been vacationing in a nearby coastal fortress, greeted emergency crews.

Temperatures in the area have reached 40C (104F) in recent days.

Such extreme weather is expected happen more frequently due to global warming.