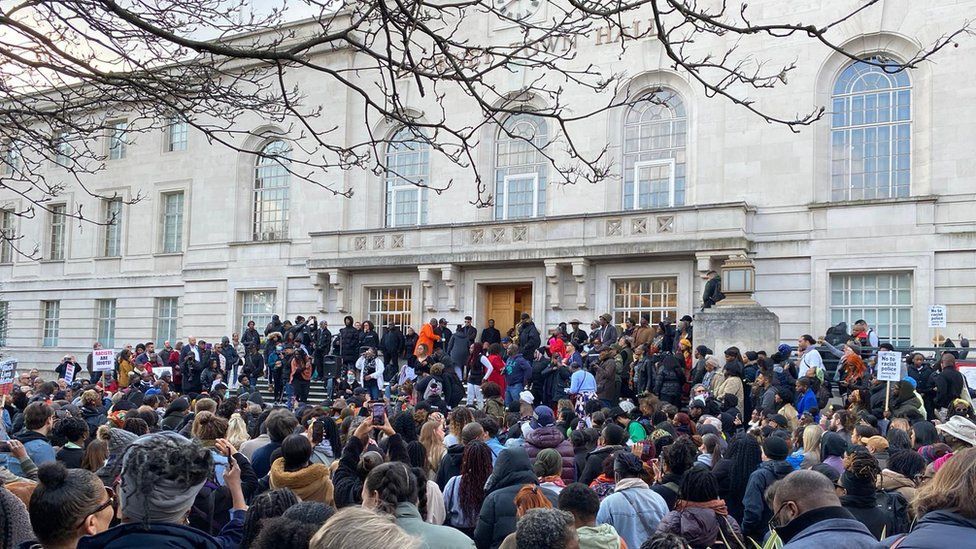 The police watchdog has confirmed it is investigating the strip-search of a third child by the Met Police, after two other controversial cases.

Two teenage girls, known as Child Q and Olivia, were strip-searched by officers while they were menstruating.

Acting Commissioner Sir Stephen House said last week there was a further case but he could not discuss the details.

The Independent Office for Police Conduct (IOPC) has since confirmed there is a third complaint.

"Due to the sensitivities surrounding this matter, we cannot provide any further information at this time," an IOPC spokesman said.

The latest case follows those of Child Q and another anonymous teenager given the pseudonym Olivia by the BBC.

Olivia's mother said her daughter, who is mixed race, was arrested in December 2020 after being accused of robbery, and while in custody was found to have a sharpened stick and a small blade, said to be for self-harming.

This prompted six officers to strip-search the autistic 15-year-old in front of male colleagues, leaving her traumatised. Her mother said she later tried to kill herself.

The Met Police has referred itself to the police watchdog over the incident.

This case follows that of Child Q, a 15-year-old black girl, who was strip-searched at her east London school after she was wrongly accused of possessing drugs, also in December 2020.

The girl was taken out of an exam to the Hackney school's medical room and strip-searched by two female Met police officers who were looking for cannabis, while teachers remained outside.

The search took place without an appropriate adult present and in the knowledge that she was menstruating, a safeguarding report published in March found.

The report, conducted by City & Hackney Safeguarding Children Partnership (CHSCP), concluded the strip-search should never have happened, was unjustified and racism "was likely to have been an influencing factor".

Scotland Yard admitted the actions of the two officers were "regrettable" and it "should never have happened".

Child Q is suing the Met Police and the school over the incident.

Lawyers acting on behalf of Child Q have asked for the school not to be named in the media.