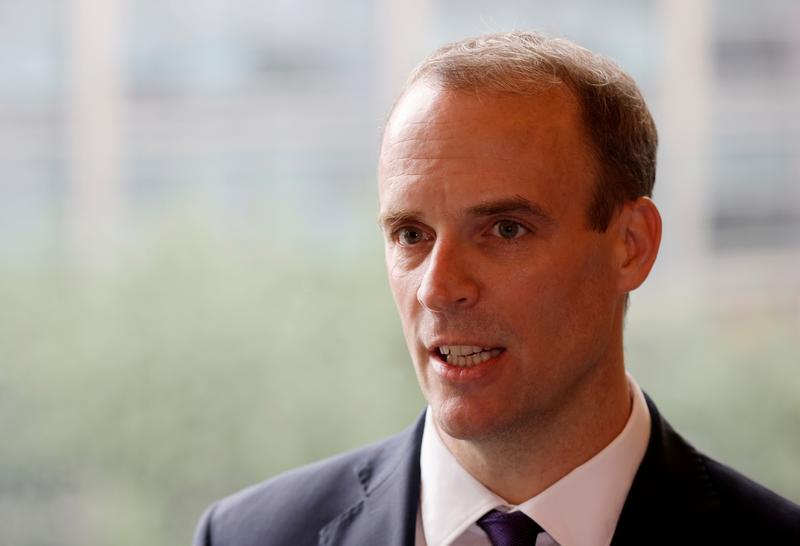 There is a Brexit trade deal to be done, says UK's Raab

Britain’s Foreign Secretary Dominic Raab said on Friday there was a Brexit trade deal “to be done” after the European Union put the onus on Britain to compromise.
Asked if Prime Minister Boris Johnson would walk away from talks, Raab said: “Let’s what see what the prime minister will say later, we’ll look at this very carefully and he’ll set out some further detail later today.”

“We’ve always said there’s a deal to be done,” he told BBC radio on Friday.

“The issues are very narrow now in terms of there’s only really two issues at stake, so a deal should be able to be done but it must require goodwill on both sides.”
#Boris Johnson
Add Comment