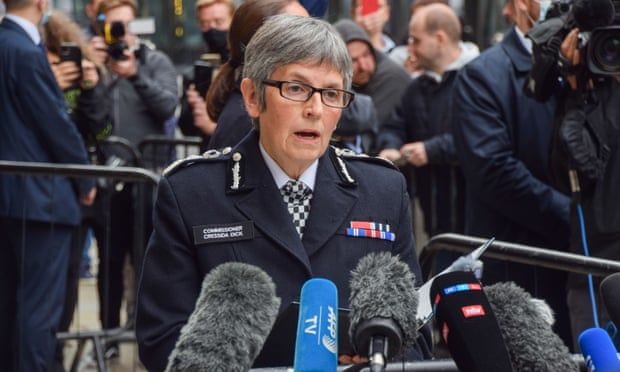 Adding domestic and sexual violence to the new policing bill would send a clear message, says Nicole Jacobs, the domestic abuse commissioner for England and Wales
Being a police officer comes with a badge of trust. That trust was ruthlessly abused and betrayed by Wayne Couzens, leaving us all reeling with horror, rage and sadness. Despite some protestations, this is not about one bad apple, but instead about institutional misogyny within our police forces and a wider failure to tackle violence and domestic abuse against women and girls.

As the domestic abuse commissioner, I hear from survivors every day who feel let down by the police and criminal justice system. Even before recent events there was a persistent lack of confidence among women who have experienced domestic abuse and sexual assault to come forward, to report, and to support prosecutions to bring offenders to justice.

Hundreds of reports of domestic abuse are made against serving police officers every year but the number who face criminal action or misconduct hearings is far, far too small. In total, the Bureau of Investigative Journalism uncovered nearly 700 reports of domestic abuse by police officers across the UK in the three years to 2018 – averaging more than four a week. Fewer than one in 10 reports resulted in a dismissal or warning. Only 3.9% in England and Wales resulted in a conviction – that’s compared to 6.2% among the general public, which is itself deeply problematic. Figures from the Femicide Census show that at least 15 serving or former police officers have killed women in the UK since 2009.

Senior officers say this type of conduct has absolutely no place within policing. It is abundantly clear that we need to see a zero-tolerance approach to domestic abuse within police ranks, and that no perpetrator should be a serving police officer. Clearly, there are far more good officers than bad but it’s plain that many abusers aren’t being dealt with properly, and we have heard reports of officers closing ranks and ignoring victims’ needs.

That problem can only be overcome by having a system in place that protects victim confidentiality and where investigations are handled externally. Unless there is a very good reason, when an allegation is made against an officer, it should immediately be sent to a neighbouring force to investigate – independent enough to do a proper investigation and near enough to facilitate local support services for the complainant.

More broadly there is no doubt the police must rebuild trust with women and girls who don’t feel safe on the streets or in their homes. But how can the police do this? Asking people to challenge lone plain-clothed police officers is not the answer. The onus should never be on the public to keep themselves safe from those in positions of power. Instead, what we need is action. The police need to take responsibility for building trust with the public and demonstrate clearly that these crimes are a top priority.

The police have ample recommendations to work from. A recent report by Her Majesty’s Inspectorate of Constabulary and Fire and Rescue Services couldn’t have been clearer about the epidemic of violence against women and girls. It called for it to be treated as seriously as terrorism. The report, written by Zoe Billingham, outlined the need for urgent improvements in policing, but also for far-reaching fundamental and radical change.

The police, crime, sentencing and courts bill going through the Lords, provides the perfect opportunity to do this. It contains a proposed new serious violence prevention duty, which requires a range of public bodies such as the police, health authorities and probation services to work together to prevent and tackle serious violence.

This could provide a concrete chance to implement an early intervention, public health focused approach to tackling serious violent crime, rather than relying on traditional criminal justice solutions, which only come into play after an offence has been committed. But, as the bill currently stands, the definition of serious violence in the prevention duty does not explicitly include domestic abuse, domestic homicide or sexual violence.

Instead local areas are left to decide whether to include these crimes in their new serious violence prevention strategies, resulting in a postcode lottery for women and girls. If the government does accept Gabby Bertin’s amendment to explicitly include domestic abuse, domestic homicide and sexual violence, it will be sending out a clear message to the public and the police that violence against women and girls is not acceptable and won’t be tolerated.

Trust in the police has been badly damaged. Now we need to see swift action. The safety of women and girls depends on it.
Add Comment 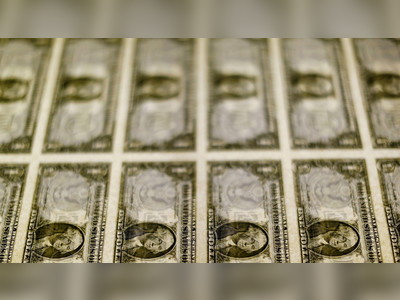