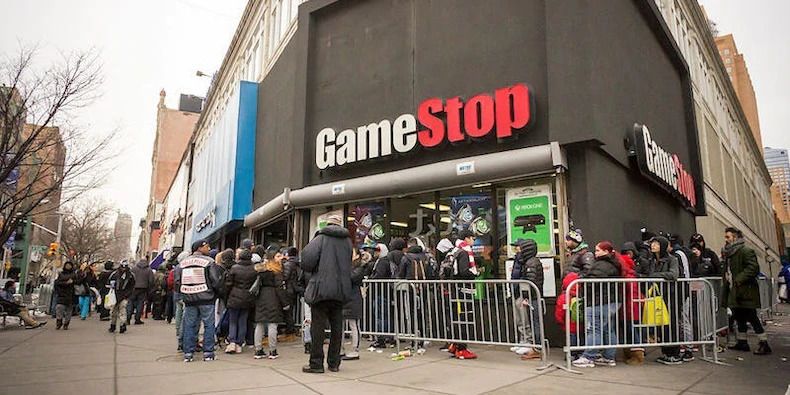 Authorities are probing whether the army of Reddit traders manipulated the market by spreading false information to lift highly shorted stocks.
Federal authorities are probing the retail-trading phenomenon that boosted shares of GameStop, AMC, and other highly shorted stocks throughout January, the Wall Street Journal reported Thursday, citing sources familiar with the matter.

Prosecutors and regulators are investigating whether the frenzy of day trading was a form of market manipulation or other illicit activity. The Justice Department's fraud arm and the San Francisco US attorney's office are seeking information from brokerages and social-media platforms that fueled the trading activity, the Journal reported.

Robinhood Markets, the discount brokerage popular among the investors involved in the rallies, has been subpoenaed for its role in the event along with other brokers, according to the report.

Shares of GameStop and other recently unloved companies skyrocketed last month as members of the Wall Street Bets subreddit furiously piled into the stocks. Posts urging more traders to buy shares reached the top of Reddit's "popular" page, exposing even more novice investors to the trend as shares surged higher.

Reddit users also cheered the trade as a way to drive massive losses at short-selling hedge funds. Language on Wall Street Bets took on a populist tone that pitted the everyday trader against the Wall Street establishment.

Separately, the Commodity Futures Trading Commission is investigating how the horde of casual investors aimed to bid up silver by trading futures and a silver-tracking exchange-traded fund, according to the report. Wall Street Bets traders pivoted to silver shortly after GameStop shares fell back to earth. More recently, the crowd has targeted cannabis stocks for their next bullish bets.

Proving the GameStop phenomenon was a case of market manipulation requires authorities to wade into a murky regulatory environment. Officials would need to prove that investors used online forums to disseminate incorrect information and lift shares to an artificially inflated price. This kind of manipulation is commonly known as a pump-and-dump scheme.

Decoding such a scheme is made harder by the anonymous nature of Reddit accounts. Posts calling on more traders to buy shares were also largely comical and enthusiastic in nature and lacked claims about companies' underlying businesses. While some Wall Street Bets members stood out for their outsize gains or popular memes, most blended into the army of faceless day traders.

Lawmakers have also shown interest in dissecting the event and how it exploded into the mainstream. The House Financial Services Committee is slated to hold a hearing on February 18 on the matter. Rep. Maxine Waters of California said last week she wanted representatives from GameStop and Robinhood to testify along with Keith Gill, a Reddit user who allegedly made millions off the GameStop rally.