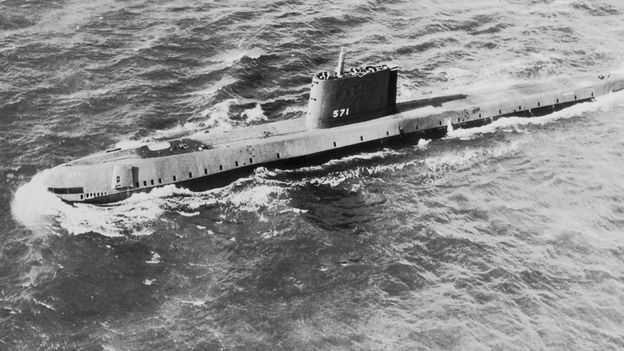 The record-breaking dive under the Arctic ice

In 1958, a US submarine became the first vessel to reach the North Pole – by travelling under the ice. Its mission unlocked a whole new world for scientists to explore.

It was the final sentence of a celebratory record of the first crossing of the North Pole by any ship under its own power, a top-secret mission codenamed 'Operation Sunshine'.

The transit took place with the 97-metre-long (319ft) submarine and its 116 crew (it's not clear in the logbook if that includes Santa) entirely submerged under the ice, a feat impossible before the invention of compact nuclear-powered propulsion.

As Anderson announced to his crew: "For the world, our country, and the navy – the North Pole."

Before Nautilus, submarines had to surface, or at least extend a snorkel above the waves, to take in air needed to run their diesel engines and charge their batteries for electric propulsion. But running off a nuclear reactor meant that Nautilus needed to do none of these things. In fact, Nautilus had already been deep underwater for three days before it reached the Pole and did not come back to the surface, near the coast of Greenland, until 7 August 1958 – spending a week beneath the waves and ice.

US President Dwight D Eisenhower sent his congratulations on "a magnificent achievement", certain in the knowledge that the voyage would revolutionise submarine operations and any future warfare. 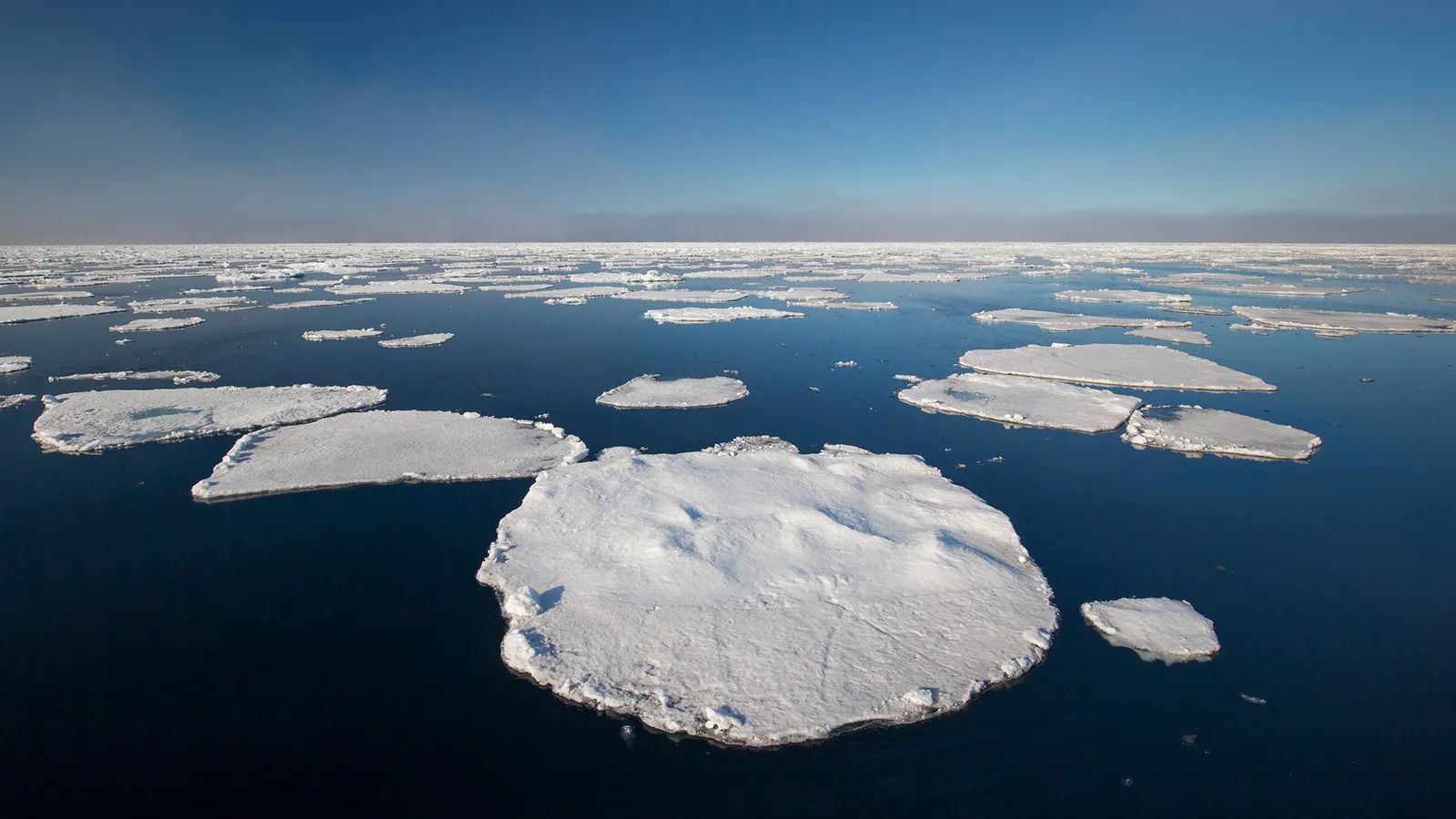 "It was an eloquent demonstration of a revolution in maritime warfare," says Captain Justin Hughes, a retired nuclear submarine commander for the British Royal Navy and now honorary secretary of the Friends of the Royal Navy Submarine Museum. "It provided proof that a nuclear-powered submarine could operate submerged, and therefore entirely stealthily, for sustained deployments."

Today, nuclear-powered submarines can remain deep beneath the waves for months at a time, stealthy weapons of destruction and deterrence, carrying torpedoes and nuclear missiles. Since 1969, for instance, the UK has always had at least one submarine carrying nuclear weapons at sea – a role currently performed by its Vanguard-class boats.

And while the mission was a proving ground for the military potential of nuclear submarines, it was also a scientific milestone, helping to set the stage for a new era of exploration and discovery about the strange world beneath the Arctic ice.

But, even now, operating in the ocean beneath the Arctic ice is never routine.

"The challenges of submarine operations in this environment should not be underestimated," says Hughes. As well as grinding pack ice interfering with sonar instruments, crews have to contend with problems caused by condensation. And then there's the total and near-silent isolation.

"More fundamentally, in the event of any onboard emergency such as flood, fire or loss of propulsion, there are many metres of thick Arctic pack ice between the submarine and fresh air," Hughes explains. "All of this concentrates the mind, and operations under ice are conducted at a high level of readiness to respond to emergencies and afford little relaxation to submarine crews."

But while sailors might not always relish working beneath several metres of ice, others have looked on enviously. For oceanographers, submarines provide the perfect platform for Arctic science. 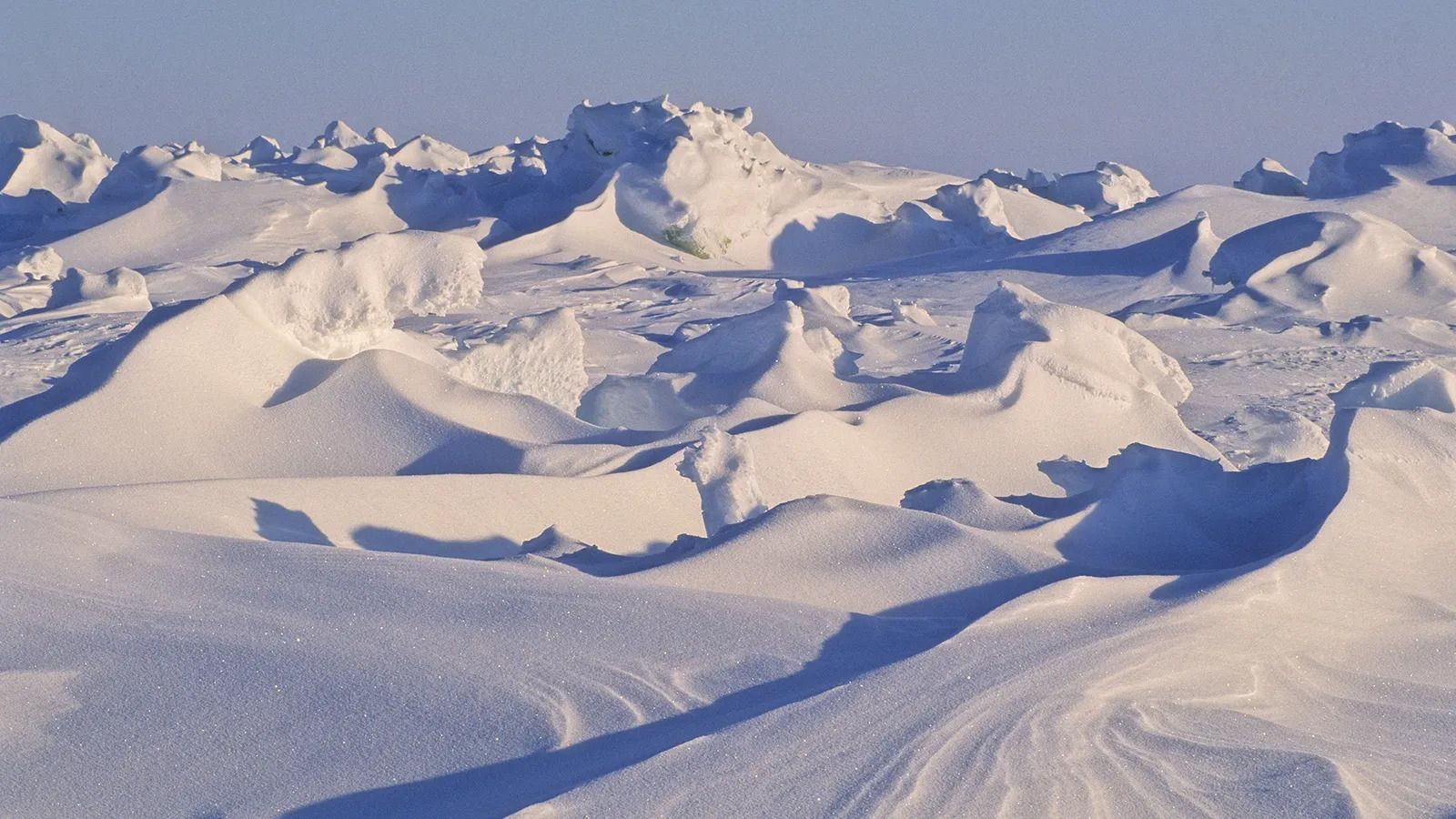 "I'd always been fascinated with submarines," says Jamie Morison, now a senior principal oceanographer at the Polar Science Center in Seattle. In the 1980s, Morison worked on a project to deploy buoys from US Navy submarines to collect ocean data. He would visit shipyards to help fit scientific equipment. "I always thought that I'd love to go on one of those things."

Finally in 1993, along with six colleagues, he was given the opportunity. "It was," he says, "a dream come true."

Morison's expedition beneath the Arctic ice was on USS Pargo, an 89-metre-long (294ft) nuclear-powered attack submarine. It was arranged through an initiative, conceived by a former navy captain, called the Submarine Arctic Science Program (Scicex).

The current chair of the Scicex advisory committee, Jackie Richter-Menge from the University of Alaska, says investigations of Arctic ice coverage and thickness, ocean currents and the landscape of the ocean floor are of mutual benefit to scientists and submariners.

"Scientists learn about the Arctic Ocean and the navy learns more about the environment they're operating in," she says. "Submarines allow us unique access to a harsh environment and that includes understanding things currently, and also being able to understand what the environment is going to look like in the future."

But the obvious challenge when bringing together scientists and the military is that submarines operate on super-secret missions and scientists like to publish their data openly for everyone in the world to see. When the data has the potential to reveal operational or navigational details, you can see why there might be some resistance to sharing. 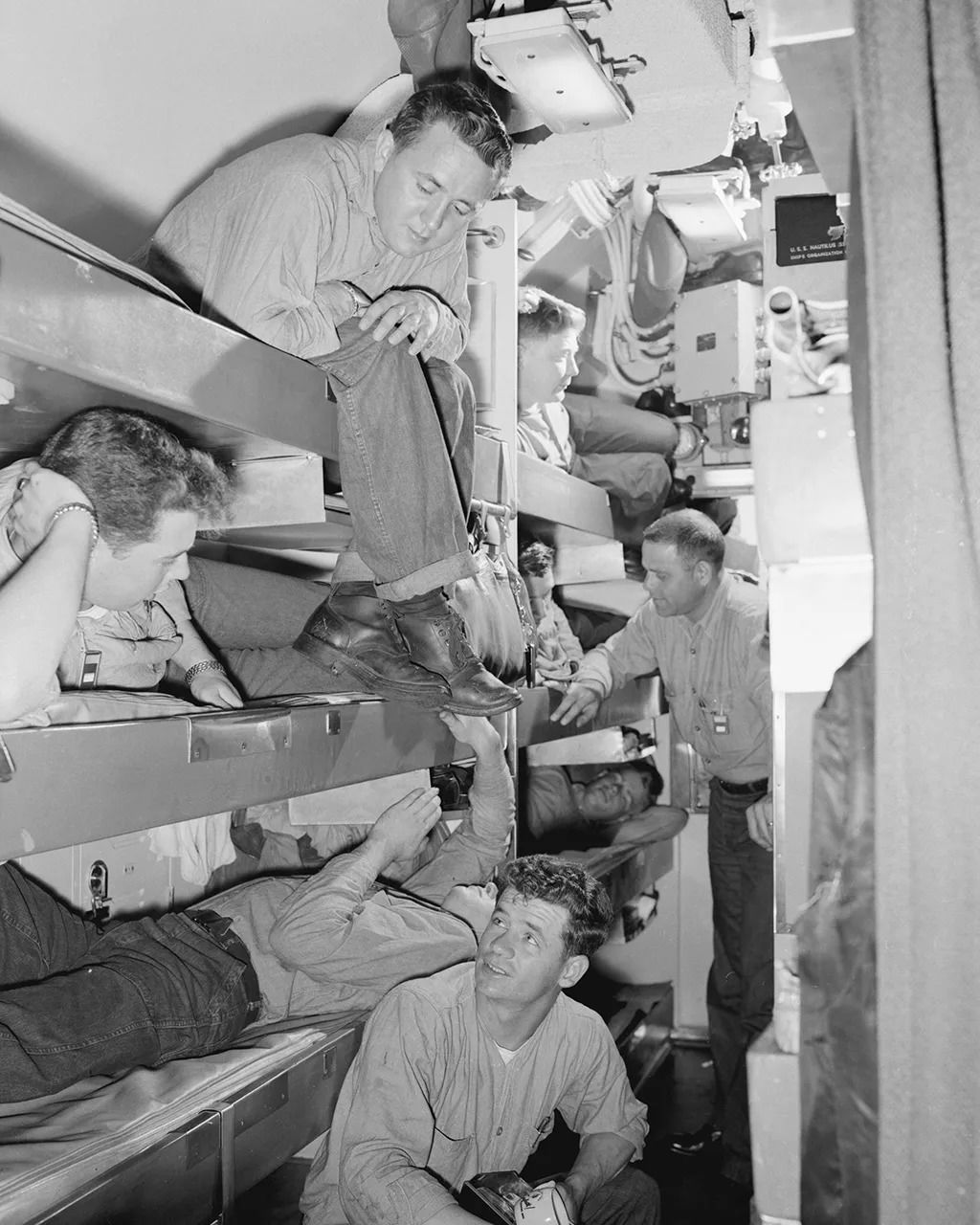 "There is a time lag between collecting and releasing any data," says Richter-Menge. "And the position data are what they call 'dithered' a little bit, so it's a balance between being valuable to the scientific community without revealing position information."

So, when they sealed the hatches and dived beneath the waves, was Morison's underwater science mission everything he hoped it would be?

"I just found the whole thing exciting," he says. "The only space there's anywhere to do any science is in the torpedo room and so they removed a torpedo and I set up the science instruments on a bench there."

"Meanwhile, there are 20 torpedoes, each with 3,000lbs (909kg) of high explosive next to me," he adds. "It's like being in the cylinder of a revolver. This whole machine is a weapon – it's got a nuclear reactor in the room next door, it's under a few hundred feet of water and it's just thrilling!"

It goes without saying that anyone signing-on to a voyage in a submarine needs to be good with confined spaces. "They seem to self-select in the submarine service for basically courteous people, you've never heard 'excuse me' as many times as you do on a submarine because you're always squeezing by some guy," says Morison. "At the same time, these guys are all warriors."

But not everyone coped so well. "I noticed one of my colleagues sleeping in the torpedo room, he just put on his parka and curled up against the hull of the ship to go to sleep," Morison says. "I asked him what was going on and he said that 'one night I crawled into my bunk and I looked at it and I said, you know, this thing is just like a coffin' and from that point on he couldn't sleep in his bunk." 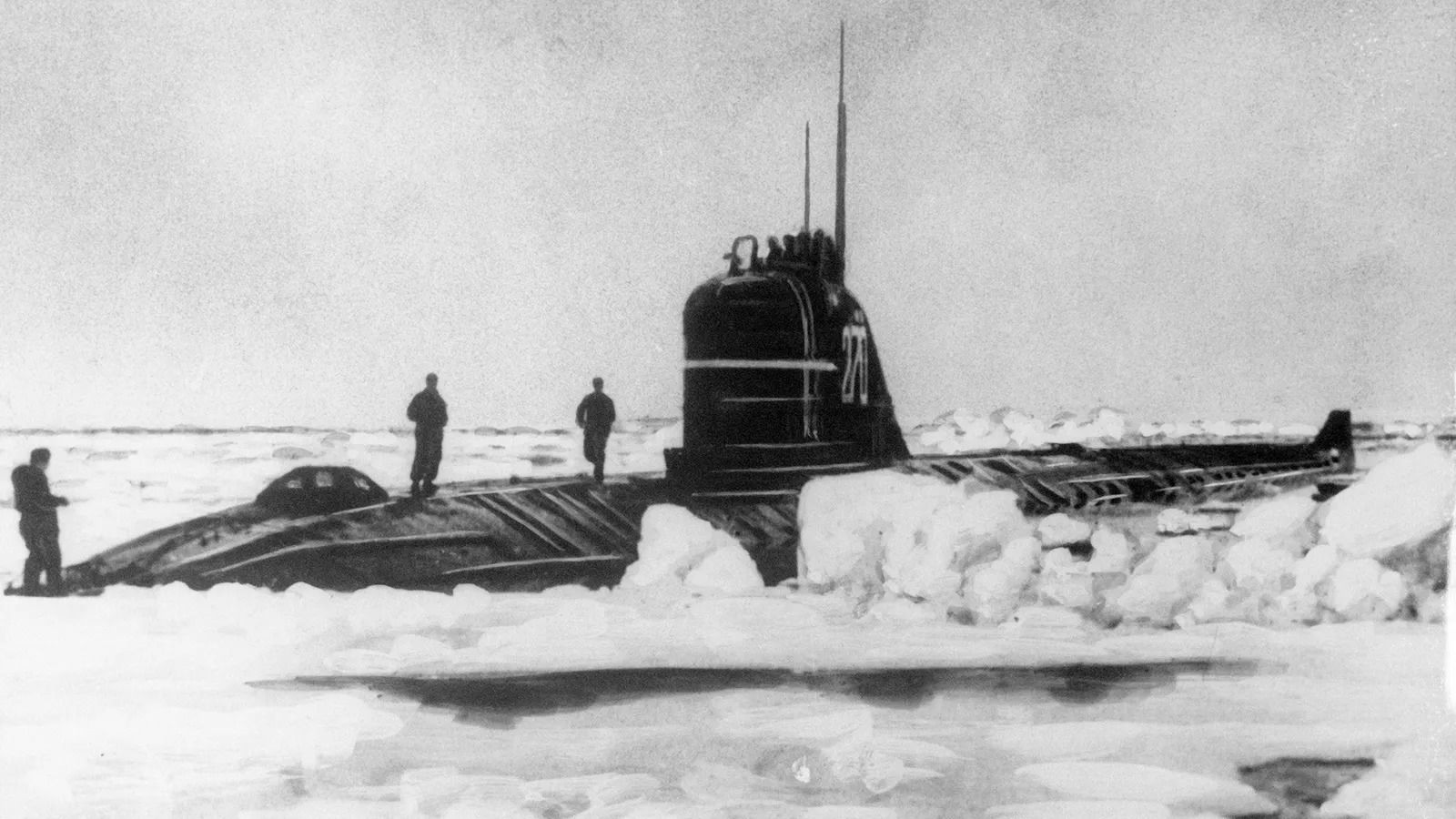 Throughout the voyage, the scientists measured the temperature, salinity, and depth of the water. Sonar gave them the thickness and topography of the ice and ocean floor and they deployed instruments to track ocean currents. It was the first time anyone had studied the area in this level of detail, and they were in for a surprise.

"We found a segment in the central Arctic Ocean which showed an increased salinity and temperature in the upper 200m (660ft)," Morison says. "It's changed my professional life ever since because we've been trying to work out why that is."

This region is where waters from the Atlantic and Pacific oceans converge and circulate. Understanding how any changes affect the extent and thickness of sea ice has important implications for predictions of climate change. In fact, Morison is heading a conference to discuss the latest findings in June.

After breaking every submarine speed and endurance record, USS Nautilus made its final voyage in 1979

Although the US Scicex programme is still operating, and scientific data still being gathered and shared, scientists no longer get to join submarine crews. Morison considers himself lucky particularly because – just like Santa on the USS Nautilus, apparently – he also got to get out at the North Pole.

"The class of submarine was fitted with fins on the conning tower that could flip 90 degrees to pierce the ice like a knife when it surfaced between ice floes," Morison explains. "Then the crew get 'ice liberty' and can get out onto the ice."

After breaking every submarine speed and endurance record, USS Nautilus made its final voyage in 1979 and is now open in Connecticut as part of a maritime museum. Any further role in conveying Santa remains top secret.

During his research, Morison has now visited the North Pole some 15 times – although all have been by air apart from that one, thrilling expedition beneath the ice.