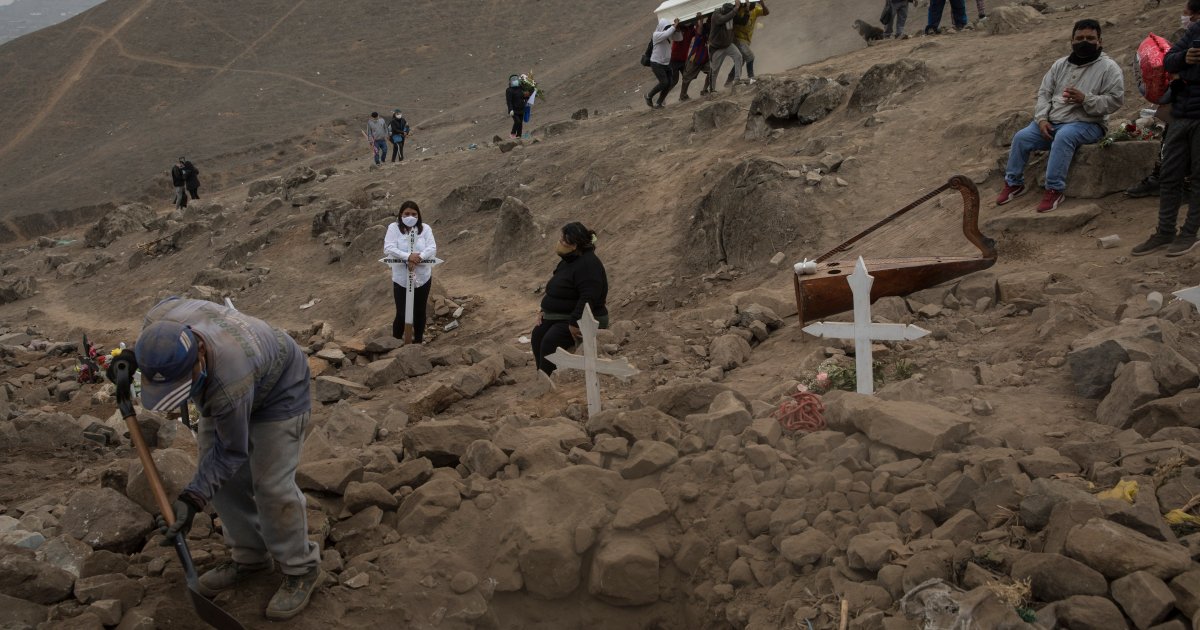 The pandemic is birthing billionaires and killing the poor

The past two years have unleashed unprecedented economic violence.

As we enter year three of this cruel pandemic, amid its turmoil, we are still tempted to reimagine our world.

When the pandemic first struck, rich and poor united in fear. Mighty politicians decried nationalistic selfishness, chided “greedy as hell” corporate conduct, and promised a vaccine would be a public good.

It felt like there was solidarity. But only at first.

As we grieve all those killed by virus – over 5.5 million deaths have been officially reported, but the pandemic’s true death toll is estimated at over 19 million lives lost – we see that greed has been busy at work.

We enter 2022 witnessing the biggest increase in billionaire wealth since records began. A billionaire was created every 26 hours during this pandemic. The wealth of the world’s 10 richest men alone has doubled, rising at a rate of $15,000 per second. But COVID-19 has left 99 percent of humanity worse off.

Our malaise is inequality. Inequality of income is now a stronger indicator of whether you will die from COVID-19 than age. In 2021, millions of people died in poorer countries with scant access to vaccines as pharmaceutical monopolies, protected by rich countries, throttled their supply. We minted new vaccine billionaires on the backs of denying billions of people access to vaccines.

Because inequality harms us all, we are all put at risk from the variants that inevitably emerge from man-made vaccine apartheid. In the same way, we all lose in our democracy from elite power and from a climate crisis driven by the over-consumption of the top 1 percent, who are responsible for double the emissions of the bottom 50 percent.

This is not rich versus poor anymore: It is the super-rich versus us all.

New Oxfam estimates show that inequality contributes to the death of at least one person every four seconds. And that is a conservative figure. This economic violence exists not in spite of extreme wealth, but because of it.

It would be tempting to view this all as simply business-as-usual rich-doing-well once again. But these data, compiled and calculated in Oxfam’s new paper “Inequality Kills”, are off the charts. Billionaire wealth, for example, has risen more since the pandemic began than in the previous 14 years combined. The IMF, World Bank, Crédit Suisse, and World Economic Forum (WEF) all project a spike in inequality within countries.

The super-rich are having a great pandemic. So much of the trillions of dollars, pumped by central banks into financial markets to save economies, have ended up in the pockets of billionaires riding a stock market boom, while the surge in monopoly power, growing privatisation, the erosion of workers’ rights and wealth and corporate tax rate and labour market liberalisation have continued in full speed.

In parallel, billions of people face the impact of deepening inequality. In some countries, the poorest people have been nearly four times more likely to die from COVID-19 than the richest. Some 3.4 million Black Americans would be alive today if their life expectancy was the same as white Americans’, which is up from an already shocking 2.1 million pre-pandemic. Gender parity is set back by a generation, while women in many countries face a second pandemic of increased gender-based violence.

Vaccine apartheid fuels every inequality. And now the prospect of IMF-backed austerity in more than 80 countries threatens to make matters much worse.

We are making history for all the wrong reasons. Inequality is now as great as it was at the pinnacle of Western imperialism in the early 20th century. The Gilded Age of the late 19th century has been surpassed.

Hoping that change can come from the failed, narrow straitjacket of neoliberalism is the definition of insanity. The unprecedented nature of today’s crisis demands extraordinary, systemic action – and a shift in imagination of the politics of the possible.

Every government needs a 21st century plan to pursue far greater economic equality and combat gender and racial inequality. That is what social movements demand. That is the lesson of progressive governments after World War II and the wave of liberation from colonialism.

We can start by redirecting trillions of dollars to the real economy to save lives. It is achievable and necessary for governments to immediately begin to claw back huge gains made by the super-rich during the pandemic through one-off solidarity taxes, taking the example of countries like Argentina.

That is a start. To address wealth inequality on a more fundamental level, we need permanent progressive taxes on capital and wealth. History offers inspiration: US President Franklin D Roosevelt set a top marginal income tax rate of 94 percent in the wake of World War II (until 1981, that rate would average 81 percent).

Governments can invest revenues raised from progressive taxation in the proven, powerful means to create more equal, healthier and freer societies, such as universal healthcare – as Costa Rica has done – and universal social protection. Nobody should pay a health user fee again. We can invest in ending gender-based violence and creating a fossil-fuel free world. Imagine the lives saved, the opportunities created.

But redistribution alone is not enough. We must change the rules of the market, the private sector, and globalisation so they do not produce such huge inequality in the first place. This means shifting power: strengthening workers’ rights and protecting them; abolishing the sexist laws that legally prevent nearly 3 billion women from having the same choice of jobs as men; and addressing monopolies that menace democracies.

At this moment, the most urgent task is for rich governments to break the pharmaceutical monopolies held over COVID-19 vaccines, so we can get vaccines to the world and end this pandemic.

How we exit this global emergency is up to us. It could be more of the same: violent economies in which billionaire wealth booms, inequality is ever-deadlier and self-defeating greed reigns.

Or, if we demand it, there could be profound change: economies centred on equality in which nobody lives in poverty, nor with unimaginable billionaire wealth, in which inequality no longer kills… in which hope reigns.

Sid 1 year ago
And of those who died about 80 % where older than 80 with average 3 1/2 comobilities. Not my fault if you let your body go to crap because of a lifetime of abuse.
View all comments (1)Add comment