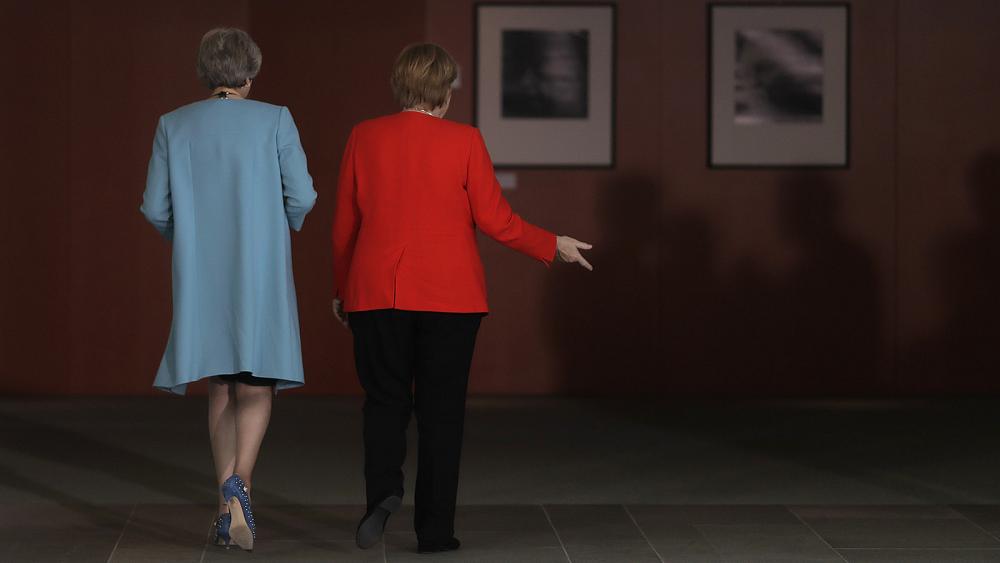 The most striking pictures of Merkel's 16 years in power

As the world remembers her 16 years in office, these are some of the most striking pictures of Merkel's time in power.

Angela Merkel’s rule in Germany might be over, but she definitely made her mark on world politics.

During her 16-year chancellorship, Merkel stood out as an indispensable crisis manager, managing to hold an increasingly fractious European Union together, while raising Germany’s profile and influence to unprecedented levels.

A scientist who grew up in former East Germany, Merkel rose to prominence in 1991 after chancellor Helmut Kohl appointed her as minister for women and youth. By 2005, she successfully took over the reins at CDU and became the country's first female chancellor.

Her tenure saw her having to handle major international crises, from the 2008 global recession to the ongoing COVID-19 pandemic.

Named “The World’s Most Powerful Woman” by Forbes magazine for the past 10 years in a row, Merkel was also lauded for being a powerful role model for women, with politics still almost exclusively dominated by male figures.

But it's not just her calmness under pressure and ability to defuse the tensest of situations, both at home and abroad, that made her a largely popular international figure.

Merkel’s “rhombus” hand gesture, or “Merkel-Raute,” became so popular it received its own Wikipedia entry, an emoji, and it was eventually immortalised at the Madame Tussauds museum.

Although the end of her tenure as chancellor also marks an end to Merkel’s 31-year-long career as a politician, many believe that this is not the last the world sees of her. 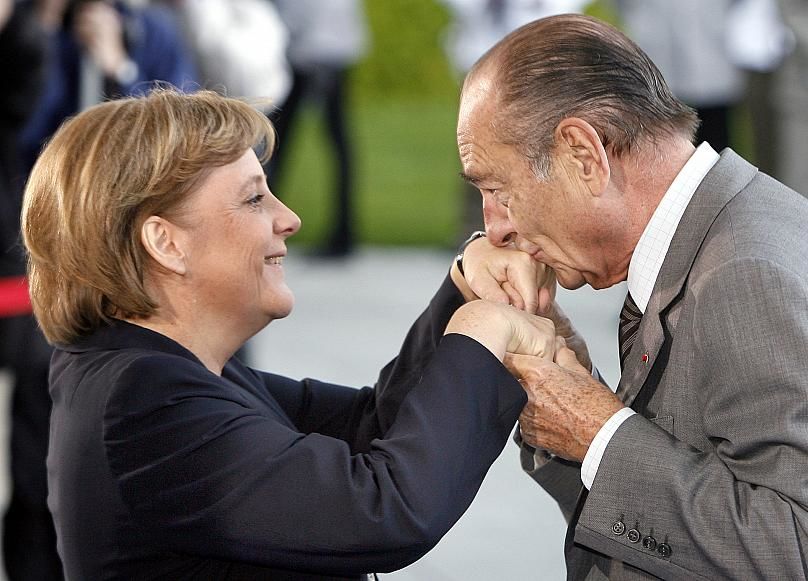 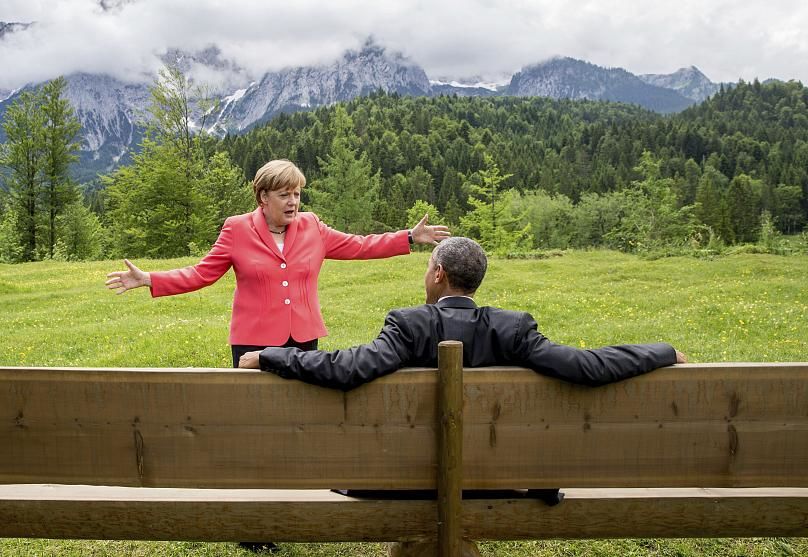 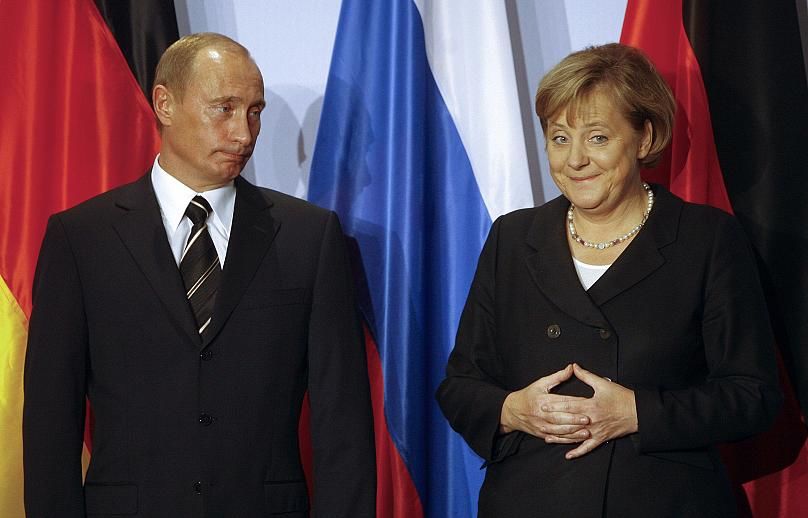 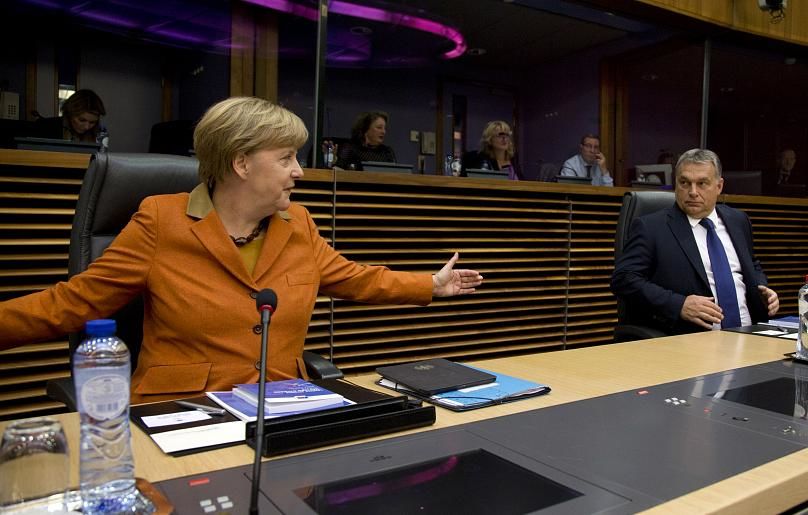 German Chancellor Angela Merkel gestures regarding the space between chairs as she speaks with Hungarian Prime Minister Viktor Orban in Brussels. 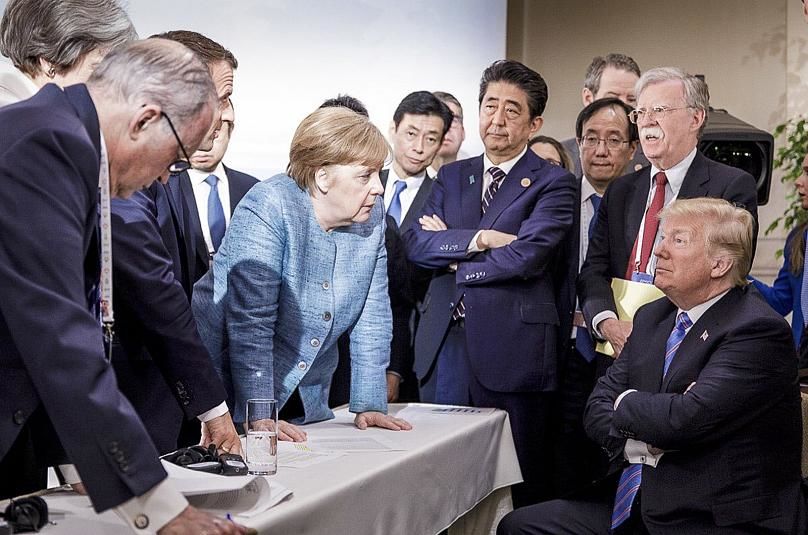 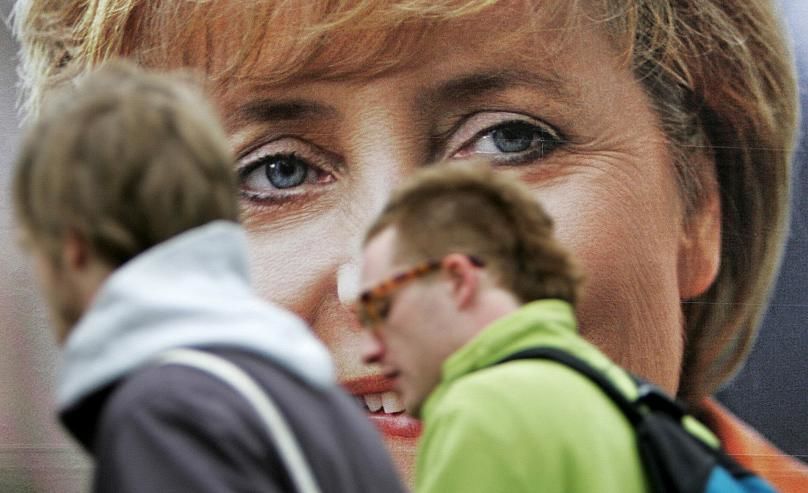 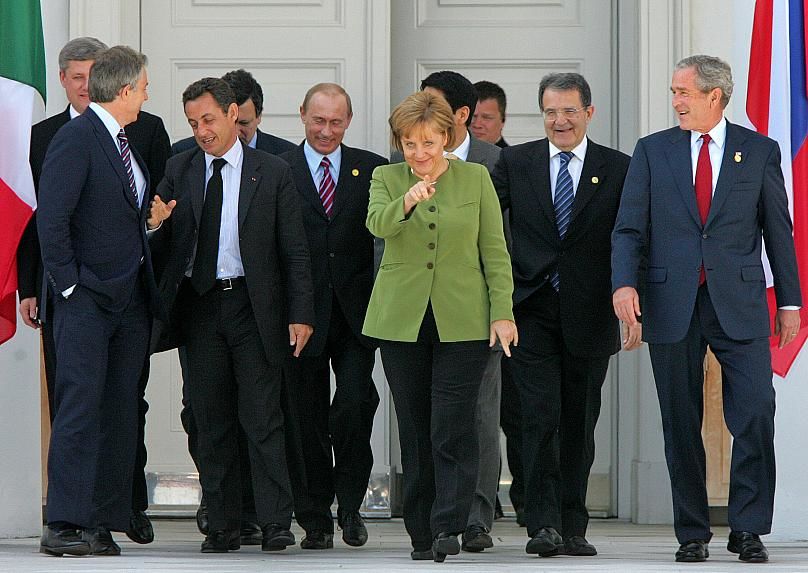 German Chancellor Angela Merkel, centre, is surrounded by other leaders as they walk to pose for a photo in Heiligendamm, Germany, June 7, 2007. 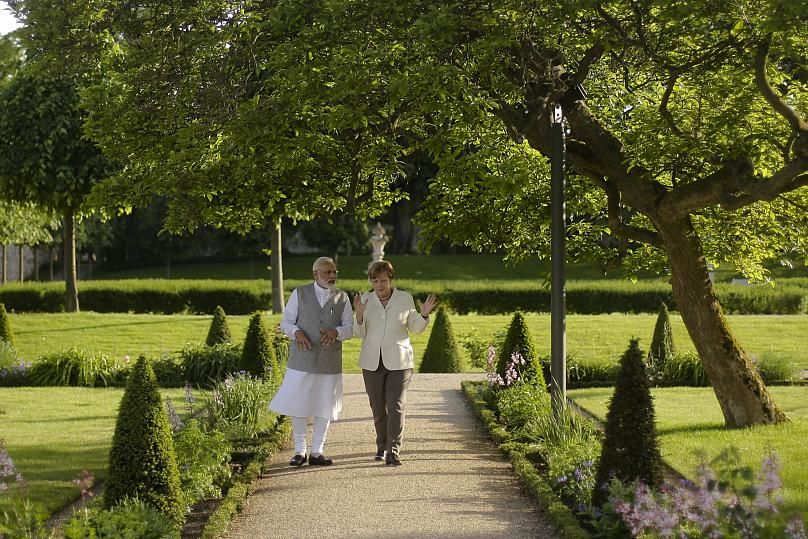 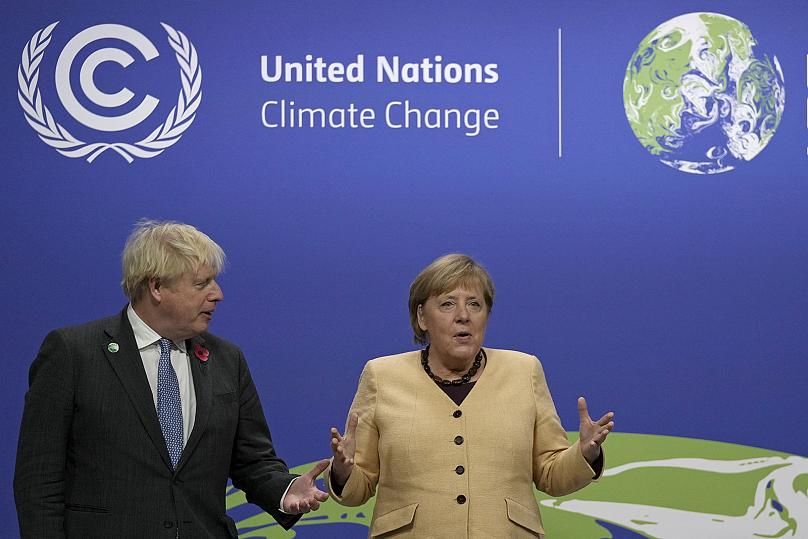 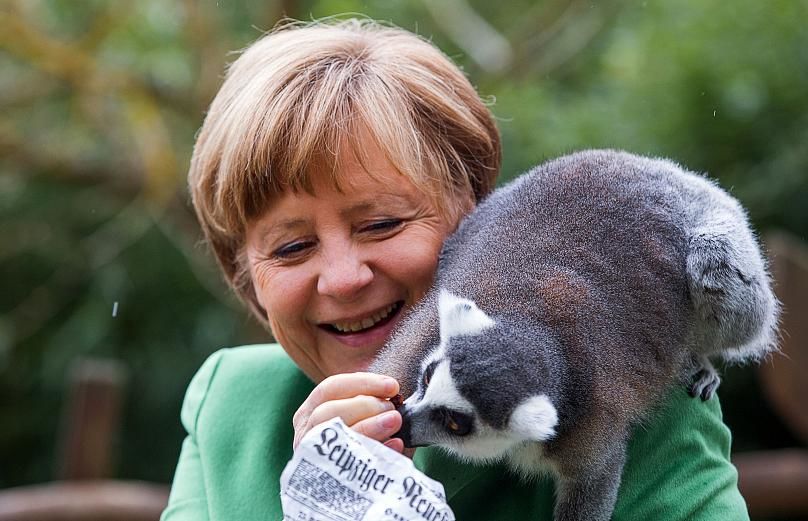 German Chancellor Angela Merkel feeds a lemur that sits on her shoulder during her visit at the bird park in Marlow, northeastern Germany, Thursday, April 30, 2015. 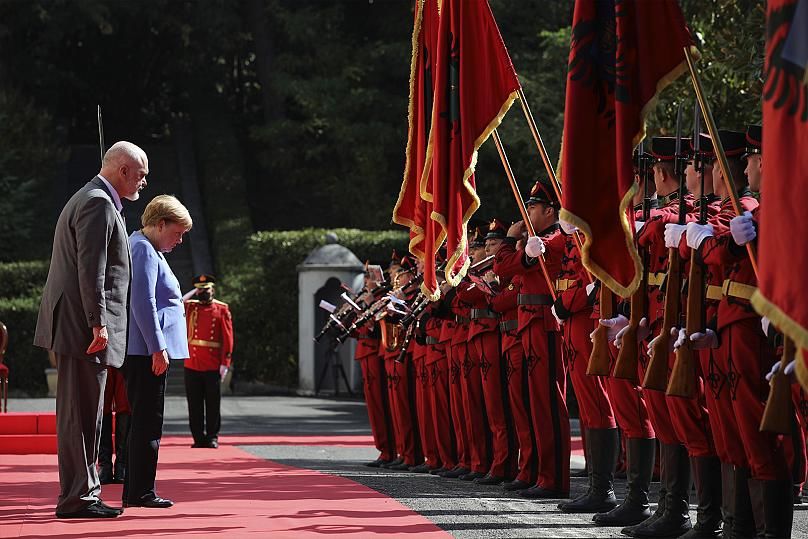 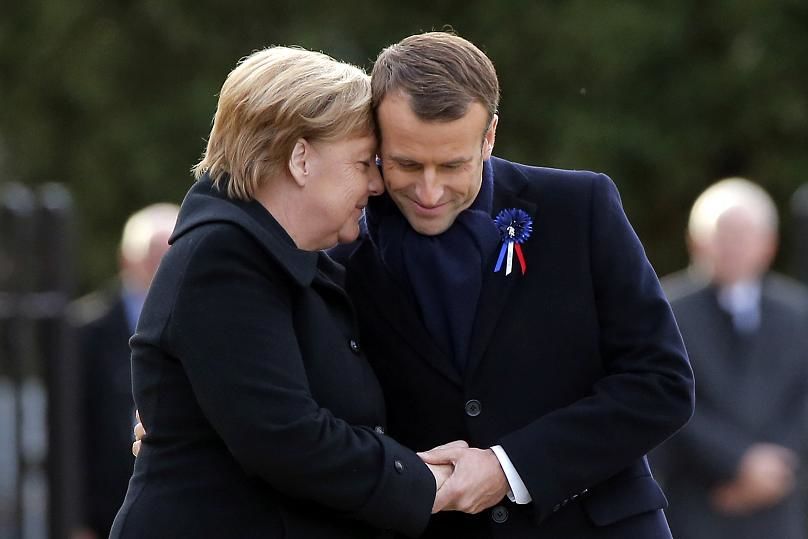 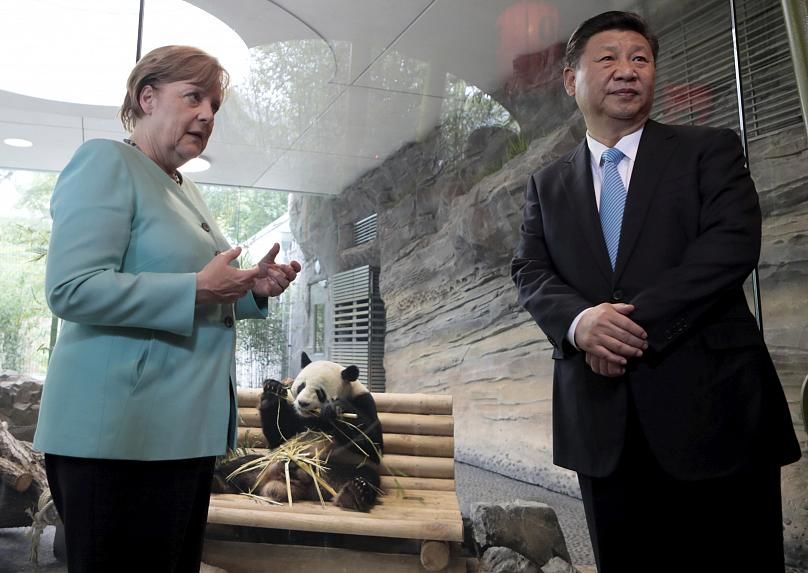 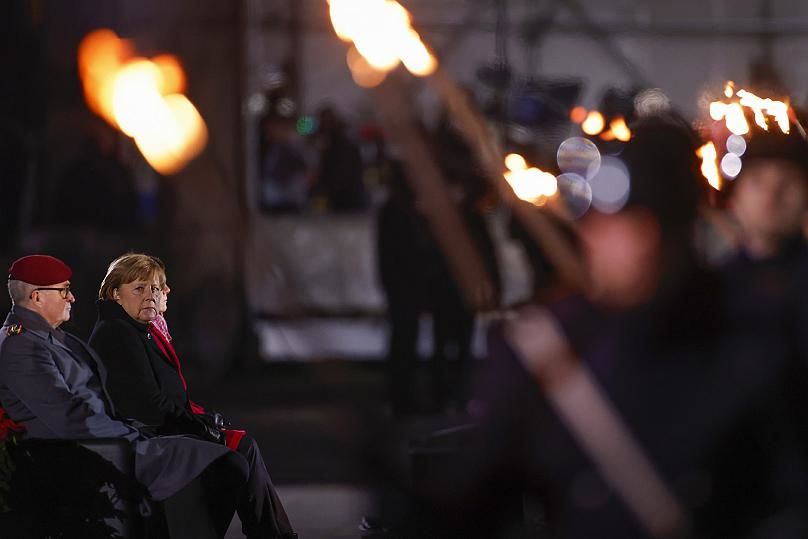 Chancellor Angela Merkel follows proceedings at the Defence Ministry during the Grand Tattoo (Grosser Zapfenstreich), a ceremonial send-off for her, in Berlin, December 2 2021 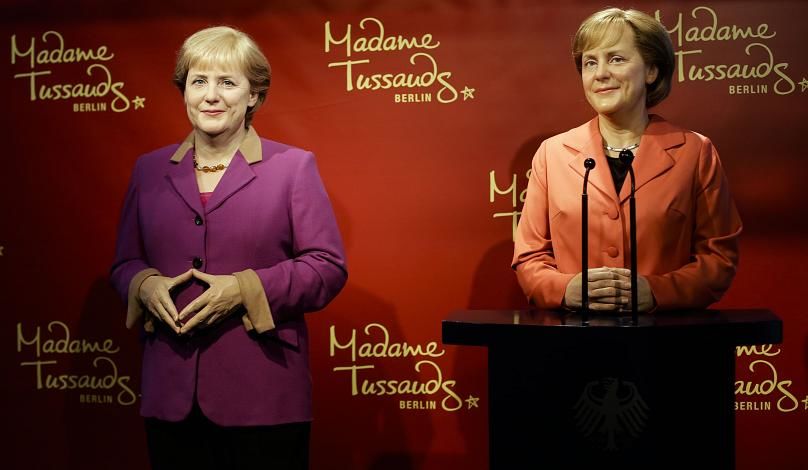 A new wax figure of German Chancellor Angela Merkel, left, is presented to the media next to a wax figure from 2005, right, at Madame Tussauds in Berlin, Sept. 19, 2013. 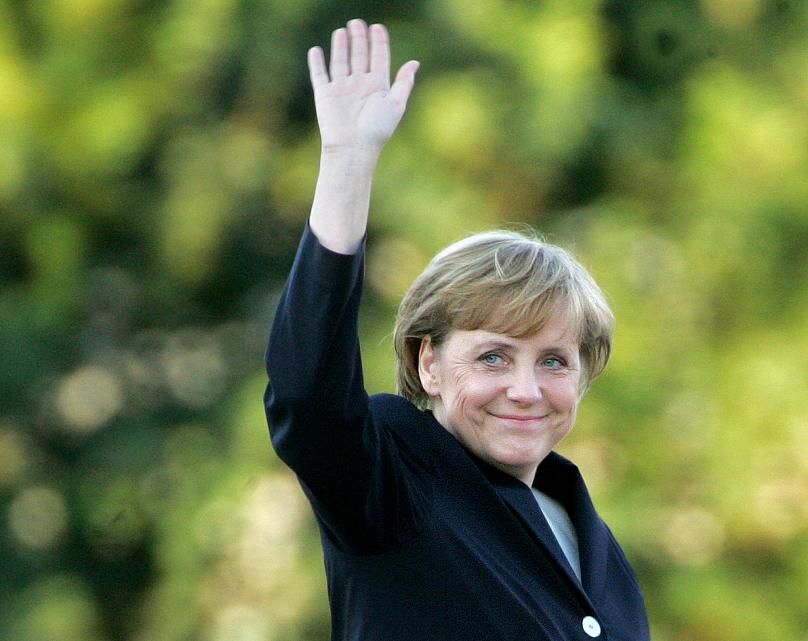 Angela Merkel arrives for a television debate with Chancellor Gerhard Schroeder at a television studio in Berlin, Sept. 4, 2005.