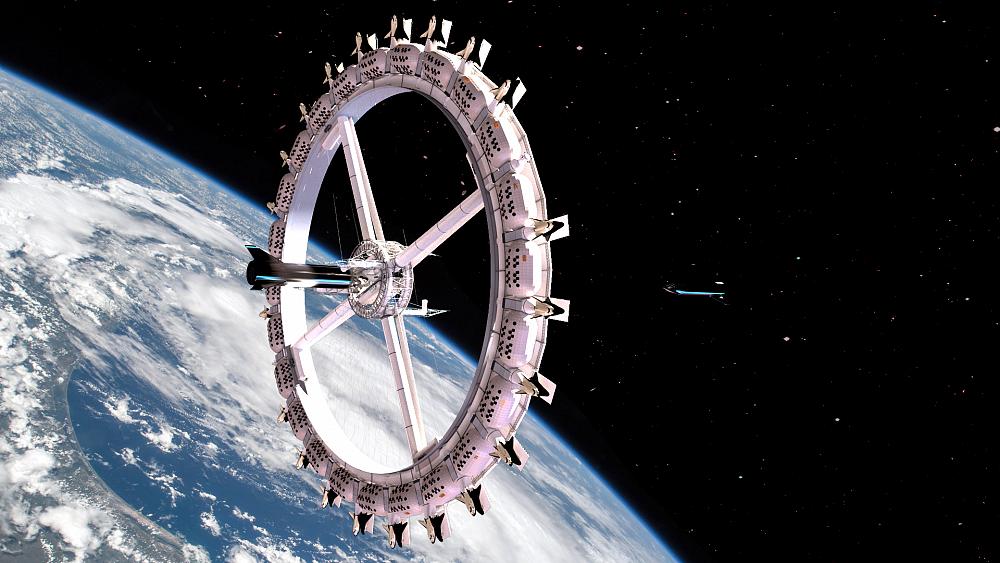 Sleeping among the stars could become a long haul excursion in just six years.

An American tech company hope to deliver a cruise-like space experience well before the end of this decade.

The Gateway Foundation’s ‘Voyager’ station is currently in development, with the goal being to provide rooms for up to 400 people. Its circular spinning frame should allow the structure to emulate an artificial gravity level similar to Mars - 40 per cent of the Earth’s own. The project is expected to be the first to create a more liveable, long term environment for humans in this way.

Voyager station will provide an assortment of cruise ship-like opportunities to eat, relax and work, including a health spa, cinemas, and bars. The hotel will have the capacity to surround the planet in just 90 minutes. 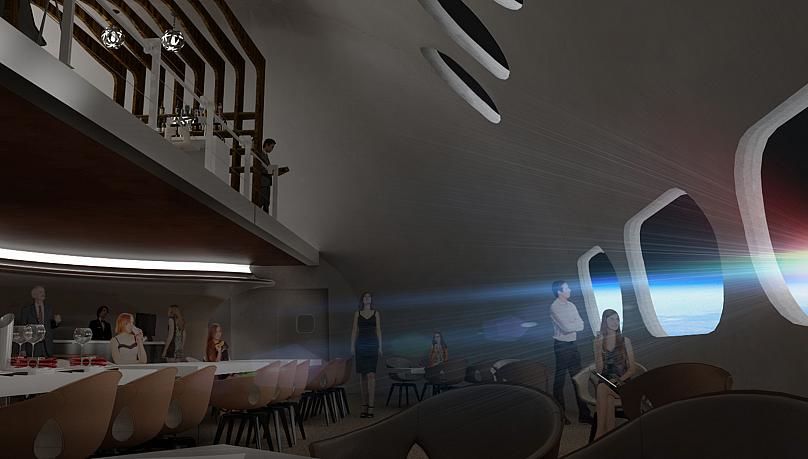 The station will host a variety of restaurants and bars

Its frame will also be large enough to fit twenty 65x40 foot pods which will act as marketable ‘villas’, as well as rented space for companies like NASA to work and live.

This logistics will be made possible by Orbital Assembly, a space construction company. They have developed the Structure Trust Assembly Robot (STAR), which will build the hotel in-orbit upon completion of successful gravity testing. A date is set to begin construction in 2025, with the expectation that the hotel will be fully operational by 2027.

The works are modelled from ideas first created by groundbreaking rocket scientist Wernher von Braun, who was a key figure in NASA’s Apollo space programme.

Concept art for the project depicts everyday images of the final design, featuring rounded bevelled windows, as well as a plethora of minimalist architecture.

“This will be the next industrial revolution" says Gateway Foundation founder John Blincow. 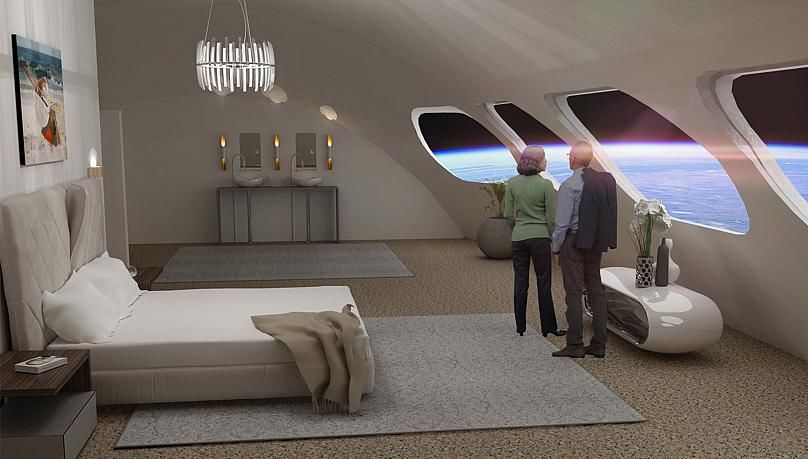 How are they able to complete the project so quickly?

The Voyager Station could serve as a lengthier competitor to Richard Branson’s Virgin Galactic experience, but it’s Tesla’s SpaceX that has paved the way in lowering costs and reducing barriers to space.

Elon Musk has professed his ultimate goal is to "make life multi-planetary".

For decades the cost of operating a space shuttle per kilogram was steady but eye-wateringly expensive, says space policy analyst Wendy Whitman Cobb.

There is the expectation that this could decrease to just a few hundred dollars this decade.

Just because we can, does it mean we should?

Cambridge University cosmologist Martin Rees argues we should not lean on the growing viability of living in space to solve the earth’s problems. He also says the reality is a lot further away than these companies are aspiring to.

“By 2100 thrill seekers [...] may have established ‘bases’ independent from the Earth on Mars, or maybe on asteroids. Elon Musk of SpaceX says he wants to die on Mars but not on impact. But don’t ever expect mass emigration from Earth. And here I disagree strongly with Musk and with my late Cambridge colleague Stephen Hawking, who enthuse about rapid build-up of large-scale Martian communities.

“It’s a dangerous delusion to think that space offers an escape from Earth’s problems. We’ve got to solve these problems here. There’s no ‘Planet B’ for ordinary risk-averse people”.