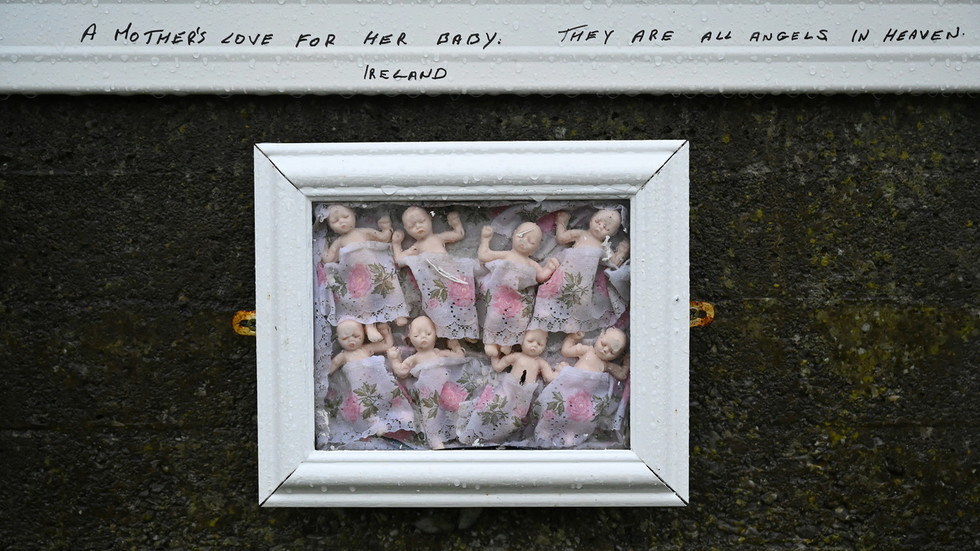 The deaths of 9,000 infants in Irish homes for unwed mothers proves how little value women had in the eyes of the Catholic Church

An investigation into mother-and-child institutions in Ireland calls for both a state apology and redress. But that’s too little too late for women, who, for centuries, have been treated as second-class citizens by the Church.

On Monday in Rome, Pope Francis changed medieval canon law to allow women to undertake more duties during Mass – read scripture and serve on the altar as eucharistic ministers among them – but confirmed they cannot be priests.

On Tuesday, a damning report into how the Church and the authorities in the Republic of Ireland colluded to keep unwed mothers and their children as virtual slaves was released by the government in Dublin.

Rome and Dublin might be over 1,500km apart as the crow flies, but, for women, the two events are inextricably connected and show their lot has changed little in 1,500 years. While Pope Francis is working on reforming the 2,000-year-old institution he leads to bring it into the 20th century, the rest of us have moved on and live in the 21st, where women rightly enjoy equal access and rights.

For the third time in a little over two decades, the Irish government is issuing an apology to the innocent victims of suffering wilfully perpetrated by officials in the Church, and issuing compensation to those who were physically, sexually and psychologically abused while in the care of Church and State.

In May 1999, then Taoiseach – or Prime Minister – Bertie Ahern issued a state apology to the victims of abuse in religious-run institutions that were supposed to care for truants, troubled children and those convicted of minor criminal misdemeanours. The official estimate for compensation at that time was set at €500 million ($608 million). The actual payout figure was more than double that – and it was paid only to those victims who still lived in Ireland.

In 2013, it was the turn of Taoiseach Enda Kenny to apologise to the 10,000 victims of abuse at the so-called Magdalene Laundries. Over 74 years, unmarried mothers and their children were forced to work in the notorious laundries – and almost 1,000 were found to have been buried in the grounds of the institutions. Some spent most of their lives working in slave-like conditions.

And now, in 2020, it’s the turn of Taoiseach Michéal Martin to offer an apology to women for their treatment at the hands of the Catholic Church.

Details of the official report into the mother-and-baby homes were leaked on Sunday to a Dublin newspaper. Martin will offer a ‘mea culpa’ to the women and children who suffered horrific abuse in a series of such institutions across Ireland, where there were few records of how children died, and for the estimated 9,000 who did, where they were buried.

This latest dark chapter came to light only by the efforts of an amateur historian from Tuam in western Ireland, who was haunted by the memories of gaunt and sickly orphans dressed in rags who lived in a local institution. She found just two death certificates, but knew many more had died. Thanks to the conscience and good works of Catherine Corless, the remains of 802 children, from newborns to three-year-olds, were found in a disused septic tank. They were discarded there between 1925 and 1961, shedding a light on a nationwide system of religious abuse.

The bodies of those thousands of children were buried in unmarked graves or worse, and mothers and their children forced into back-breaking work for little or no money – and all with the approval of the officials who were aware of the abuses being carried out by the religious orders running the homes. Those women had committed no crime, their only sin being to have fallen pregnant out of wedlock.

Corless and others have documented how some children were taken from their mothers shortly after birth to be trafficked to couples in the US who were childless and wanted a family. Others were told their mothers were dead.

And the state knew just how the Church was treating women. In 1939, the inspector for ‘boarded-out’ children (that is, those fostered out to families) wrote: "The chance of survival of an illegitimate infant born in the slums and placed with a foster mother in the slums a few days after birth, is greater [even] than that of an infant born in one of our special homes for unmarried mothers."

The last of the 18 homes that are the focus of this damning report only closed in 1998. That was just three years after Irish voters narrowly agreed to change the state’s constitution to allow for divorce. By then, voters had already rejected two separate referendums on abortion – and that ban was only overturned in a plebiscite in May 2018.

How women were treated by the Catholic Church in Ireland – with the tacit collusion of the state – serves as a painful reminder that, while, since Monday, they may be allowed to serve on the church altar by decree of Pope Francis, they remain as outsiders.

In August 2018, the Pope had an opportunity to make real amends to the women of Ireland, to the victims who suffered at the hands of his Church, and the little dead children whose mortal remains were tossed into a septic tank as their final resting place, by visiting the site of the former home the nefarious deeds of which were uncovered by Corless.

His official itinerary for a papal visit to Ireland had him 38km away in Knock, saying Mass at a place where the Virgin Mary is said to have appeared in an apparition to a group of local people in 1879. But that 38km distance was evidently just too far for the pontiff to travel to utter even a silent prayer.

"Those babies … were just discarded," Corless noted just before the publication of the official report. "They were not seen as human beings at all. They were just seen as things to be discarded, not treated with any dignity or respect, and it’s time to turn the tables to give healing back to all the survivors."

At the very least, the report will show women exactly how the Church valued them back then – and, in the light of this week’s events, how little it values them now.