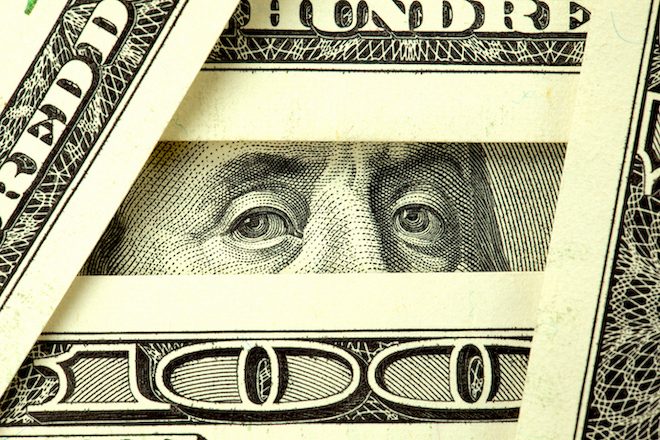 The Billionaire Behind the Biggest U.S. Tax Fraud Case Ever Filed

More than 20 years ago, a group of former salesmen for Houston software entrepreneur Robert Brockman sued their old boss, claiming in court that he had deprived them of commissions by directing a portion of customer payments to a Cayman Islands entity.
Mr. Brockman twice appealed to the Texas Supreme Court as he tried to avoid answering detailed questions about the offshore entity, and he settled the case in 2001 under confidential terms.

Although the salesmen didn’t realize it at the time, they had stumbled onto early signs of what the government later called the largest criminal case ever brought against a person accused of evading U.S. taxes. Federal prosecutors in October charged Mr. Brockman with using a web of offshore entities to conceal about $2 billion in income from the Internal Revenue Service.

Mr. Brockman has pleaded not guilty to 39 criminal counts, including tax evasion, wire fraud, money laundering and evidence destruction. He and his attorneys didn’t respond to requests for comment.

Prosecutors allege the bulk of the tax evasion stemmed from profits Mr. Brockman made from investments with Vista Equity Partners, a private-equity firm he helped launch in 2000 and which now manages $73 billion in funds dedicated to software investments.

Vista founder Robert Smith, the wealthiest Black person in America, settled his own tax-evasion case with the government, which was made public on the day of Mr. Brockman’s indictment. Mr. Smith has agreed to testify against his former mentor, one of at least two Brockman confidants to turn on him.

Some of the money in the criminal case against Mr. Brockman originated with the same Cayman Islands entity that the salesmen complained about years earlier, according to an IRS affidavit unsealed in December. The link between the two cases hasn’t been previously reported.

The record-setting case pits Mr. Brockman, a billionaire with a reputation as a relentless litigant, against the immense resources of the federal government. Legal specialists say the government appears to have strong evidence, but federal prosecutors may face challenges trying the case because of the complexity of tax laws governing offshore trusts.

In another potential hurdle for the government, the 79-year-old Mr. Brockman claims in court documents he can’t be tried because he is suffering from dementia and is unable to assist in his own defense. Prosecutors said in court filings that he could be faking a mental decline. A hearing on his competency is scheduled for June, and if the court sides with Mr. Brockman, the charges could be dropped or deferred.

Despite his wealth, Mr. Brockman was virtually unknown outside of a small circle in Houston and the automotive industry until his indictment was announced in the fall.

Court documents and interviews with his former employees, business associates and his younger brother portray him as a brilliant, sometimes penny-pinching executive with an antigovernment streak that led him to regard the IRS as a corrupt organization unfairly targeting taxpayers.

Mr. Brockman bought used furniture for company offices, rarely gave raises and forbade employees from smoking to save money on health insurance, according to former employees and associates. He stayed at budget hotels and ate frozen dinners in his room during monthly visits to one of his company’s offices near Dayton, Ohio, a former vice president at his software firm recalled.

Most of the wealth he gathered over the years is held in a Bermuda trust that owns, among other things, nearly all of his software company. The firm, Reynolds & Reynolds Co., provides software to auto dealerships, and it had annual revenue of about $1.4 billion, according to a now-defunct Brockman charity website. Mr. Brockman was chief executive of Reynolds & Reynolds until the indictment.

“The allegations made by the Department of Justice focus on activities Robert Brockman engaged in outside of his professional responsibilities with Reynolds & Reynolds,” a company spokeswoman said in a statement. “Throughout numerous court filings and legal proceedings, the Company has never been alleged to have engaged in any wrongdoing in any way.”

The Bermuda trust has assets of at least $7.7 billion, including $1.4 billion in Swiss bank accounts, according to a confidential affidavit from Mr. Brockman’s wife that was filed with a Bermuda court and reviewed by The Wall Street Journal. A lawyer for a former trustee suggested in a recent Bermuda court hearing the trust’s total value could be as high as $10 billion.

That level of wealth would rank Mr. Brockman around 50th on the most recent Forbes 400 list of U.S. billionaires, well ahead of Twitter Inc. CEO Jack Dorsey and Fidelity Investments magnate Edward Johnson III. Mr. Brockman never appears on the list.

Among the assets Mr. Brockman has amassed: a Bombardier private jet, a 209-foot yacht, a 17,000-square-foot residence in Houston and a 5,800-square-foot cabin in Aspen, Colo., according to public records and court documents filed by prosecutors.
Add Comment