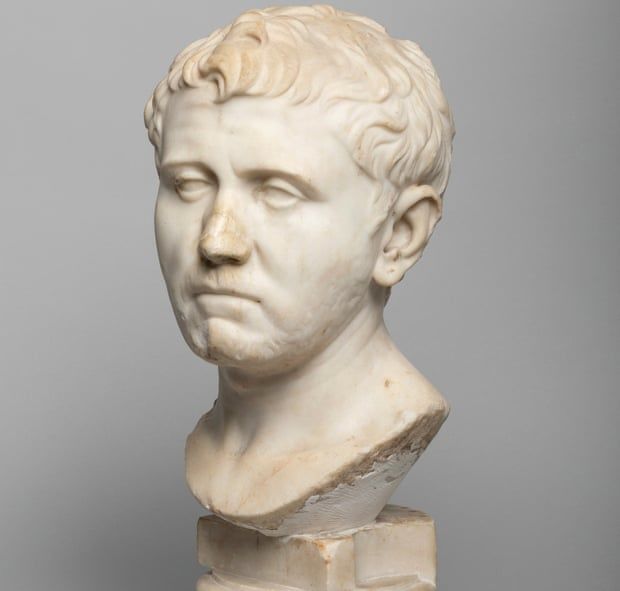 Laura Young, who has been reselling antiques for 11 years, came across a 52lb marble bust in an Austin Goodwill in 2018.

“I was just looking for anything that looked interesting,” Young told CNN. She added: “It was a bargain at $35 – there was no reason not to buy it.”

After purchasing the bust, Young reached out to various auction houses and experts to find out more about the sculpture.

A specialist used a digital database to track down the bust’s provenance and found photos from the 1930s featuring the head in Aschaffenburg in Bavaria, Germany.

Sotheby’s eventually confirmed that the bust was estimated to be about 2,000 years old, and came from ancient Rome.

The bust was once kept at Pompejanum, a replica of a Pompeii-style Roman home that was commissioned by King Ludwig I and built in the 1840s.

Pompejanum displayed the bust until the second world war, when groundskeepers placed the sculpture and other relics in storage as the villa came under attack.

For about the next 80 years, the bust’s whereabouts were unknown – until Young dug it up at a Goodwill.

“It seems like sometime between when it was put into storage until about 1950, someone found it and took it,” McAlpine told CNN. “Since it ended up in the US it seems likely that some American that was stationed there [during the war] got their hands on it.”

Young tried to track down the person who donated the bust through Craigslist but was unsuccessful.

“I would really love it if whoever donated it came forward,” she told CNN. “It’s most likely not the original person who took him, but [I] would still like to know the story.”

The San Antonio art museum was loaned the bust for a year, but the piece still technically belongs to Germany because it was stolen from storage.

Germany anticipates getting the bust back in May of next year and then displaying it once again in the Pompejanum.
Add Comment