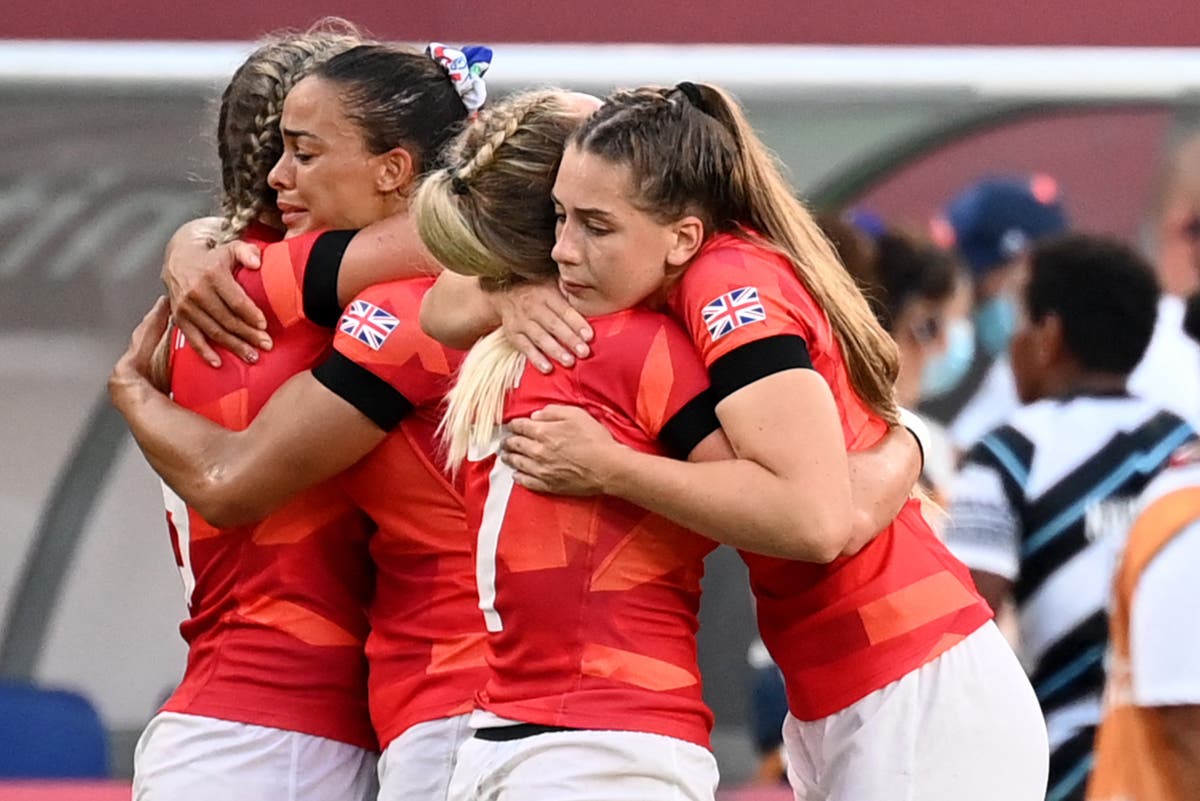 Team GB’s hopes of a first women’s rugby sevens medal came to a crushing end as they were beaten in the bronze playoff for the second Olympics in a row.
After defeat to Canada in Rio five years ago, it was Fiji that broke British hearts here as Alowesi Nakoci’s two tries set them on their way to a 21-12 victory.

New Zealand, meanwhile, had suffered their own trauma in Rio, beaten in the final by rivals Australia, but unlike the Brits were able to achieve redemption here as they triumphed over France in the final.

The Black Ferns had looked the best team throughout the tournament and despite a brief second-half French fightback had few problems in securing a deserved gold with a 26-12 victory.

Great Britain kicked off their bronze medal match but by the time they next touched the ball they were already 7-0 down as Nakoci went over for the Fijians and Viniana Riwai added the extras. Megan Jones almost led an immediate Team GB response, going close to crossing in the corner but despite a build-up of pressure as the Brits forced a five-metre scrum they were unable to hit back and a wonderful solo try from Nakoci, which began inside her own 22 extended their advantage.

A response before the interval was essential and GB looked to have blown their chance, wasting a three-on-one with indecision but their patience was eventually rewarded as Jones went over, though Holly Aitchison missed with her conversion attempt to leave Fiji 14-5 up at the break.

Britain had beaten the islanders in the quarter-final in Rio but revenge looked all-but assured when Reapi Ulunisau’s eighth try of the tournament widened the gap, but Jones’ quick thinking and cracking run saw her touch down under the posts to give her side late hope, but with little over a minute on the clock and nine points still in it, Fiji never looked like surrendering the lead.

Jasmine Joyce, outstanding throughout the tournament, said: “We are absolutely gutted but six months ago none of us had any jobs, had nothing, so to come here and get fourth place, I’m so proud of the girls. We can call ourselves Olympians again.

“It’s about putting the sport in a better place and inspiring the nation.”

Fiji had won their first ever Olympic medal when taking men’s gold in Rio and have already repeated that success in Tokyo, but this group of players now become the first female medalists in their country’s history.
Add Comment