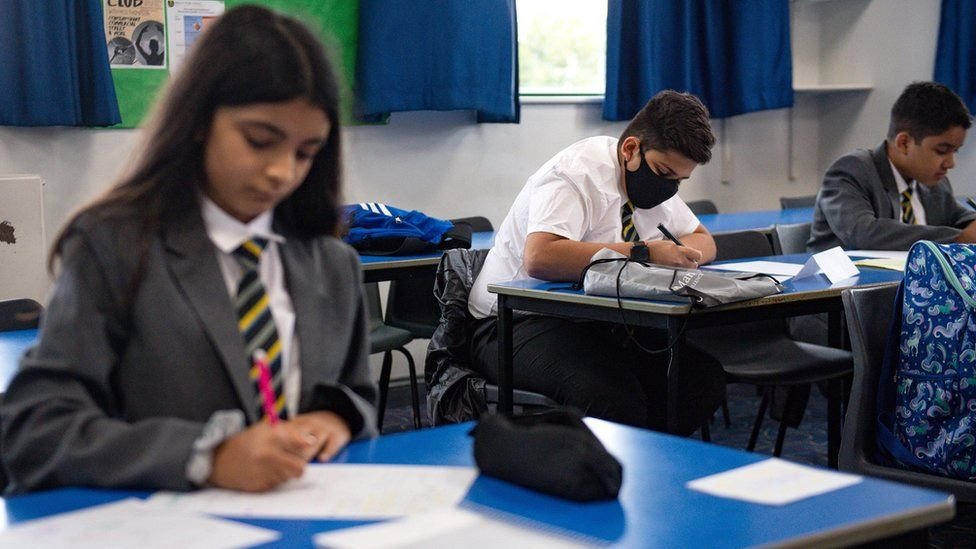 Teachers' grades to replace A-levels and GCSEs in England

He told MPs he would "trust in teachers rather than algorithms", a reference to the U-turn over last year's exams.

For primaries, he confirmed there would be no Year 6 Sats tests this year.

Mr Williamson promised parents it would be "mandatory" for schools to provide "high-quality remote education" of three to five hours per day.

He said this would be "enforced" by Ofsted, with inspections where there were "serious concerns" about what was provided for children now studying at home.

Labour's Shadow Education Secretary, Kate Green, accused Mr Williamson of "chaos and confusion" - and said he had failed to listen to the "expertise of professionals on the front line".

She said he had given a "cast-iron commitment" that exams would go ahead - and Ms Green said: "At that moment, we should have known they were doomed to be cancelled." 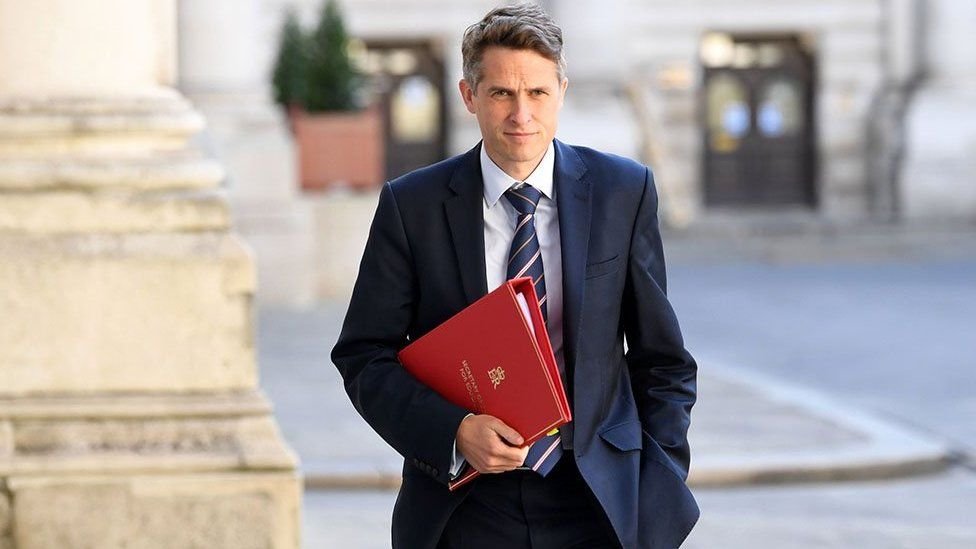 He also told MPs there would be no Sats tests for those at the end of primary school.

"I can absolutely confirm that we won't be proceeding with Sats this year. We do recognise that this will be an additional burden on schools

Geoff Barton, leader of the ASCL head teachers' union, said rather than a "vague statement" of how A-levels and GCSEs would be graded, ministers should already have a system ready in place - and it was a "dereliction of duty" that it was not already prepared.

And he warned against repeating the "shambles" of last summer's cancelled exams.

The education secretary confirmed to MPs that GCSEs and A-levels are not going ahead - after this week's decision that it was no longer feasible with so much time lost in the Covid pandemic and the latest lockdown.

The exams watchdog Ofqual will draw up proposals for an alternative way of deciding results, for qualifications that could be used for jobs, staying on in school or university places.

Simon Lebus, the watchdog's interim head, said evidence for replacement grades could include tests, homework, mock exams and teachers' observations - and would take into account how much of the syllabus had been covered.

A consultation is expected to begin next week, with plans to be decided by the end of February or possibly sooner.

Last year's attempts to find an alternative approach to exam results, which initially used an algorithm, descended into chaos - and eventually switched to using teachers' grades.

And without any exam papers or standardised mock exams, the use of teachers' assessments, with some process of moderation between schools, will be used for this summer's candidates.

On vocational qualifications, Labour's Ms Green said the education secretary was "failing to show leadership on exams in January".

Vocational exams, such as BTecs, are carrying on, if schools and colleges decide to continue with them - but college leaders had complained that there needed to be a national decision to avoid confusion.

If students cannot take BTec exams this month as planned, they will still be awarded a grade, if they have "enough evidence to receive a certificate that they need for progression", says the awarding body Pearson.

An Ofqual spokeswoman said they would consider options for replacement exam results, academic and vocational, "to ensure the fairest possible outcome in the circumstances".

The exams watchdog's decisions will face much scrutiny - with the previous head of Ofqual resigning after last summer's U-turns over grades.

Mr Williamson's statement in the Commons came as all GCSE, AS and A-level exams in Northern Ireland were cancelled due to the Covid-19 crisis.

Education Minister Peter Weir announced the decision in the Stormont assembly on Wednesday.

Scotland has already cancelled its Nationals, Highers and Advanced Highers.

GCSEs and A-levels in Wales were scrapped in November.