Taliban Detains Magazine Writer For Columns On Atrocities By Them

The Taliban agents disapproved of her reporting on LGBTQ persons and asserted that there were "no gays" in the country, the journalist said.

The terror outfit forced the writer to issue a Public Retraction after holding her caged for 3 Days, Khaama Press reported.

Lynne O'Donnell, an Australian writer who writes a column for Foreign Policy magazine presently, tweeted, "l apologize for 3 or 4 reports written by me accusing the present authorities of forcefully marrying teenage girls and using teenage girls as sexual slaves by Taliban commanders."

Notably, O'Donnell was forced to make an apology by the Taliban, she revealed in a statement on Wednesday.

"Tweet an apology or go to jail, said Taliban intelligence," she tweeted. "Whatever it takes: They dictated. I tweeted. They didn't like it. Deleted, edited, re-tweeted. Made a video of me saying I wasn't coerced. Re-did that too," she said.

The agents disapproved of her reporting on LGBTQ persons and asserted that there were "no gays" in the country, the journalist added.

Lynne is an internationally acclaimed war journalist who has reported occasionally from Afghanistan for over 20 years. However, following her alleged detention, harassment, and threats she departed the war-ravaged country on Wednesday for Pakistan, reported Khaama Press.

O'Donnell was the Afghanistan bureau head for the Agence France-Presse wire service and the Associated Press between 2009 and 2017, according to her biography on the Foreign Policy website.

However, the Taliban's Ministry of Information and Culture and intelligence authorities have not reacted to the issue as of yet.

The atrocities of the Taliban against Afghan women have been on an incessant surge since the group seized power in Afghanistan in August last year.

The Taliban had previously promised an inclusive society and equality during their first press conference after the takeover of Afghanistan while on the contrary, stopped girls from going to school beyond a sixth grade on March 23 and a decree against the women's dress code was issued after a month.

There are restrictions on movement, education, and freedom of expression of women posing a threat to their survival.

According to locals, the Taliban has prevented women from using smartphones, and the Women's Affairs Ministry often extorts money for providing essential protection.

Around 80 per cent of women working in the media have lost their jobs, it said adding that almost 18 million women in the country are struggling for health, education, and social rights. 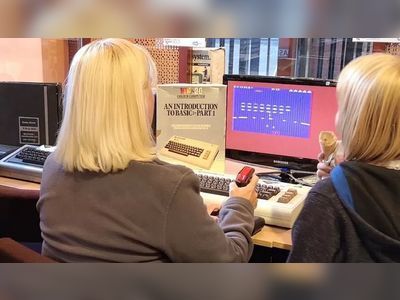