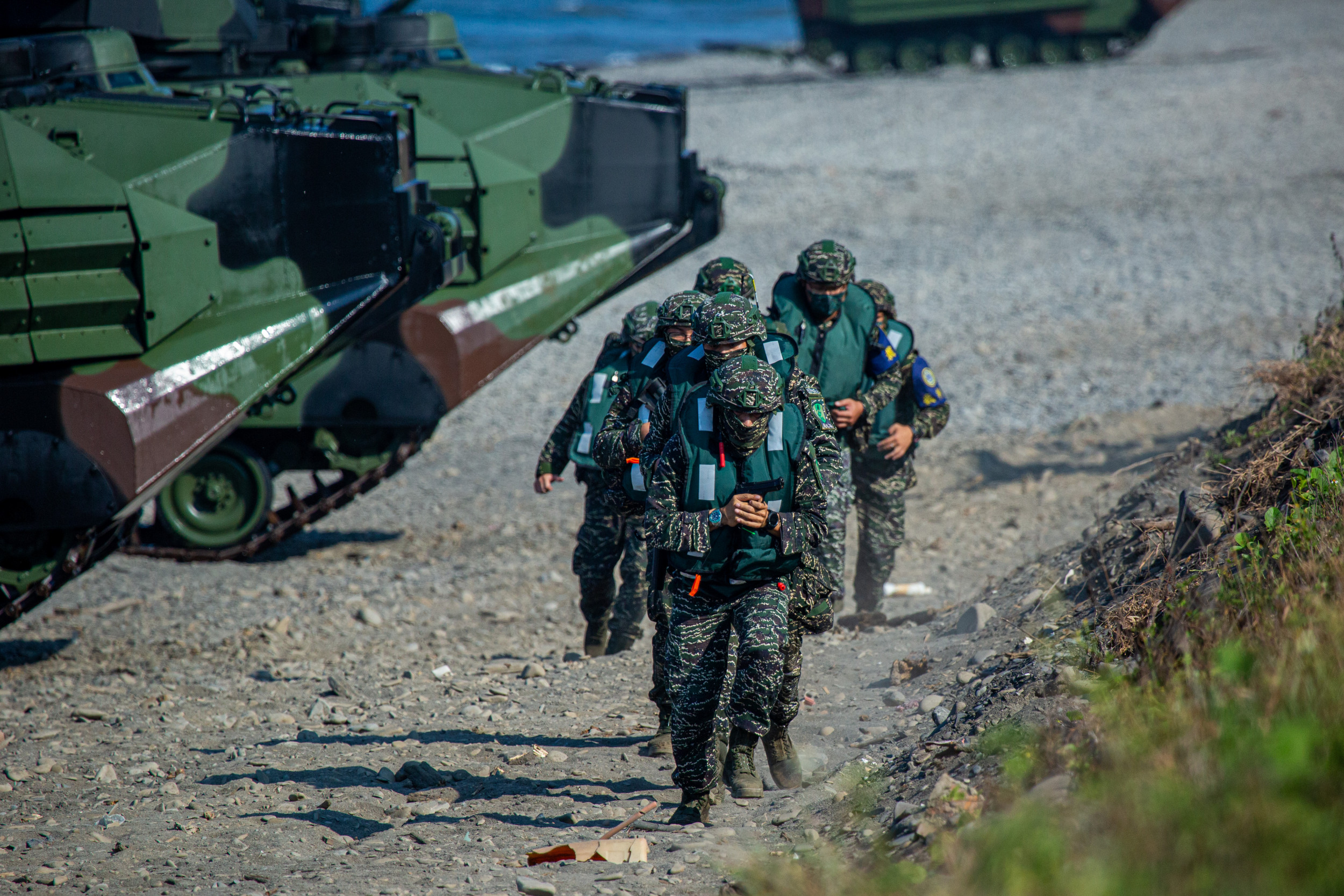 The mobilization of Taiwan's forces was reported Monday by SET News, a news channel in the East Asian island. SET reported that in response to Pelosi's purported visit, Taiwan's Ministry of National Defense halted the leave of some officers and soldiers, as well as had its air defense forces begin readying for potential conflict with China.

Newsweek was not able to independently verify the report. Newsweek reached out to the Taipei Economic and Cultural Office, a de-facto embassy in New York City for comment.

Unverified news reports in July that Pelosi, a Democratic California lawmaker, will visit Taiwan in August has led to repeated threats from Chinese officials and state media. Chinese Foreign Ministry spokesperson Zhao Lijian said last month that such a visit would result in the U.S. seeing "consequences," and that China is against "any form of official interaction between the U.S. and the Taiwan region."

"The U.S. must not arrange for Speaker Pelosi to visit the Taiwan region and must stop official interactions with Taiwan," he said. "Should the U.S. side insist on doing otherwise, China will take strong and resolute measures to safeguard its sovereignty and territorial integrity. The U.S. must assume full responsibility for any ensuing consequences."

Pelosi, who is second in line to the U.S. presidency, arrived in Singapore early Monday on her tour of Asia that will allegedly include a stop in Taiwan. U.S. General Mark Milley, chairman of the Joint Chiefs of Staff, said last week that the military would work to ensure her safety if "there's a decision made that Speaker Pelosi or anyone else is going to travel."

Taiwan, officially called the Republic of China (ROC), is located in the western Pacific Ocean and has been governed independently from mainland China since 1949, according to an explainer on the China-Taiwan relationship from the Council on Foreign Relations. Chinese officials have maintained that they view Taiwan as an "inalienable" part of China, and in October last year, Chinese President Xi Jinping vowed to achieve a "peaceful reunification" with the ROC, Reuters reported.

Still, China's reported military drills near Taiwan in recent years have increased fears that it could take aggressive action against the island.

The results of a survey released last month indicate that China's yearning for reunification is not widely-shared among Taiwan's residents. In the poll from National Chengchi University's Election Study Center, desire among Taiwan's public for a quick reunification with mainland China fell to a near-record low of 1.3 percent in the first half of the year. At the same time, 5.1 percent said that they wanted formal independence from China at the earliest possibility.
Add Comment