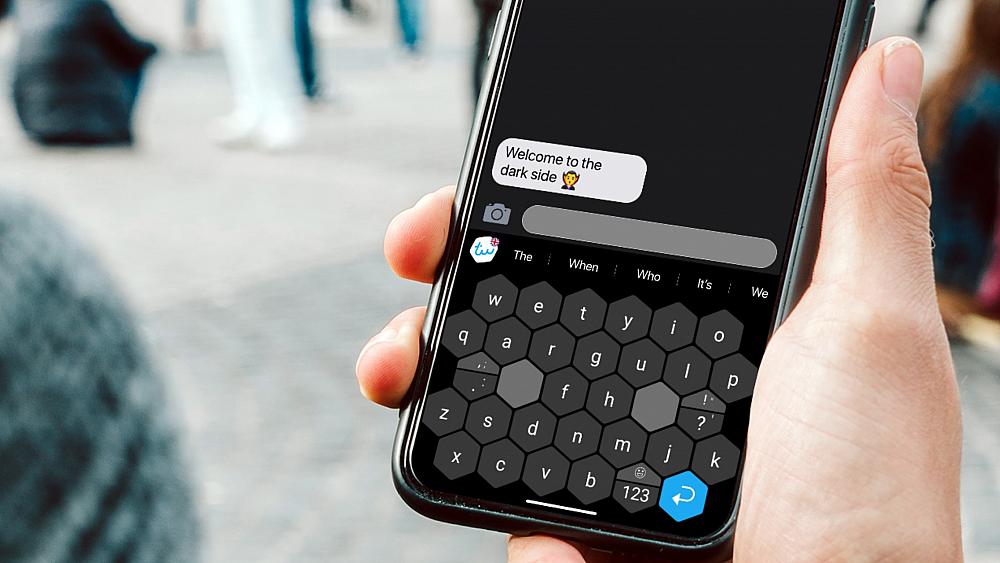 Swiss start-up Typewise has developed an AI keyboard for your phone that is better at correcting typos and more secure. Can it rival the US giants?

The application we use most on our phones is the keyboard, spending on average up to an hour a day typing on our phones to decode our thoughts and interact with our contacts.

But the keyboards we typically use are not designed for today’s mobile world and are based on typewriters used in the 19th century. The most commonly used keyboards from Google and Microsoft are also arguably not that secure.

The Swiss start-up Typewise is trying to rival the tech giants in offering a keyboard app that claims to be 100 per cent secure and allows you to type with four times fewer typos.

“Our algorithms work on your phone device, so none of your data, none of what you type gets transmitted to the cloud or internet and that's very different from pretty much any standard keyboard that you find in the market,” Typewise chief executive officer and co-founder David Eberle told Euronews Next.

“People are scared of WhatsApp and say ‘I need to switch to some secure messenger’ but then the keyboard they use on that secure messenger may still siphon off all the data and send it somewhere else.”

How does it work?

With its larger hexagon keyboard and layout, it also claims to be easier to use and has 33 per cent faster typing speeds.

But switching from the keyboards we are so accustomed to using daily and getting used to new features does admittedly take time.

The keyboard works by using an AI technology that corrects your mistakes and can predict your next words while also learning the user’s own slang or colloquial vocabulary.

“The algorithms are better than even a Google keyboard that's out there,” Eberle said.

Another key feature the keyboard offers is that it recognises over 40 different Latin-based languages, so you could type in English and in French in the same sentence without it autocorrecting or having to manually switch languages.

As the company is based in Switzerland, a country that speaks four languages, it is in a prime position to understand the need for multiple language technology, unlike its United States-based rivals.

Typewise is also collaborating on its AI system with the Swiss Federal Institute of Technology and is developing its predictive text ability.

“Traditional machine learning models are more probability-based and you see it also on your phone. The typical words that get suggested are ‘the or an or he or I’, because those are very probable words,” said Eberle. 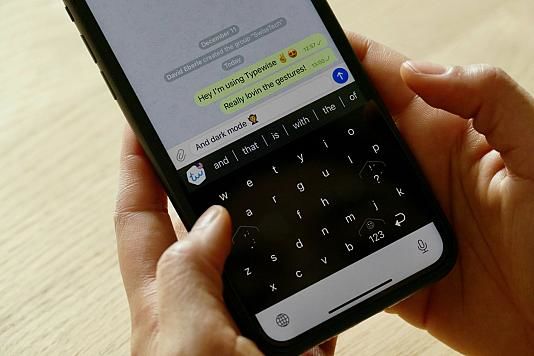 Example of the hexagon keyboard

“But you don't type those words all the time. So I think the challenge really in this technology is to make it more personal to you, how you type, but also understanding the context.”

But the company wants to expand past smartphone keyboards.

Its goal is to licence its AI technology as an Application Programming Interface (API) and Software Development Kit (SDK) so that it can then power its technology across mobile, desktop and even brain-computer interfaces.

How to take on the tech giants

Google and Microsoft are also developing their own predictive text technology but the Swiss start-up says it is also a contender for a place in the market.

“We believe there is a space for an independent provider that also has a different approach with privacy built in,” said Eberle.

“I think it's a big opportunity because not all the big enterprises want to work with Microsoft or Google, which is their proprietary technology. And we believe with a more open approach that we have a right to win in the market.”

Eberle started the company with his school friend Janis Berneker, officially launching Typewise in 2019. Since then it has grown to have over one million users.

It hopes to grow ten-fold in two years. The app is free to download but has a pro setting that allows use of additional features for just over €2 a month.

The company started with a Kickstarter campaign and had a successful seed round in 2020 where it raised $1 million (€1.2 million). It has had 400 per cent revenue growth year-on-year.

On August 23, the company is also launching an equity crowdfunding campaign, which Eberle said has already garnered a lot of attention.

In its mammoth challenge to contend with Google and Microsoft, Eberle believes being based in a small European country has its advantages.

Switzerland is more risk-averse than the US, he acknowledged, but says in being a small country, you are forced to expand to other markets quickly, which requires new approaches.

“We know that the domestic market is never going to be big enough. And maybe that's a driver of being more open-minded,” Eberle said.

“I think with any Start-up you have, you have to kind of run-up hills and you just have to run fast enough to kind of make it.”