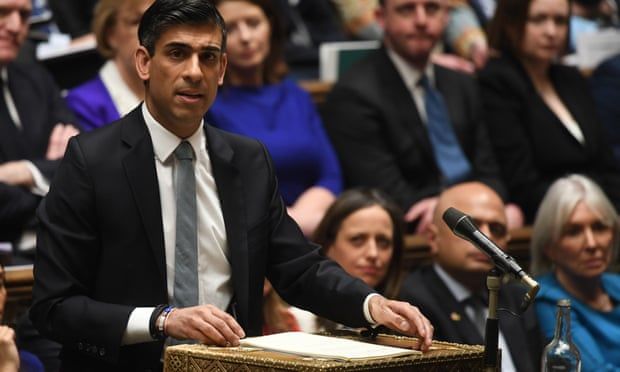 Sunak says he ‘can’t do everything’ after spring statement criticism

Chancellor’s mini-budget attacked as insufficient to tackle cost of living, but he says it ‘will make a difference’

Rishi Sunak has said more financial support could be announced later this year to tackle spiralling energy bills but stressed he could not solve “every problem”, after criticism of the mini-budget designed to tackle the cost of living crisis.

In a terse defence of the measures revealed on Wednesday, which critics said would fail to stem the biggest fall in living standards on record, the chancellor insisted that a 5p cut to fuel duty, a rise in the national insurance threshold and the promise of an income tax cut in two years’ time “will make a difference”.

“They will put money in the pockets of hardworking British families because this government wants to support them through these challenging months ahead,” he said.

After facing criticism for announcing no further support for those on universal credit, who will see their benefits rise by just 3% while inflation leaps to nearly 8%, Sunak retorted that “we can’t do everything”.

Pressed on why he did not reinstate the £20 uplift put in place when the Covid outbreak began, Sunak said that the government “did some things temporarily in the pandemic, which have ended” but those were “not the right and appropriate interventions now”.

With energy bills expected to grow by up to 54% when the price cap is raised next month, Sunak suggested he could intervene again to help those struggling to heat their homes by the time the cap is reviewed again in October.

Asked whether he may be forced to provide more financial support, Sunak told BBC Radio 4’s Today programme: “Yes. Of course, we’ll have to see where we are by the autumn and it’s right for people to recognise that they are protected between now and the autumn because of the price cap.

“I always keep everything under review and the government – as it’s shown over the past few years – is always responsive to what’s happening.

“But I would say with energy prices, they are very volatile. And I don’t think you, I or anyone else has any certainty about what will happen in October right now.” 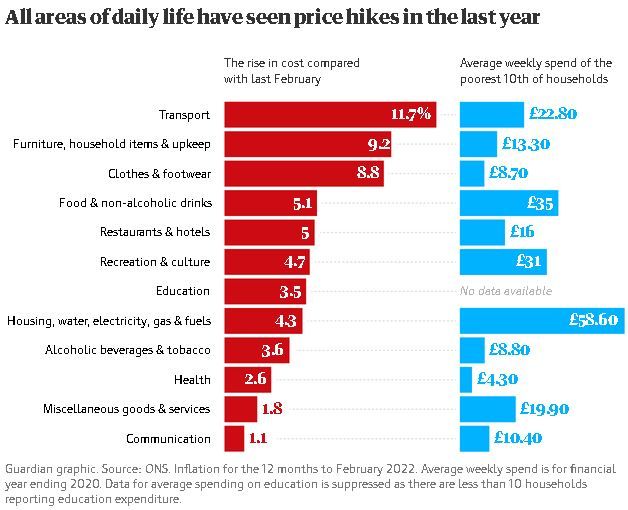 Sunak was asked why he was so uncertain about what help may be needed in six months’ time when he also announced on Wednesday that the basic rate of income tax would be cut from 20p to 19p in 2024.

“Because we’re dealing right now with a situation, particularly with Ukraine and Russia, which is highly volatile, there’s a very high degree of uncertainty about the near term because it’s unclear how that situation is going to play out,” he said.

“Over a longer period of time, you can find alternative sources of energy and be much less reliant on gas that’s coming from Russia.” 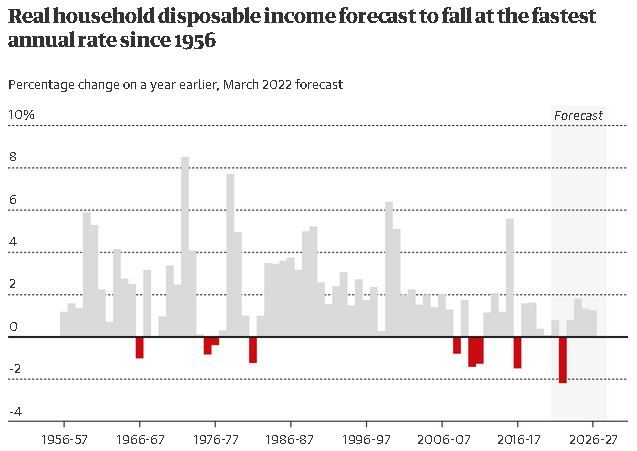 Sunak said he understood many people “across the country are struggling with prices going up” but added he could not help everyone. “I wish I could solve every problem and, sadly, I can’t and have tried to be honest about that,” he said.

He said the UK was “not alone” in facing what he called global pressures, and blamed “global inflationary challenges” as well as the cost of weaning the west off Russian imported energy.

Labour has urged Sunak to abandon the national insurance rise, and use a windfall tax on offshore oil and gas companies to try to raise £3bn.

The shadow chancellor, Rachel Reeves, said it was a disaster that living standards had been forecast to fall to their lowest point since the 1950s, when records began.

Reeves also told LBC: “Rishi Sunak can say he’s a tax-cutting chancellor but it’s a bit like a kid in his bedroom playing air guitar: he’s not a rock star.”