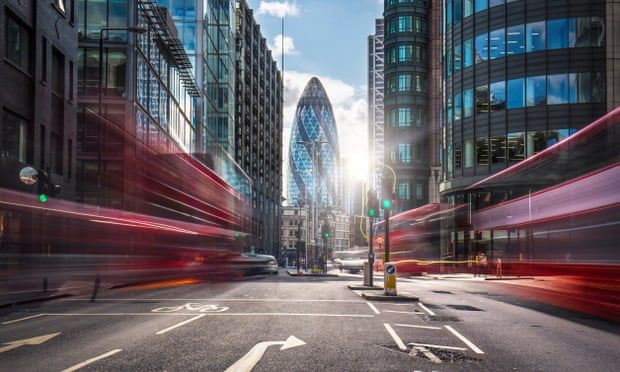 Analysis: GDP figures show attempts to revive business investment have not got off to a flying start
If Rishi Sunak hoped his massive tax giveaway in the spring budget to spur business investment would have quick results, the figures for the UK’s national income (GDP) in the second quarter will have proved to be a disappointment.

The amount businesses spent on new kit for the office and machinery for the factory inched higher by 2.4%, but the rise left overall spending on investment 15.3% below pre-pandemic levels.

A lack of business investment was Britain’s achilles heel after the 2008 financial crash, when most of the nation’s growth relied on consumers spending every penny they earned and more. The uncertainty created by the EU referendum and more than four years of debate about how – or even whether – to leave the trade bloc prolonged the agony.

In the budget, the chancellor told businesses they would get £1.30 off their tax bills for every £1 spent over the next two years if the money was dedicated to buying new stuff. It seems that a general nervousness about the future means this particular policy has not got off to a flying start.

The manufacturing industry nudged forward in June, though it registered only a 0.2% increase to leave factories 2.3% short of pre-pandemic levels of output. Construction firms went backwards for the third consecutive month and, most worrying of all, Britain’s trade with the rest of the world suffered a setback.

This left the services industry to generate much of the 1% increase in GDP during June and 4.8% boost to GDP over the second quarter. Increases in advertising, eating out and a degree of normality in the health service, which began to open up to the public for non-Covid-19 consultations after more than a year of restrictions, helped to lift the services sector, the Office for National Statistics (ONS) said.

Worries about the ability of manufacturers and construction firms to produce stronger levels of output as the year rolls on are most likely misplaced. They are both experiencing shortages of materials and skilled staff that are likely to ease over the next few months, even if the struggle to replace eastern European workers in the construction industry persists for many years to come.

However, almost a third of the UK’s GDP is linked to trade and that is suffering badly, with little clarity over when and how it will fully recover. The level of GDP remains 4.4% below pre-pandemic levels, and to recover without the age-old reliance on consumer spending, exports need to rocket.

According to the ONS, while imports and exports of goods to the EU in May and June were above levels recorded at the end of last year, showing a recovery from leaving the single market and customs union, the value of goods exports in June was £14bn compared with about £17bn in 2019. Worse, the upwards trend reversed. Total exports fell 1.5% to £48.7bn in June and goods shipments declined 3.6%.

Trade with the rest of the world was in an even more parlous state. Goods exports to everywhere outside the EU were consistently £2bn above the level of exports to the EU in 2019. Now they are below EU levels.

Brexiters argue that a comparison with the final months of 2020, when the UK was still in the EU customs union, remain valid. But the ONS charts reveal trade dipped in October, November and December 2020 as johnson">Boris Johnson wrangled with his own party over how to leave the EU. Unsurprisingly, the biggest increase in trade can be traced from this period.

Likewise, comparisons with February 2020 present a false picture. While it might be used more broadly as the benchmark by the ONS to measure the extent of the bounce back in GDP from pre-pandemic levels, trade was already sliding in January and February 2020 as China, South Korea and much of Asia began to shut down their economies.

So the pandemic was already compounding Brexit uncertainty in the first two months of last year, to leave trade levels artificially low.

Interestingly, in that time France has slipped from being the UK’s fourth largest trading partner to fifth largest behind the Netherlands. According to government figures, in the year to March, trade with France fell by almost a quarter.

It means the recovery has some way to go.
#COVID-19  #Covid  #Boris Johnson  #Johnson
Add Comment