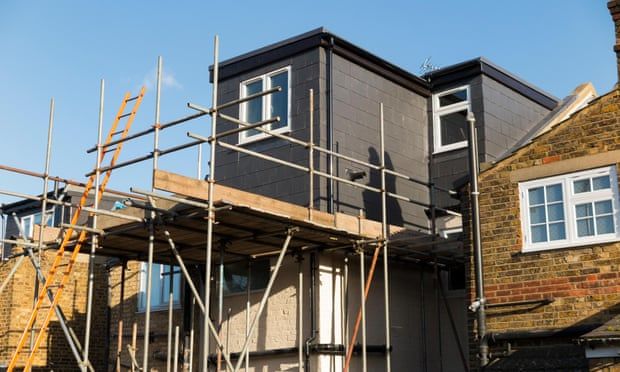 “Street votes” have been included in the levelling up and regeneration bill as part of what the housing secretary, Michael Gove, has described as a way to boost democratic involvement in homebuilding.

But the countryside charity CPRE said the policy would allow homeowners to simply have more space and increase the value of their properties, making it harder still for first-time buyers to get on the property ladder.

“We don’t think it will provide any more affordable homes, [it] will make existing homes in urban areas less affordable, and there are no guarantees it will lead to more homes overall,” said Paul Miners, the group’s policy director.

The local votes are part of a new package of planning reforms unveiled after ministers scrapped an earlier attempt to allow property developers to build new estates without having to repeatedly apply for planning consent.

Officials said the votes would grant residents the right to allow the development or replacement of properties on their street within design rules and national policies. Development would only go ahead if the proposal is endorsed by a “supermajority” of residents at referendum.

“It has the scope to be very divisive in terms of neighbours,” said Peter Rainier, principal director of planning at law firm DMH Stallard.

Successive governments have struggled to boost housebuilding to tackle the affordability crisis in the face of vociferous local opposition to greenfield development and rural sprawl.

The 2020 attempt to free up construction led to a backlash in the Conservative heartlands, and backbench MPs including Theresa May called the approach “ill-conceived”. The government is playing down the likelihood that it will hit a manifesto target of building 300,000 new homes a year by the mid-2020s.

Gove said on Wednesday: “Arithmetic is important but so is beauty, so is belonging, so is democracy, and so is making sure that we are building communities.

“People, when it comes to housing development, should be partners. We are going to do everything we can in order to ensure that more of the right homes are built in the right way in the right places. I think it is critically important that even as we seek to improve housing supply you also seek to build communities that people love and are proud of.”

Social housing landlords said any reforms should boost the delivery of affordable homes. Kate Henderson, the chief executive of the National Housing Federation, said planning changes should “deliver the number and type of affordable homes the country desperately needs”, citing 4.2 million people in need of social housing in England.

Gove’s predecessor as housing secretary, Robert Jenrick, said on Tuesday that the government would miss its manifesto target “by a country mile” and it could be years before the output hits even 250,000 a year again. He said: “We have to get those homes built because we are letting down hundreds of thousands of our fellow citizens. People are homeless today because we are failing to build those houses.”

On “street votes”, May warned parliament of “unintended consequences”. She said: “I can well imagine a situation in which somebody persuades their neighbours in a street to agree to the sort of development that might enhance the value of their houses but which actually has a negative impact on the wider community and wider neighbourhood.”

Street votes were proposed last year by the Policy Exchange thinktank, with the backing of several architects and planners associated with Prince Charles who have advocated for the “densification” of urban areas, in part to reduce pressure to build on open fields.

The thinktank said: “Residents of a street should be able to agree by a high majority on new strict rules for designs to make better use of their plots. A street of suburban bungalows, for example, could agree on the right to create Georgian-style terraces. In many cases, an adopted ‘street plan’ would greatly increase the value of residents’ homes, giving them strong reasons to agree on it.”

It suggested redevelopment of listed and pre-1918 properties should be prohibited.
Add Comment