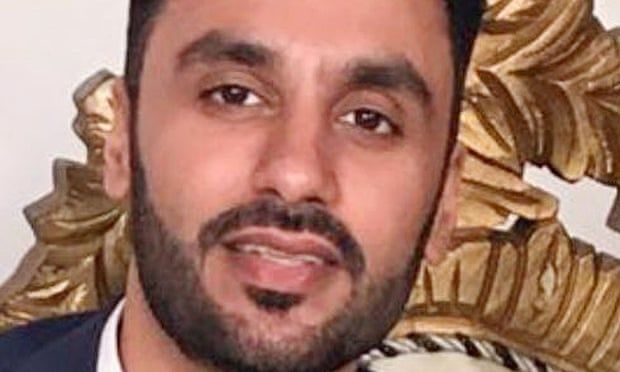 In a letter, the Labour leader asks why Johnson has not acted to ask for the release of Jagtar Singh Johal given the findings of the UN report on arbitrary detention last month.

Johnson prides himself on his strong relations with the Indian government led by Narendra Modi, but he has not used his influence to make a public call for release.

Starmer writes: “Jagtar was arrested in 2017 after travelling to India for his wedding where he was tortured by police officers into making a so-called ‘confession’ to charges carrying the death penalty.”

The UN’s expert panel called for Johal’s release, finding that there was no legal basis for Johal’s continued detention, and he had been tortured and denied the right to a fair trial.

Starmer asks in his letter, on behalf of Johal’s family, why the government has not made the same request and when it will do so.

Starmer, a former director of public prosecutions, is the most high-profile politician to take up the case, and his intervention suggests the UK will not be able to keep the issue confined to behind-the-scenes diplomacy indefinitely. Johal’s family, based in Dumbarton, have received support from the Scottish first minister, Nicola Sturgeon, and the campaign organisation Reprieve.

Starmer in his letter also calls for a cross-party approach to secure his release, saying: “In past cases of British nationals detained abroad it has been crucial to work cross-party, not only to exert maximum pressure but also ensure a coordinated approach. So, in that spirit, I want to offer Labour’s support in securing Jagtar’s release and hope you can address the questions Jagtar’s family desperately want to be answered.”

The Indian government has said Johal’s detention was based on “sufficient prosecutable evidence” and that Johal’s rights have been “duly honoured”.

He was arrested on 4 November 2017 in Jalandhar by the Punjab police for his alleged role in eight targeted killings carried out between April 2016 and October 2017 by the Khalistan Liberation Force (KLF), a banned terrorist organisation.

He is yet to stand trial in any case he stands accused in, and is being held at Delhi’s Tihar jail. He and his family strongly deny the allegations. Efforts to secure his release on bail have failed.

The report by the UN group said: “Johal is a follower of the Sikh faith. He is an online activist and contributed to a magazine and website documenting the persecution of the Sikh religious minority in India … On 4 November 2017, after his wedding in Jalandhar, Punjab, Johal was abducted by 15 unidentified men in Rama Mandi, Jalandhar. The men did not identify themselves as law enforcement officers.” The UN claims he was subsequently tortured.

Dan Dolan’s, Reprieve’s director of advocacy, said: “Jagtar was abducted on Boris Johnson’s watch at the Foreign Office. So he has known about this case for almost five years. He’s not the only UK foreign secretary to fail Jagtar, but as prime minister he could be the one to bring him home.”

Johal’s brother, Gurpreet Singh Johal, said: “My brother is still in prison because of UK government inaction. We need him back here in Dumbarton with his family. This letter ups the pressure on Boris Johnson to do what’s right and seek Jagtar’s immediate release.”
#Boris Johnson  #Johnson
Add Comment